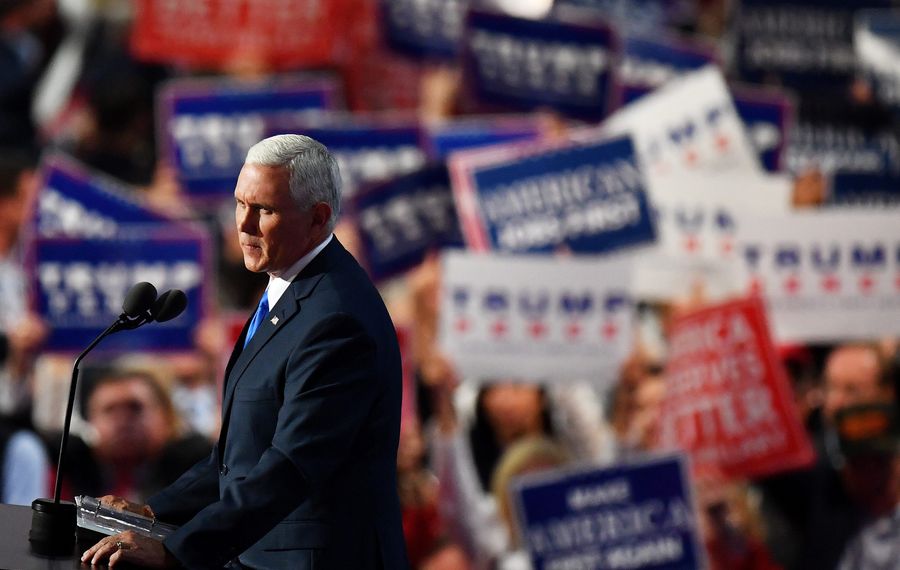 1. Republicans are angry – at each other. Standing right in front of Texas Sen. Ted Cruz, the last man standing other than Donald Trump during the Republican primaries, the New York delegation heckled him, calling on him to endorse the GOP nominee, prompting him to sarcastically say: “I appreciate the enthusiasm of the New York delegation.” Cruz never endorsed Trump – and so the boos erupted, filling Quicken Loans Arena. It was the most dramatic moment of a largely dull gathering, and the strongest sign yet that the Republican Party goes into the general election still deeply divided.

2. And that anger is getting frightening. When has the wife of a U.S. senator and former presidential candidate ever had to be escorted from a convention by security, for her own safety? Never. But that’s just what happened to Heidi Cruz last night after the angry mob turned on her, mocking her by shouting the name of her employer, “Goldman Sachs! Goldman Sachs!” as if it were a dirty word. It was an unforgettable, terrible moment. This is political America in the age of trolls and shout-show provocateurs, and it’s ugly.

3. Ted Cruz is running for president again. Even though he never endorsed Trump, Cruz did not deliver the speech of a sore loser. He delivered the first speech of the 2020 (or 2024) presidential race, outlining a populist small-government message that even included an olive branch to the LGBT community – something unheard of in a Cruz 2016 speech. Everything about it was astonishing: the writing, the delivery, the gall and especially the response: a smattering of cheers and enough boos to drive a weaker man off the stage. But in the face of boos, he took a bow.

4. Newt Gingrich, peacemaker? After Cruz urged that voters to vote their conscience – and conspicuously neglected to point them to Trump as the way to do that – the former House speaker took the stage and ad-libbed a response that aimed to bring the fractured Republican Party together. Voting your conscience means voting for the one candidate who will uphold the Constitution – and that one candidate is Donald Trump, Gingrich said. It was a brilliant, Newtian attempt to assuage the anger. But will it change anybody’s mind? Probably not.

5. Poor Mike Pence. His introduction was supposed to be Wednesday night’s lead story. Instead, Trump’s vice presidential nominee proved to be a late-night afterthought. Unlike Gingrich, he did nothing to try to bring the deeply divided GOP together. Instead, he merely stuck to the script of his standard-issue GOP speech. But it didn’t come close to meeting the moment.