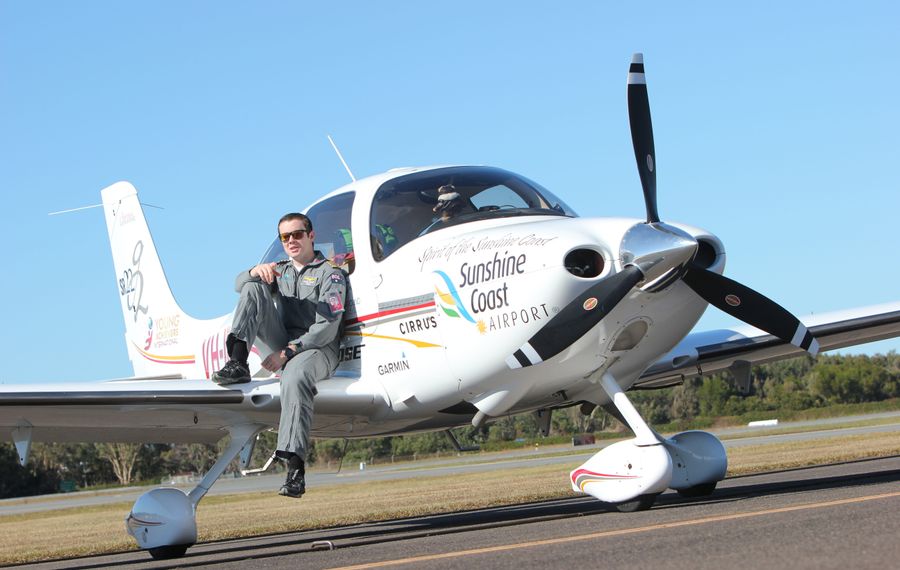 Australian teen pilot Lachlan Smart is attempting to claim the Guinness world record as the youngest person to fly solo around the world in a single engine aircraft.

On Tuesday afternoon he landed in Niagara Falls, the ninth leg of 24 stops on his round-the-world odyssey.

At 18-years-old he is attempting to break the record held by South Dakota-born Matthew Guthmiller who completed his famous flight on July 14, 2014 at the age of 19.

“I’m almost halfway. I think England will be halfway and that’s just two or three stops down the road,” said Smart shortly after he landed.

His first goal was to get some food and then some sleep, but he said in his three-day layover for refueling and planning, he also plans to see a bit of the city, from the ground, rather than the air.

“There’s a lot to see here and I love the landscape that surrounds it,” Smart said of his first impressions of Western New York.

Smart, who started his trip just over two weeks ago on July 4 in Queensland, a northern state of Australia, has been planning his trip for over two years.

Why is he doing this? “I have a message that is very close to my heart for young people about achieving goals. The world record will be cool and flying around the world is amazing, but the real reason is that I want to say to other young people to get out there and push themselves farther than they thought they could go.”

He said he plans to launch a youth driven and focused start-up consultancy next year.

Smart himself was motivated by other young people, including fellow Aussie adventurer Jessica Watson, who sailed around the world at 16. He said she made him think, “I’ve got to do something like that some day.” He has also become friends with Ryan Campbell, also of Australia, who flew solo around the world in 2013 and held the record prior to Guthmiller.

“I’d love to go and see the Falls at some stage. In think that would be absolutely phenomenal. I would like to see them from the ground as well as from the sky before I leave in a few days. I’d love to get out and explore,” said Smart.

Smart traveled to Nadi, Fiji, Pago Pago in American Samoa with an overnight stop in Kiribati before flying to Hawaii. Weather conditions caused by Hurricane Blas delayed his flight to Hollister, California, but after his challenging 13-hour voyage to the American mainland, he has had a smooth trip, stopping in Nashville before coming to Niagara Falls.

Niagara Falls is his final stop in the United States. He plans to fly to St. Johns in Canada before he crosses the North Atlantic, then on to the Azores, the UK and a long trip back to Australia via Europe, the Middle East and central Asia.