CLEVELAND – New York’s top Republicans stood with their arms draped over each others’ shoulders at 7:10  p.m. Tuesday – precisely when Donald J. Trump Jr. cast the state’s deciding votes that nominated Donald J. Trump Sr. as the Republican candidate for president.

State Chairman Edward F. Cox – familiar with the ritual as the son-in-law of President Richard Nixon – stood with his delegation directly below the podium, crowded in by almost 100 snapping photographers. He addressed the chair, rattled off impressive Trump statistics from the April primary, announced New York would cast its votes, and then ceded the microphone to the candidate’s son.

The younger Trump, with his brother and two sisters standing behind him, then made it official: “It is my honor to be able to throw Donald Trump over the top in the delegate count tonight with 89 delegates.”

The long effort of the New York Republican Party, embracing its most unconventional candidate ever, had finally come to fruition. Trump became the first New Yorker since Franklin D. Roosevelt in 1944 to be nominated for president. 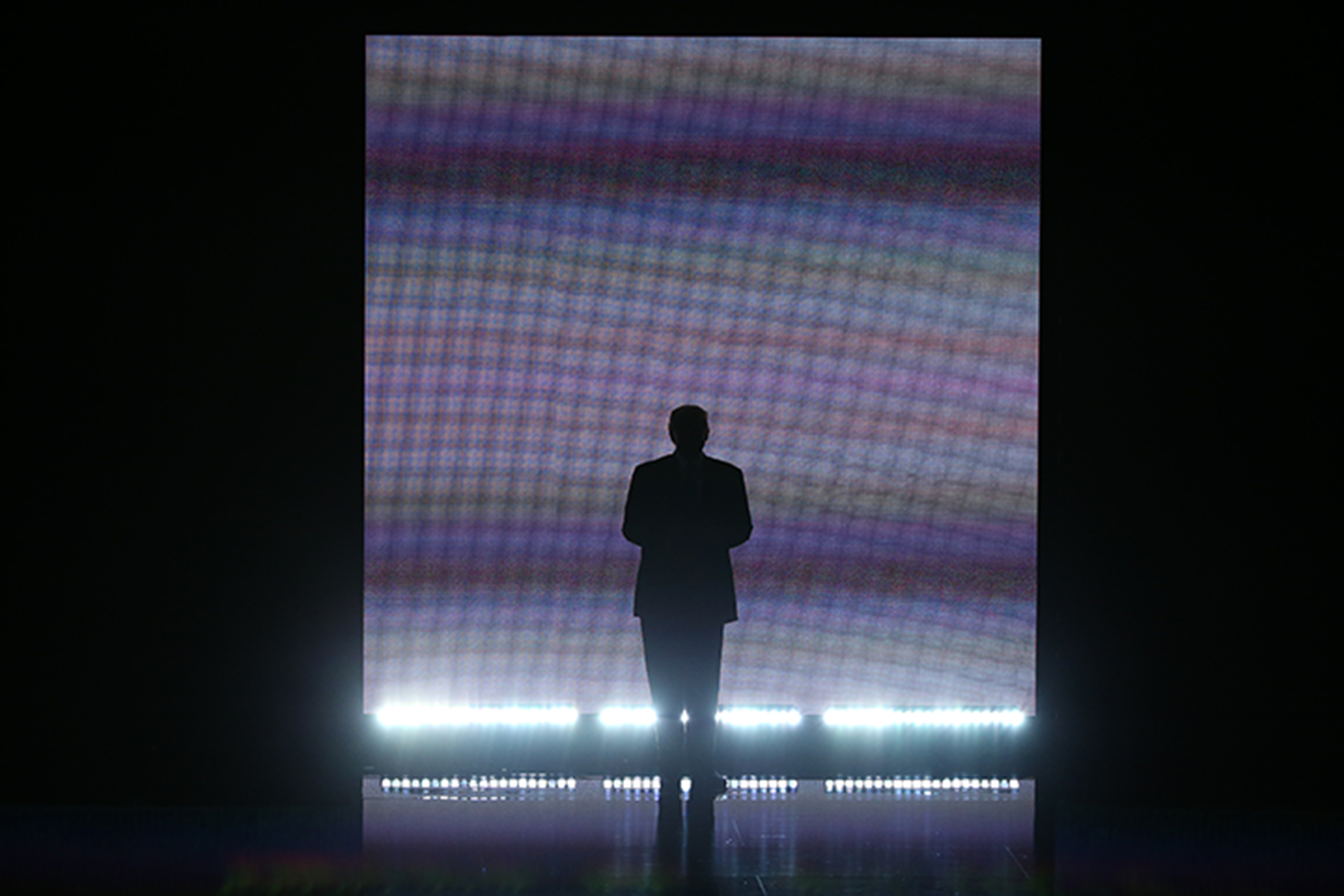 The Younger Trump’s  short speech also spoke of his “incredible honor” to observe his father’s campaign as a “small fly on the wall.”

“My father [created] this movement, because it’s not a campaign any more but a movement,” Trump Jr. said, “speaking to real Americans and giving them a voice.”

“We’re going to put New York in play this time around” he added.

The vote had been preceded by drama as everyone in the big New York delegation realized they had been given a front row seat to history. Former Sen. Alfonse M. D’Amato sat in the rear as current GOP honchos crowded around Cox and the microphone. 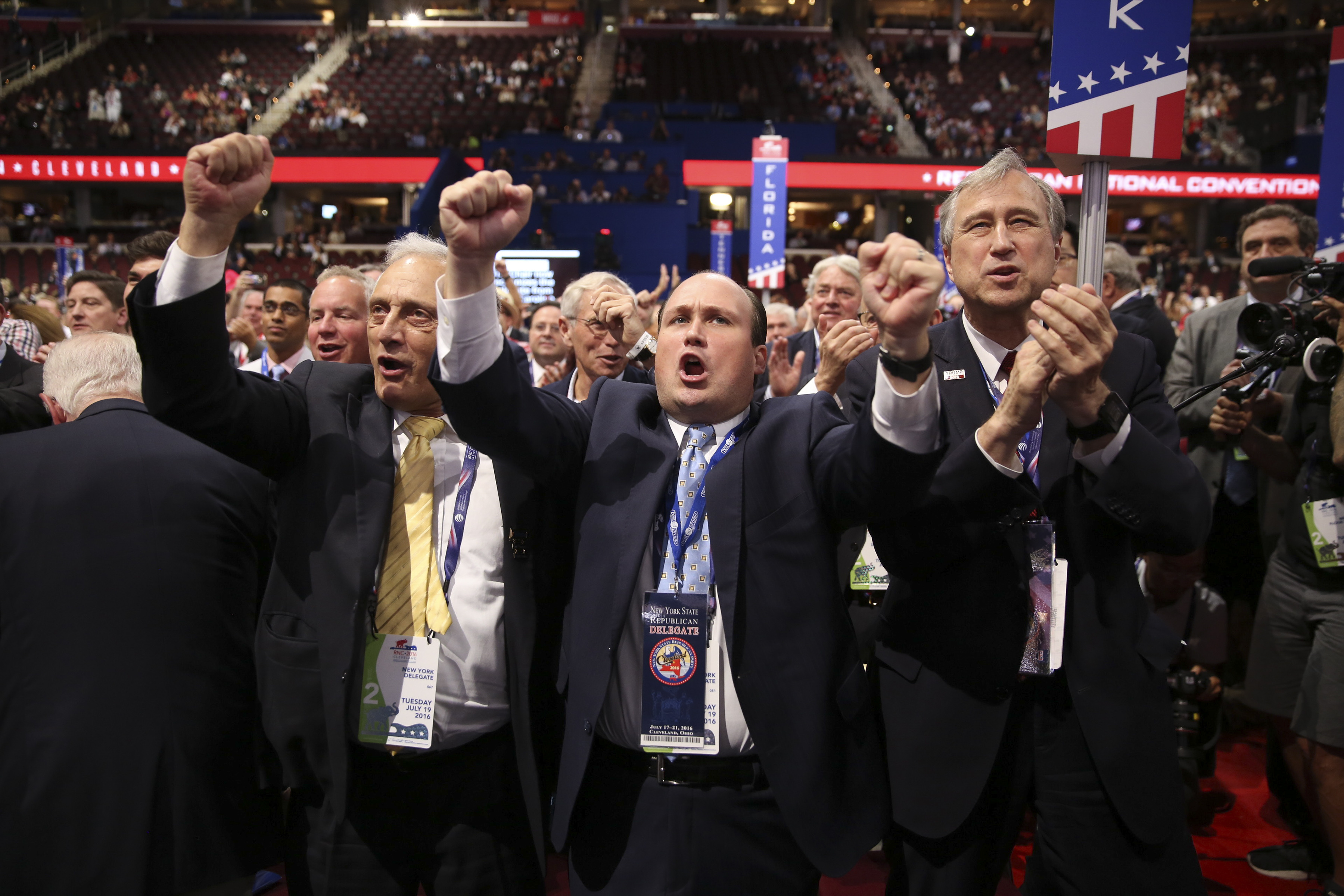 Earlier they sat together in the delegation’s front row seats directly below the podium – the coveted convention spot reserved for the nominee’s home state delegation.

Official messengers worked their way to Cox, whispering into his ear details on what would be expected when the moment arrived. Ushers shooed away dozens of more photographers attempting to join the already swollen swarm. In the meantime, still other top Republicans crowded in.

At 7:04 p.m., the front access row became even more crammed as four of Trump’s five children arrived with other relatives. Just a few minutes later, Cox passed on New York’s vote when his turn arrived, waiting for later when the honorary vote reserved for the nominee’s home state delegation would place him over the top.

Dan Senor, a national Republican operative, arrived early to gain a spot near the front. A roving network television reporter told his cameraman to zoom in on Senor because he was going to walk out as soon as the nomination became official.

But Senor’s attitude proved a distinct minority on Tuesday night. New York’s Republicans seemed ebullient and ready for a party.

The state’s Democrats, meanwhile, might have been watching on television – and preparing for their own nominating ritual next week when they nominate New Yorker Hillary Clinton at their national convention in Philadelphia.