If you didn't set your entire evening aside to watch the opening night of the Republican National Convention on Monday, no worries. We've summarized some of the most noteworthy worst speeches of the evening here and listed more speakers for you to look forward to today.

Most emotional speech: Patricia Smith, whose son died in the 2012 Benghazi attack. Her speech was so emotionally raw that many convention delegates cried with her.

Most caffeinated speech: Former New York City Mayor Rudy Giuliani. He might have been hoarse when his speech was over, but he did more than anyone to fire up the convention crowd. Commentators said afterward they'd never heard him that animated when he was mayor.

Most anesthetizing speech: Lt. Gen. Michael Flynn. The retired Army general droned on for 25 minutes. Don't know how many people continued to listen after, in trying to make a point about the political correctness, he said, "War is not about bathrooms."

Best celebrity speech: This is a close one. The edge goes to Scott Baio, best known as Chachi from "Happy Days" and his role in "Charles in Charge." He was such an interesting speaker choice that his name was the second most trending on Google after Melania Trump. His best line: "For you first time voters, it’s important for you to know what it means to be an American. It doesn’t mean getting free stuff." 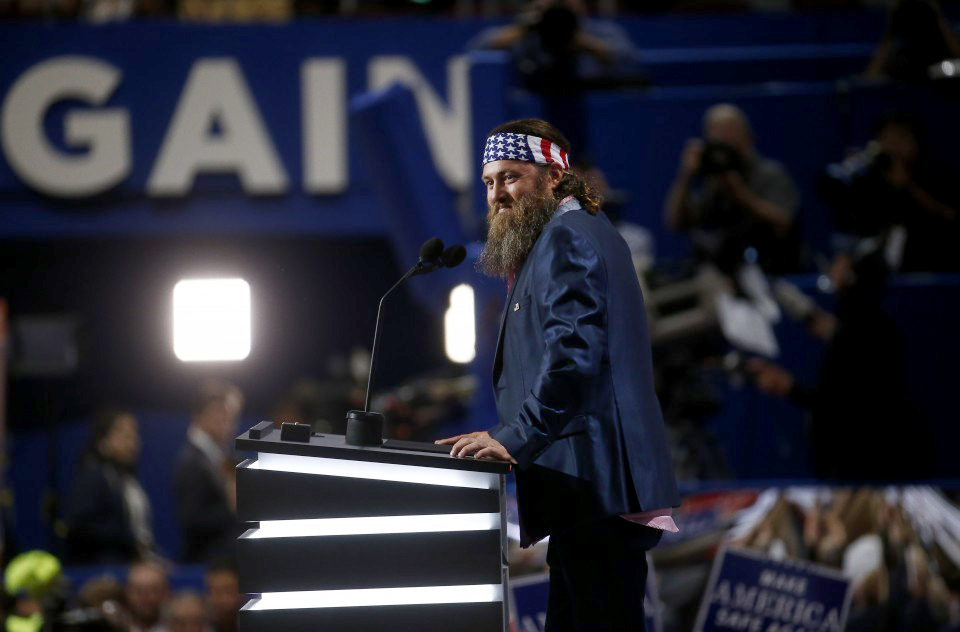 Best bearded speech (aka 2nd best celebrity speech): Willie Robertson, star of Duck Dynasty. He was brief, funny and sincere. All good. Best line: "I’ve always said that me and Mr. Trump have three things in common: We’re both successful businessmen – although I flew commercial here and I’m guessing he didn’t  – we both have hit television shows, and we both have intelligent wives who are much better looking than we are."

Shortest speech: Donald Trump. No joke. Trump broke convention tradition by showing up on the first day of the conference to introduce his wife, Melania. Despite his flashy entrance, he gave the shortest introduction of any speaker on stage Monday. He said, "We’re going to win. Thanks so much, ladies and gentlemen. We’re going to win so big." Then he said, here's Melania, and that was it.

Biggest mistake speech: Melania Trump is the clear winner in this unfortunate category. Her speech was considered a success by both delegates and political pundits until an eagle-eyed journalist noticed striking similarities between her speech and the one given Michelle Obama in 2008.

And now for a look at the speakers on tap for Tuesday.

Tuesday's list of speakers are focusing on the theme "Make America Work Again." The speakers range from small-business owners and former Republican primary candidates to Trump's family members and business colleagues. Two of Trump's children, Tiffany and Donald Jr., are in the prime time line-up. 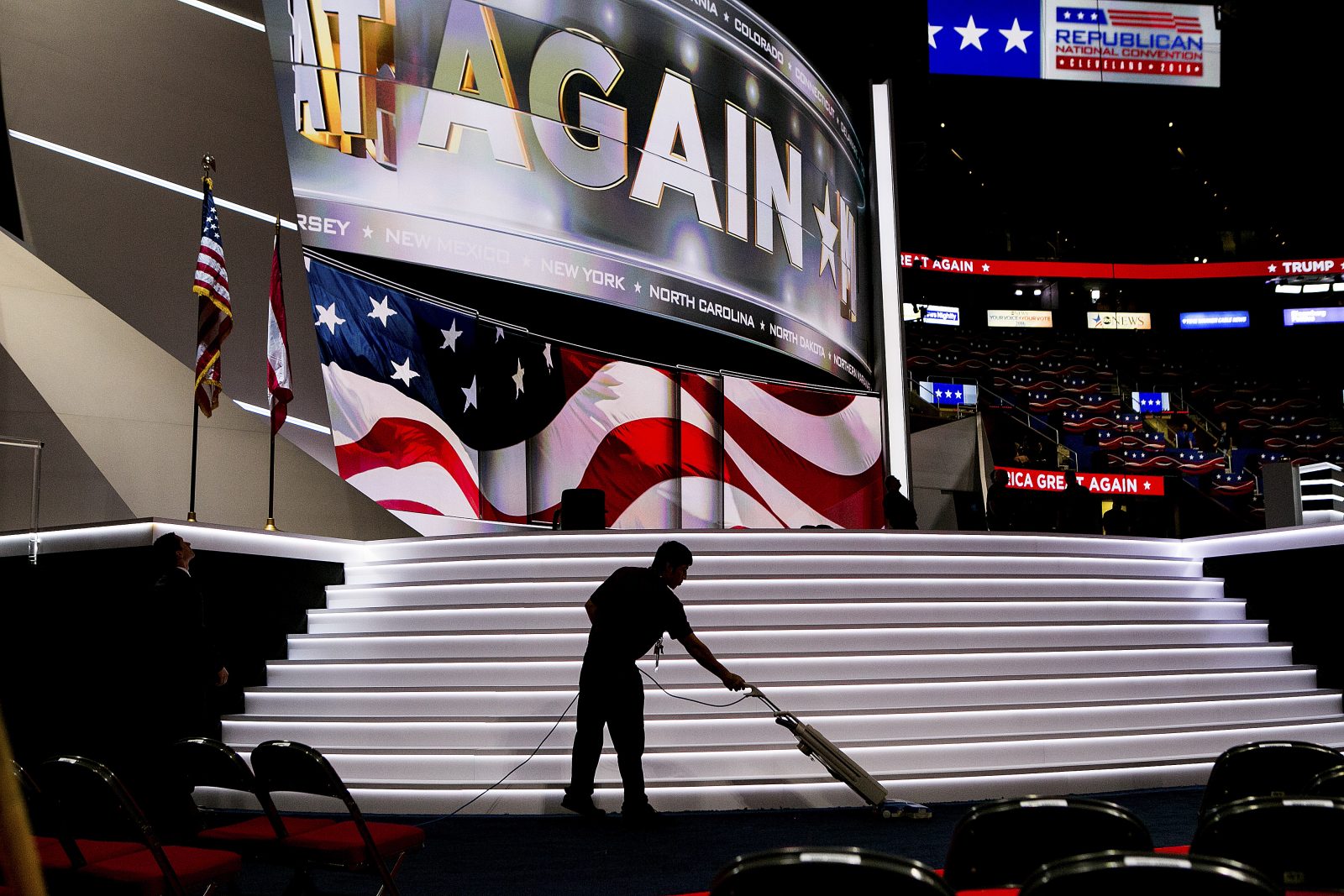 A worker vacuums the floor in the Quicken Loans Arena on Day Two of the Republican National Convention. (Sam Hodgson/New York Times)

Paul Ryan, R-Wisconsin, speaker of the U.S. House of Representatives.

Chris Christie, governor of New Jersey and presidential candidate in the 2016 Republican primary

Kimberlin Brown, actress best known for her roles in the television dramas The Young and the Restless and The Bold and the Beautiful, Kimberlin Brown is also a California avocado farmer, host of The Design Network’s interior designer show Dramatic Design, and a small business owner.