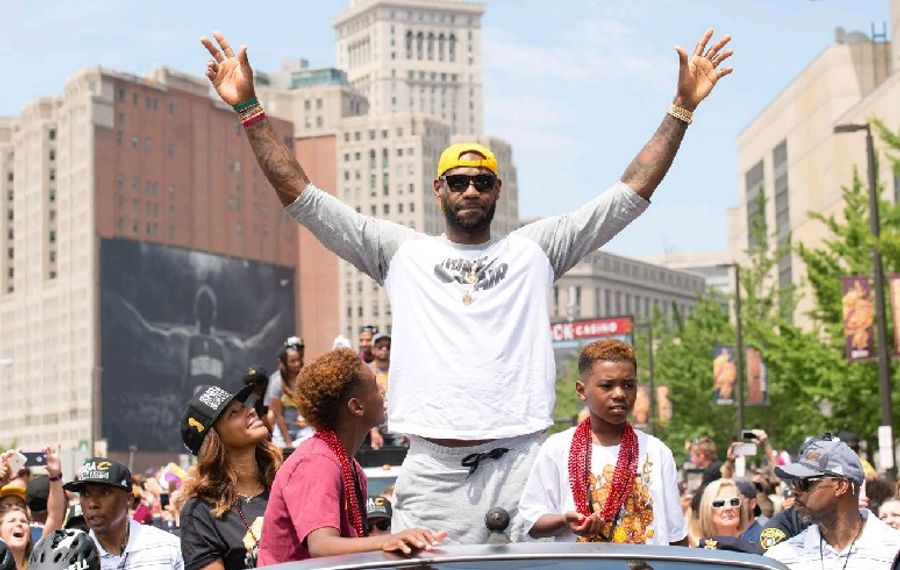 LeBron James trumped all of the convention chatter in Cleveland Monday.

Sources told ESPN that the free-agent James intends to re-sign with the Cleveland Cavaliers for the upcoming season.

James, of nearby Akron, Ohio, was the NBA Finals most valuable player in leading Cleveland to its first major professional sports championship since 1964.

More than 1 million people invaded Cleveland's streets last month to bask in the glow of the championship trophy in a celebratory parade.

Local officials told NBA.com that it was the perfect trial run for the northeastern Ohio city, which finds itself back in the spotlight this week with the Republican National Convention.

Only about 50,000 people are expected to crash the city for the convention.

The difference, however, could prove to be the adversarial nature of the proceedings, according to the report.

Not everyone agrees with the Republican platform, and protesters are taking to the streets to let the party, and expected nominee Donald J. Trump, know that.

Clevelanders, by and large through, should be in an affable frame-of-mind no matter what their politics are.

That's because once Trump exits the stage at Quicken Loans Arena Thursday night, it'll be returned as the home court of James, their hometown hero.