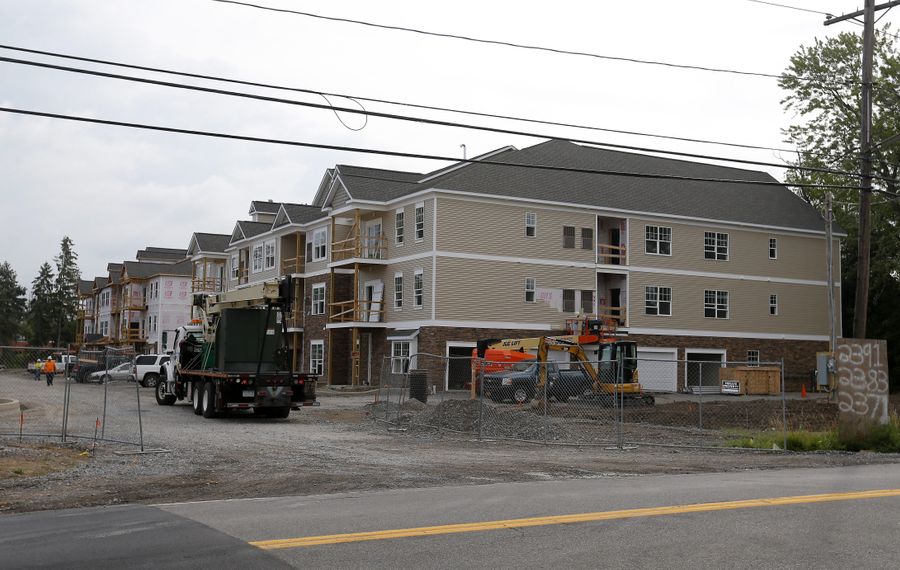 Building Buffalo is a regular feature highlighting progress on development projects throughout the region.

Lowdown: A fast-moving new $16 million apartment project in Amherst is heading rapidly toward completion of the first of three new three-story buildings, taking advantage of the site’s proximity to the University at Buffalo’s North Campus just down the street.

Robert Savarino’s RAS Development Company is erecting the Muir Lake Luxury Apartments on the north side of North Forest Road, consisting of 90 apartments of various sizes, renting for between $1,184 and $1,790 a month. The four-acre property consists of four parcels at 2371, 2383, 2391 and 2405 North Forest that Savarino and his partners bought from Ronald Papa, president and owner of National Fire Adjustment Company, which is headquartered next door at the corner of North Forest and John James Audubon Parkway.

Two buildings will contain 26 apartments each, while the third has the remaining 38. The buildings will open in stages, with the first slated for completion and occupancy in September, followed by the second in October and the third in March 2017.

Each unit will feature stainless-steel appliances, quartz countertops, vinyl plank flooring, laundry hookups and patios or balconies. Separate storage will also be available, along with garages and surface parking. Tenants will also have access to the pool, tennis courts and clubhouse of the adjacent Audubon New Community, as well as its walking paths and playgrounds.