The FC Buffalo substitute striker potted two goals in a two-minute span in the second half of the Wolves' 2-0 win over Indy Eleven NPSL, in front of over 1,000 fans Friday night at All High Stadium.

"Kenny is an unbelievable freak of an athlete and will finish when he has a chance like that every time," FC Buffalo head coach Brendan Murphy said following the match.

In the 65th minute, reserve midfielder Cameron Harr -- who'd entered just two minutes prior -- played a pass in behind Indy's center back Nick Strack. McFayden accelerated to beat Strack to the ball, lowered his center of gravity and zoomed in on a breakaway, tucking a low shot under the diving Cody Schweitzer.

"I noticed from the first half that their defenders were slow, their center backs weren't very quick off the ball," explained McFayden, who entered the match at halftime. "I told the guys when I first came in to make it a footrace between me and them and I'll do the rest." 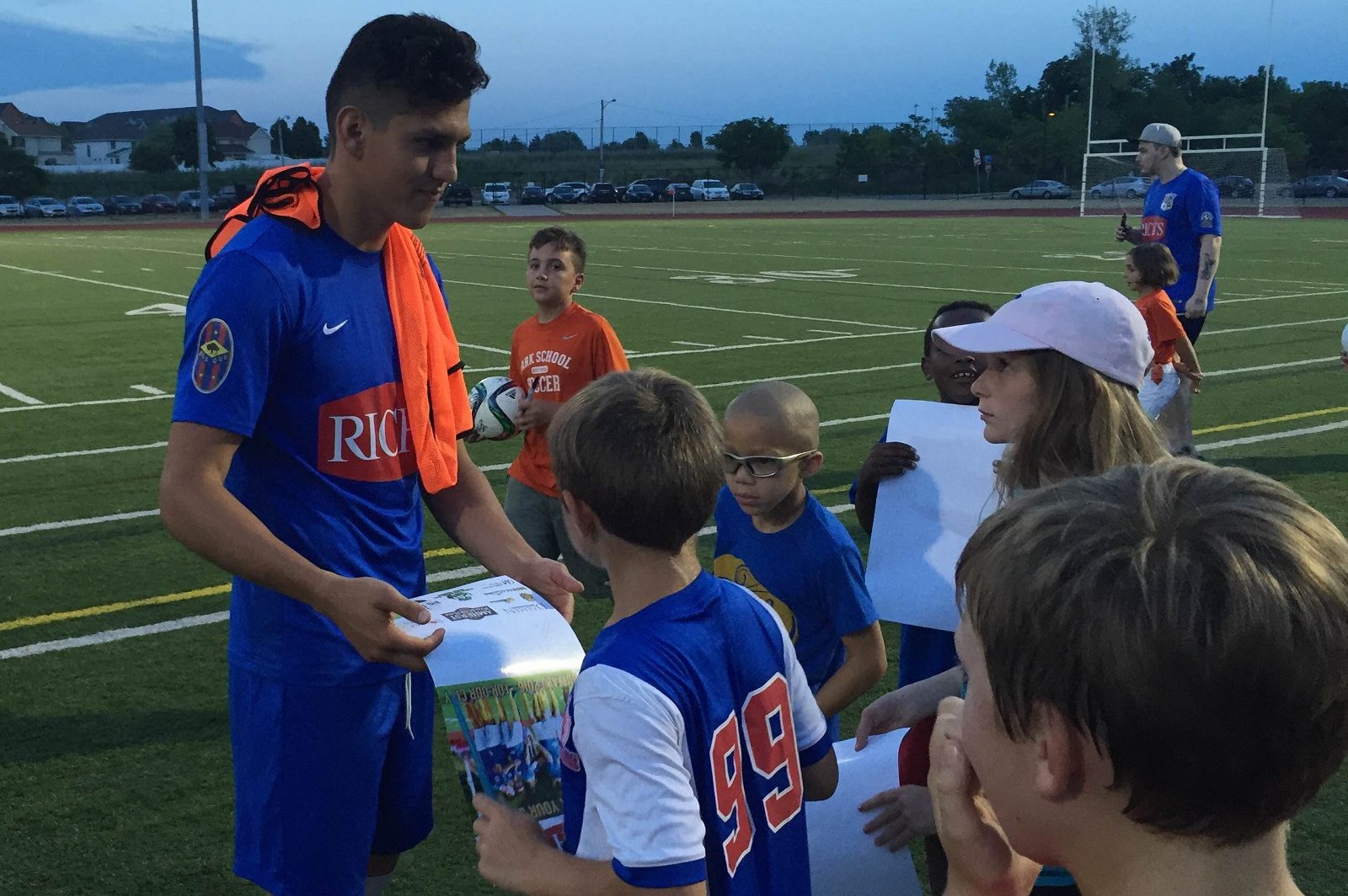 Two minutes later, McFayden drifted to the right touchline as Philip Persson settled the ball and turned. Sprinting diagonally off the left center back's shoulder, the former Rochester Rhino ran on to Persson's well-weighted pass behind the defense and finished high over the keeper. (You can see video of the goal here).

"I just waited for the right time to make the run," said McFayden. "I knew that if I stayed onside I'd beat them to the ball regardless, so it was just a matter of timing."

*WORTHY SENDOFF: Although FC Buffalo had already been eliminated from playoff contention following last Saturday's draw against Erie, the Wolves didn't go out with a whimper.

"I'm happy for the [players], the fans and everybody that came out to the game, that we could do something special and put a decent performance together and send these guys off on the right note," Murphy said. "We put in a lot of work all year; everybody [on the team] sacrificed something to be here."

In their previous meeting, the Wolves blew a 2-1 second-half advantage but wound up with a point, drawing 3-3 in Indiana. Had FC Buffalo pulled out that match as well as tonight's, they would have leapfrogged Indy into the second playoff spot in the Great Lakes East. 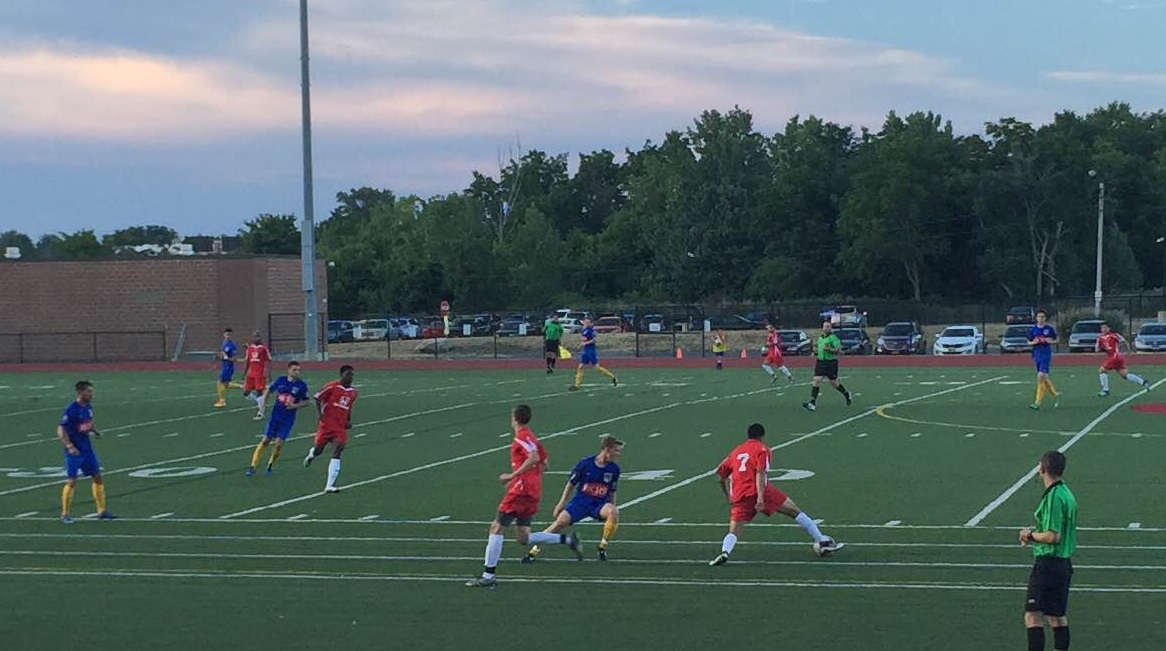 FC Buffalo close their season above .500 with five wins, three losses and two ties, but miss the playoffs for the third consecutive year.

Knowing that this would be their last match of the summer, the Wolves players made the most of it -- for themselves and the fans.

"I've loved playing here and playing in front of these fans has been excellent," said Scotland native Jack Donaldson, who will return to Hartwick College for his senior season this fall. "They've come and supported us all over the place, their drums and singing, you can't ask for much more -- it's been brilliant." 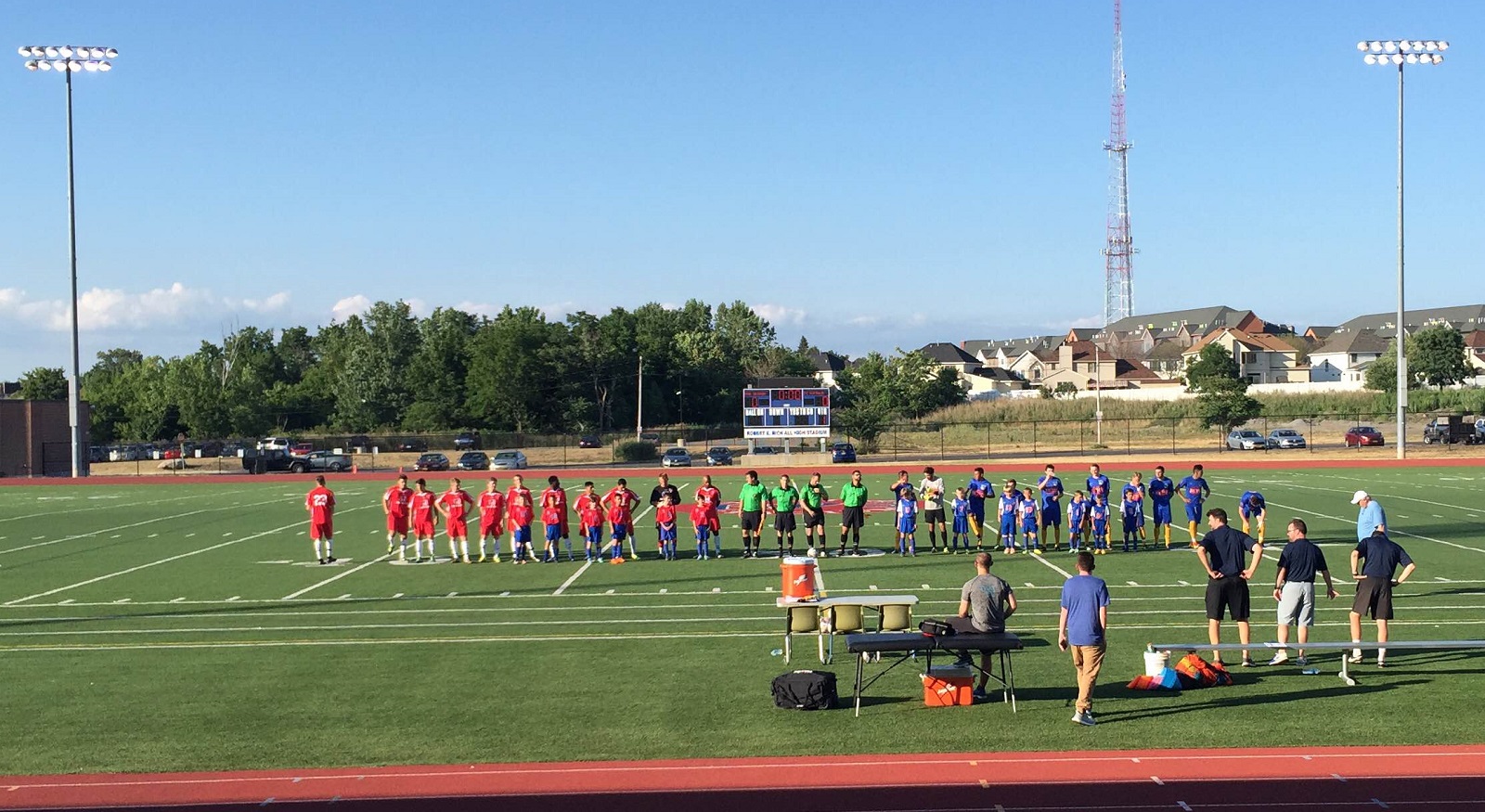 NOT HANGING THEM UP YET: McFayden, who turns 28 in September, is the only FC Buffalo player born in the 1980s. He's two years older than anyone else on the squad and, unlike many of his teammates, doesn't have a fall slate of soccer ahead. An All-NPSL player in 2015, he saw his role decline this summer due to FC Buffalo's wealth of gifted center backs.

McFayden will joke that he only keeps playing so he doesn't get fat, but there are other reasons why he hasn't hung up the cleats yet.

"I don't think I'm done yet," McFayden said. "I still feel good -- it might take a little longer to recover, but it's still worth it every day coming out here, especially when you meet guys like this every summer, keep in touch and watch them continue their careers. If I can help at all, I try to."

*WHAT'S NEXT: While AFC Cleveland and Indy Eleven NPSL will compete in the NPSL Midwest Region semifinals on July 22 at a location still to be determined, FC Buffalo's season is over. Stay connected with BN Soccer to follow how the Wolves players fare collegiately this fall.

Email Ben Tsujimoto, who was asked to sign zero autographs tonight, at btsujimoto@buffnews.com