Adam Weir, the 2013 Buffalo News Player of the Year at Canisius High School, announced Wednesday that he will not return to the Canisius College men's basketball program.

Weir, who has completed his undergraduate studies in business management, would have been a junior athletically this coming season.

He was a two-time All-Western New York first-team selection at Canisius High. 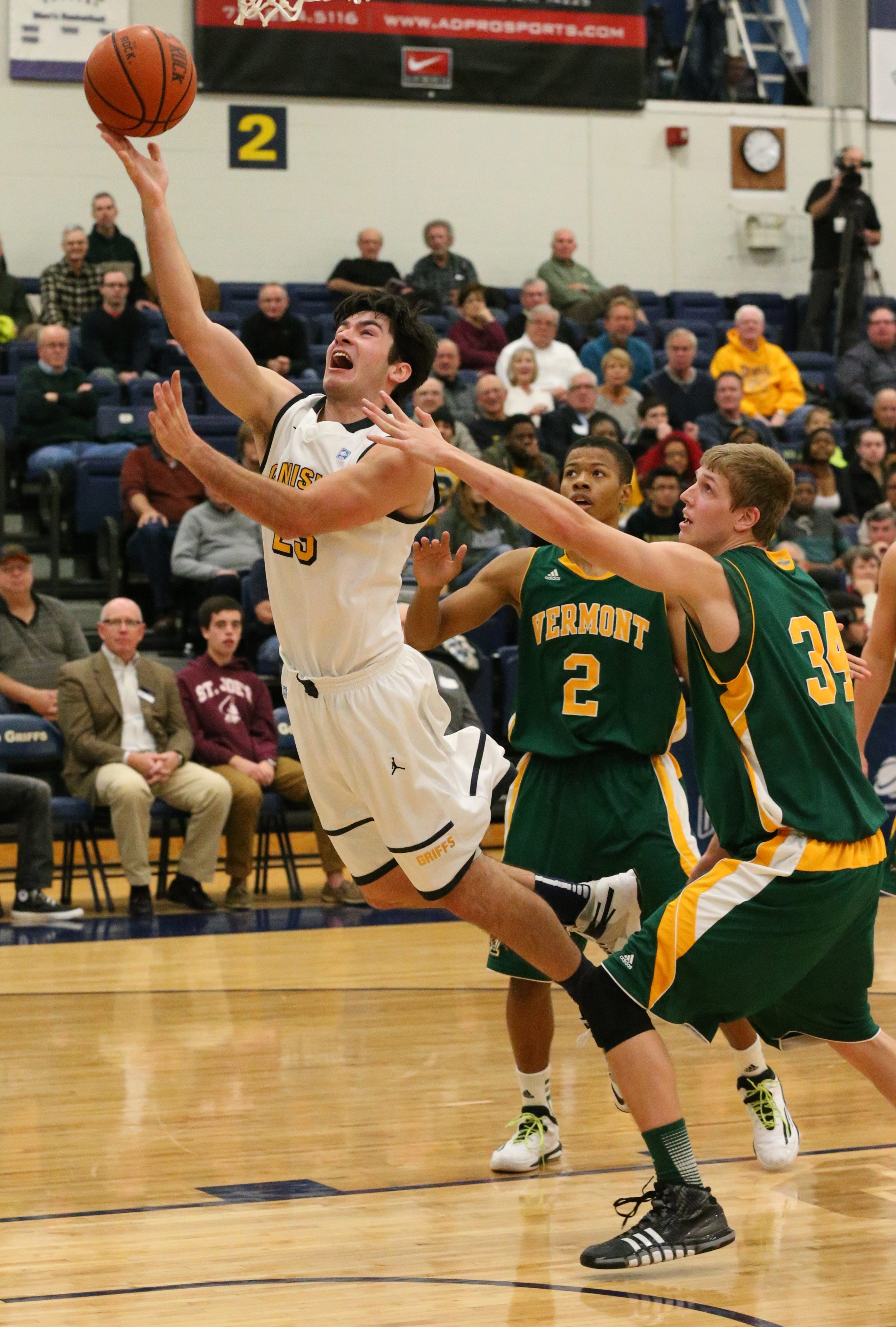 Canisius' entire press release is below.

Canisius junior Adam Weir announced today (July 6) that he has chosen to not return to the Golden Griffin men’s basketball program for the 2016-17 season. Weir has completed the course work necessary to earn his undergraduate degree in business management from the College and plans on pursuing his MBA.

“I would like to thank everyone at Canisius College for the opportunity to play Division I college basketball,” Weir said. “Right now, I plan on focusing on my academics as I finish my college experience.”

“We are very proud of Adam and all of his efforts that it took to graduate from Canisius College in three years,” Canisius head coach Reggie Witherspoon said. “It shows his priorities were in place and while we were looking forward to coaching him, we are happy for his achievement and his aspirations going forward.”

The Tonawanda, New York native played in 52 games as a Griff. He scored a career-best nine points in three different games, most recently at Kent State Dec. 12, 2015. Weir was named the MAAC Rookie of the Week Dec. 22, 2014 after he helped lead Canisius to a pair of home wins over Stony Brook and Holy Cross.