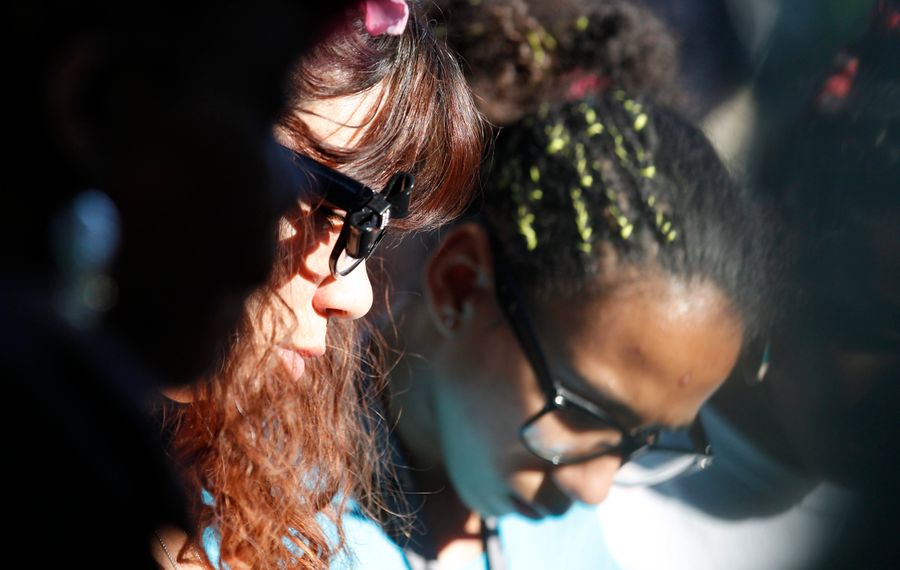 Juan “Macho” Rodridguez was inside his home on Humason Avenue early Wednesday evening, when he heard gunfire outside.

Realizing his brothers and sisters were outside playing, the 11-year-old ran to the front door to get them safely inside, away from the gunfire.

As the boy stood in the doorway, a bullet struck him.

Now, Juan and a 20-year-old man police say may have been the intended target are in critical condition at Erie County Medical Center.

Michael Clark, who identified himself as the boyfriend of Juan’s mother, said he believes Juan’s quick action saved the other children from being shot.

Clark added that his own son might not have gotten inside to safety had it not been for Juan.

Clark and neighbors described what happened:

Clark and Juan were inside the home they share with the boy’s mother, his three siblings and Clark’s 5-year-old son when they heard gunfire. The other children were outside playing at the time, and Juan ran to the front door to rescue them, Clark said.

“We were coming out of the house when we heard gunfire, and we were all coming toward the front door, and he was in front of me. When he opened the door to let his brothers and sisters in, that’s when he was shot,” Clark said.

Clark, who was standing right behind the boy, said it appeared Juan was hit in the head. Bullets continued to fly by.

Amid the gunfire, Clark said he could see from the doorway two groups of people shooting at each other, one group from a car and the other group on foot.

“They were at the corner, and the dudes were standing right here,” Clark said, pointing to a spot two doors from his house. “The other group was returning the gunfire.”

“The people on the corner were in a car. These guys that were shooting (back) were about right here” on the street, doors from where Juan lives, “where you see the blood.”

He said the man who was shot hobbled for a moment, then “got to a car right here and they peeled off,” Clark said. 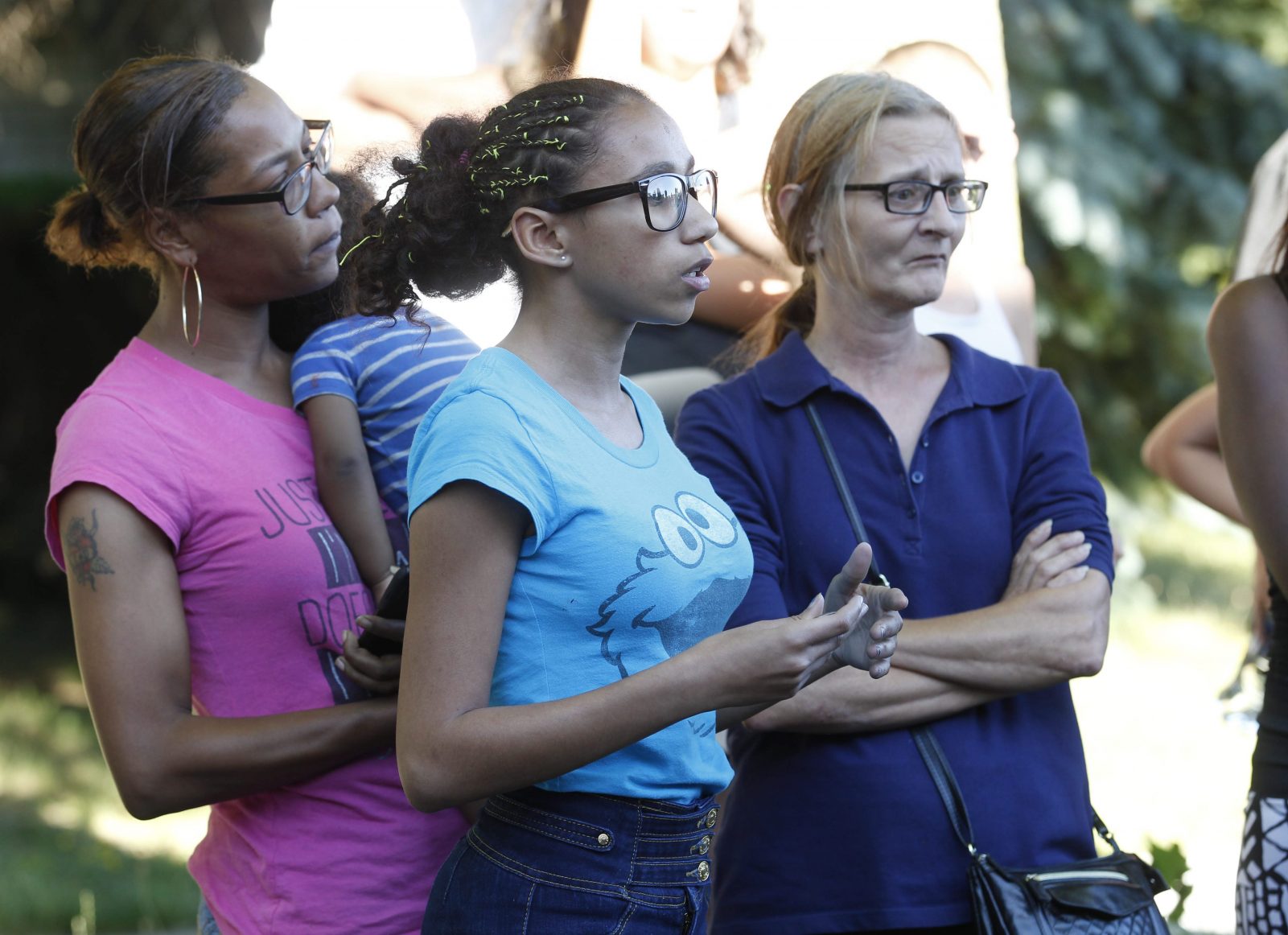 When Juan was shot, Clark said, he fell to the floor.

“I kind of patted him down a little bit to see if he was all right, and then I couldn’t find the bullet hole and that’s when – he was kind of laying back – and I saw the blood piling up on the floor. So I figured he was shot in his neck or his head. Then I ran outside to see if there were any other kids that were out here,” Clark said.

Chantel Duncan, a neighbor and friend of Juan’s mother, said she had just returned home when she heard gunfire.

“I went to the kitchen to start washing dishes, and I heard two pop pops. So I figured it was fireworks, and then I heard (a volley of shots) and then I came to the front, I looked and I called 911,” said Duncan.

Hearing the screams of Juan’s mother and a sister, Duncan said she dashed from her house and ran across the street to help.

“I walked in the house and they were in the doorway. She was talking to 911 and they told her to keep pressure, but she was so …” Duncan said, her voice trailing off.

“And I picked up the phone and they (911 dispatchers) told me, ‘Y’all gotta relax, because that will make him nervous,’ ” Duncan added.

She recalled that the boy was able to move his limbs after having been wounded.

“He was moving his arms. We started praying,” she said. 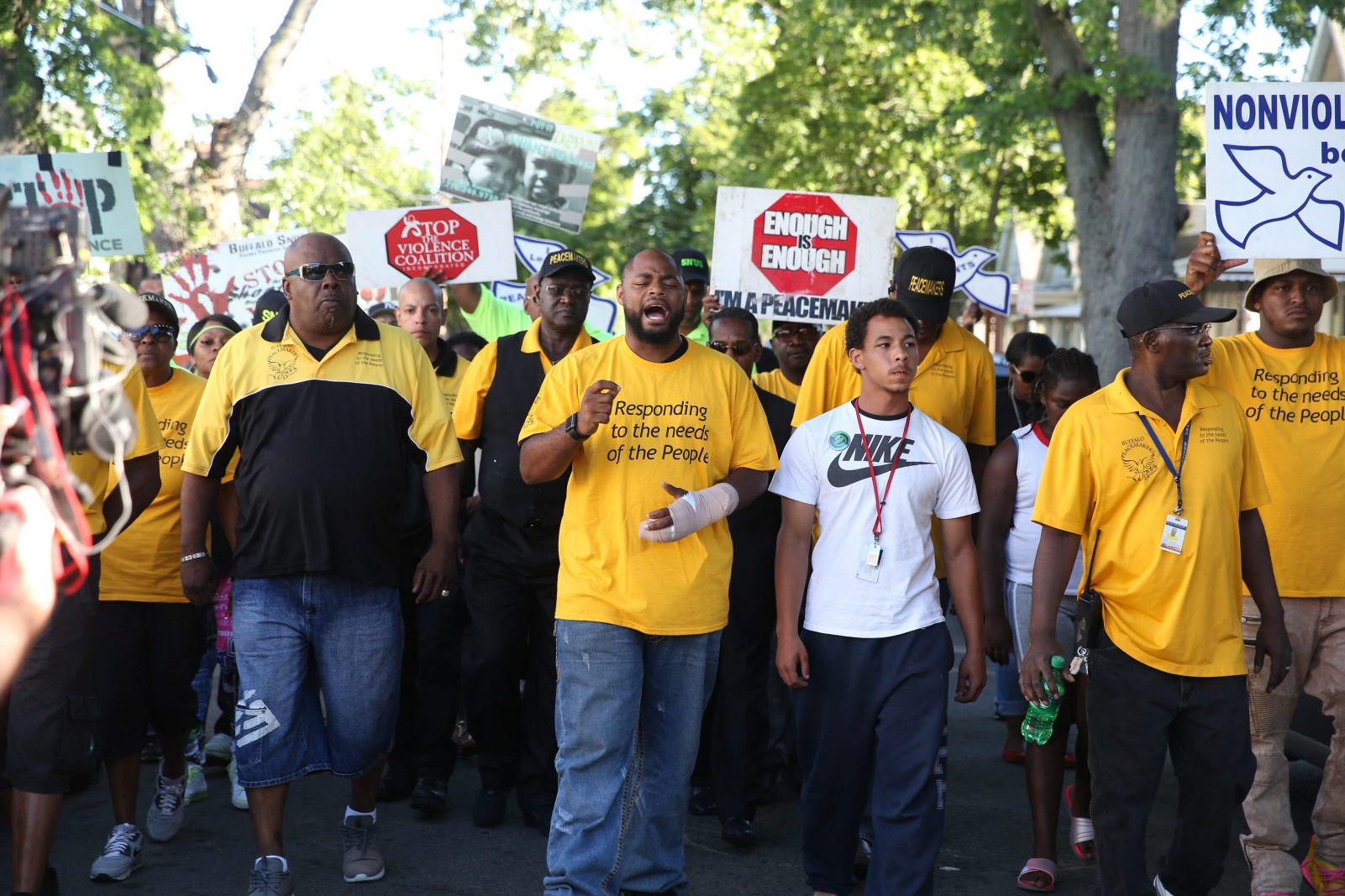 “It was unbelievable,” Duncan said of the shooting.

“I can’t imagine it. In the 18 years I’ve been living here and we never, we’ve never experienced nothing like this. It’s just unreal. It’s something you can’t fathom. I have two 4-year-olds, so it’s not safe for them to play outside,” she added.

Mid-day Thursday, a young relative of Juan returned to the house from ECMC, where the boy was recovering after surgery Thursday. The young man said the family was not prepared to make a statement to reporters, but that a vigil might be held later in the day.