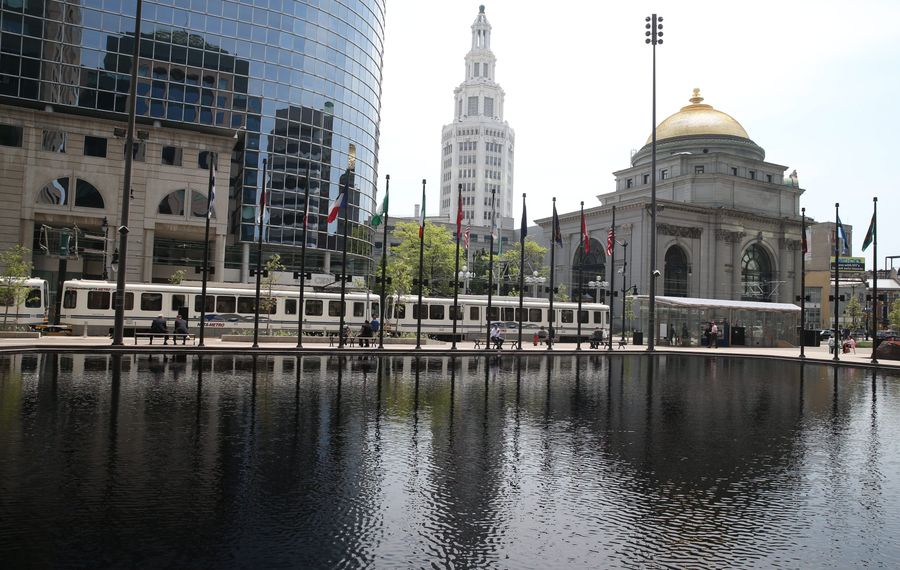 Five years after moving the Thursday at the Square concert series to Canalside, Buffalo Place is hoping to start a new summertime tradition of hanging out after work, drinking adult beverages, sampling snacks and listening to live music in the heart of downtown.

The downtown business improvement organization is launching Queen City Social, which it bills as an upscale happy hour. It starts on Thursday and runs weekly from 5 to 8 p.m. through Aug. 4 in Fountain Plaza.

The event features drinks and appetizers from a number of downtown restaurants, performances by local bands and a chance to socialize in the renovated Fountain Plaza, in which the city recently invested about $750,000 in upgrades, said Michael T. Schmand, Buffalo Place’s executive director.

If the Thursday at the Square concert series was about the music, this is more about giving people a reason to sample the offerings from the 23 new restaurants and bars that have proliferated in the heart of Buffalo in the past couple of years, he said Wednesday.

“This is all about the ambiance and this is all about bringing people downtown and giving them something to do from, like, 5 to 8, and then having the opportunity to hit the bars and restaurants,” Schmand said.

The Thursday at the Square concert series started in 1987 at the corner of Chippewa Street and Main Street, at the site of what is now Fountain Plaza, before moving to an extended run in Lafayette Square. It was known for drawing a cross-section of office workers, college students, motorcycle riders and Bohemians to the square for musical acts of every stripe, before the crowds outgrew the venue in its later years.

In 2011, Buffalo Place held the first of the Thursday concerts at Canalside, where they remain to this day. So that left an opening for Buffalo Place to do something more, Schmand said.

“We used to be in the business, and it just seems that there was something we needed to do in the summertime to draw people in the central business district,” he said. “We’re in competition with nobody else. I think our demographic is totally different than what other people are drawing.”

Buffalo Place staffers began talking about putting the Queen City Social together about six weeks ago. Crowley Webb designed the logo, and threw in the design of the poster for free. Western New York Book Arts Center did the printing, including drink coasters.

Staffers are heavily advertising the event on Facebook. “Our social media is really exploding right now with this,” said Erin Carmina, the marketing coordinator.

The venue features bathrooms, unlike the portable toilets that served generations at the Thursday at the Square concerts.

The fountain will be drained, and more than 30 bar-height tables will be set up for people to lean against while they eat and drink.

Attendees must buy drink and food tickets, with food items ranging in price from around $2 to $8, Carmina said. The restaurants at Thursday’s opening night are Jerk’s Soda Fountain and Ice Cream, Kaydara Noodle Bar, Oshun, Frankie Primo’s +39 and The Patio at 447 Main restaurant and bar. Billy McEwen and the Soul Invaders will perform.

Schmand said the six-week series will cost the same as a single Thursday at the Square concert, about $60,000, and it is being covered by sponsorships.