This morning, Quebec City's National Museum of Fine Arts' newly completed Pierre Lassonde Pavilion welcomed one of its first groups of visitors in advance of its official public opening on June 24.

The building was designed by the Office for Metropolitan Architecture's Shohei Shigematsu and his New York-based team of architects, who will begin work on the Albright-Knox Art Gallery's long-planned expansion project in September.

Below are some photos and first impressions.

The exterior contains various kinds of glass, from fully transparent to frosted and green-tinged. The front section of the building (left) features a grand public space that Shigematsu said was designed to be a kind of indoor plaza complete with a restaurant and common area. It also acts as conduit between the street (out of view to the left) and the city's sprawling Battlefields Park: 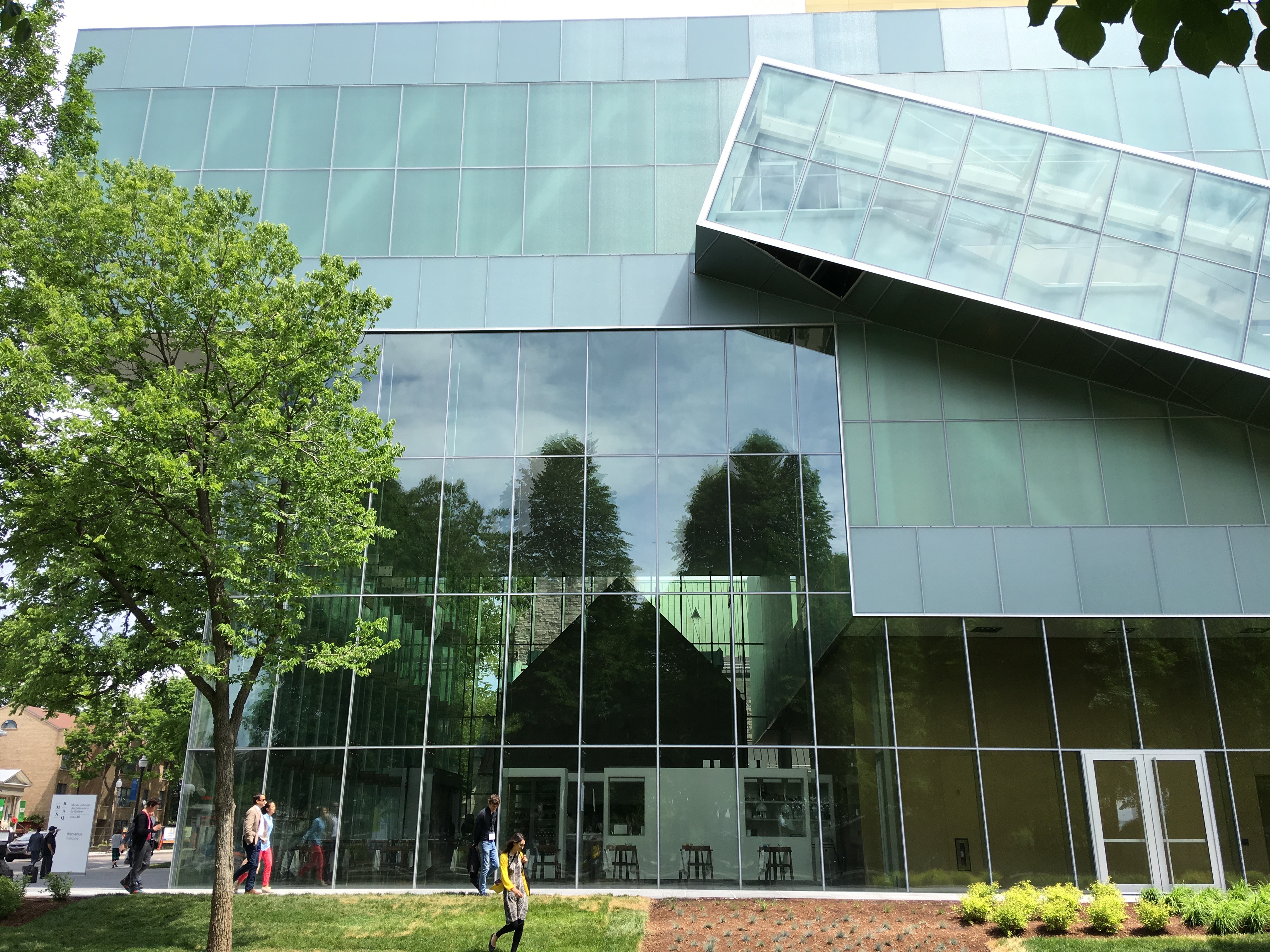 The upper portion of this floating staircase is visible in the above image. From inside, it looks quite different. It is designed both to make visitors feel they are outside the building when climbing from one level to the next, and to give people in the park a sense of the activity happening in the museum: 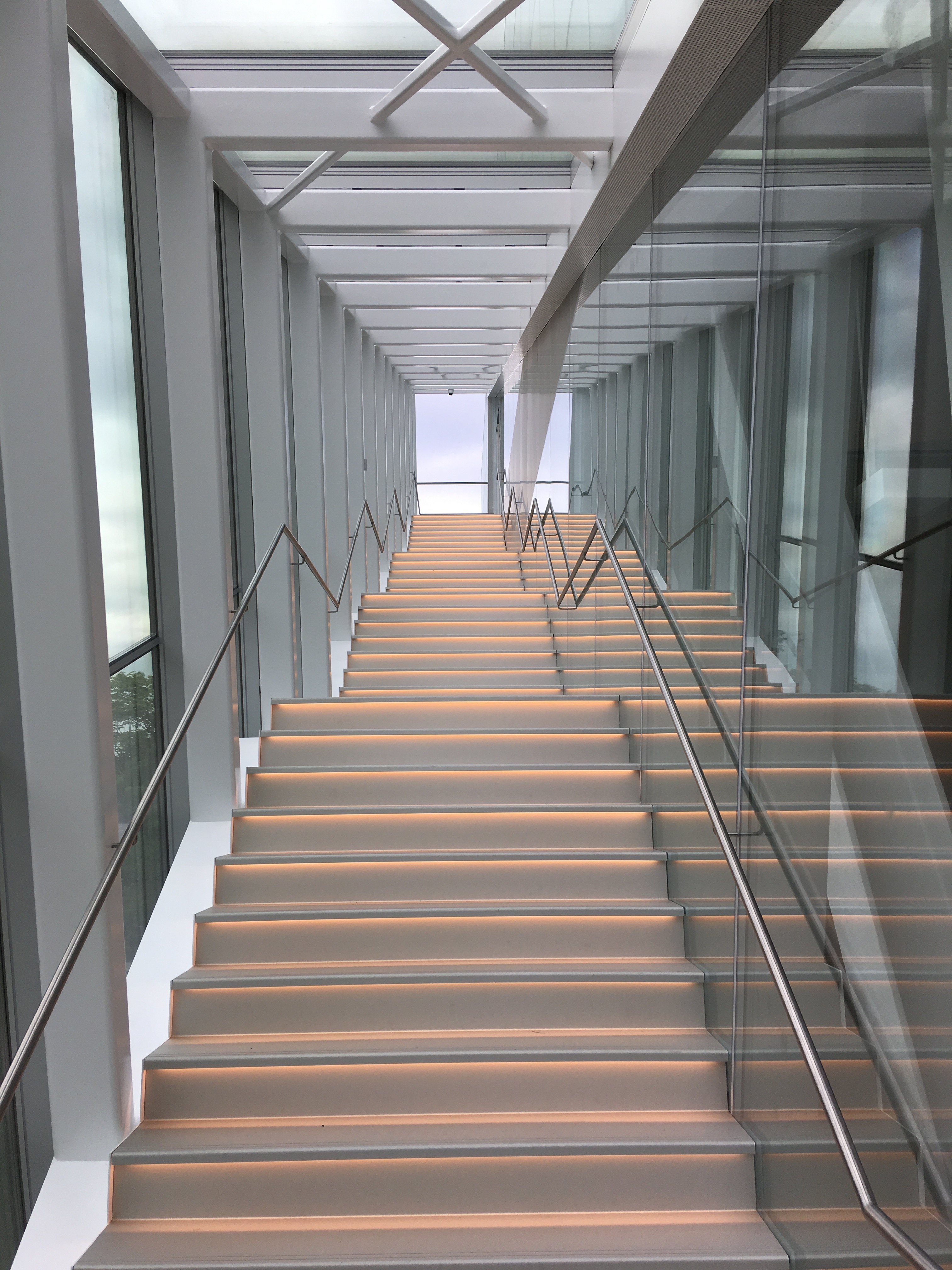 The building is tiered in three levels, with the negative space of the front filled in by a transparent public space. 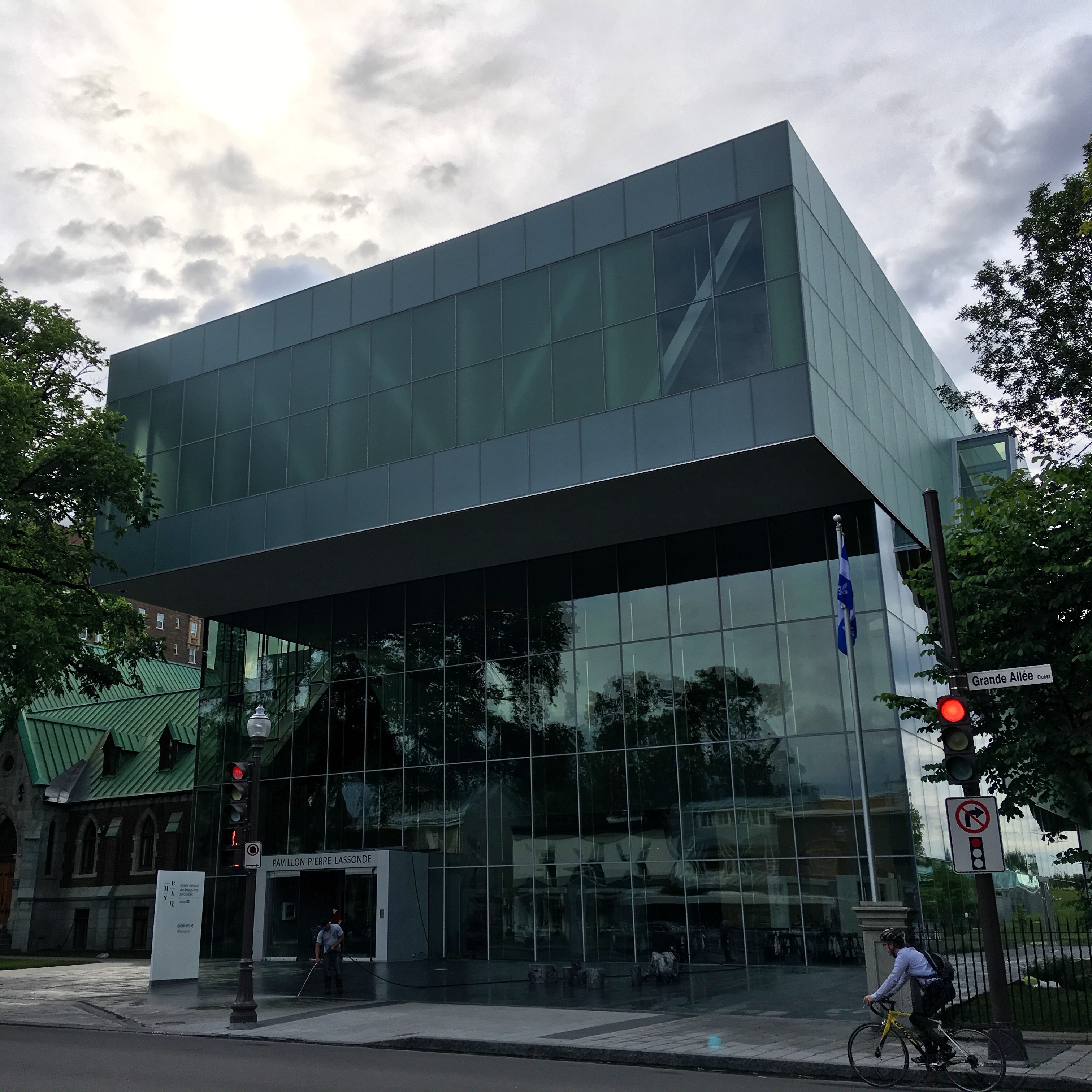 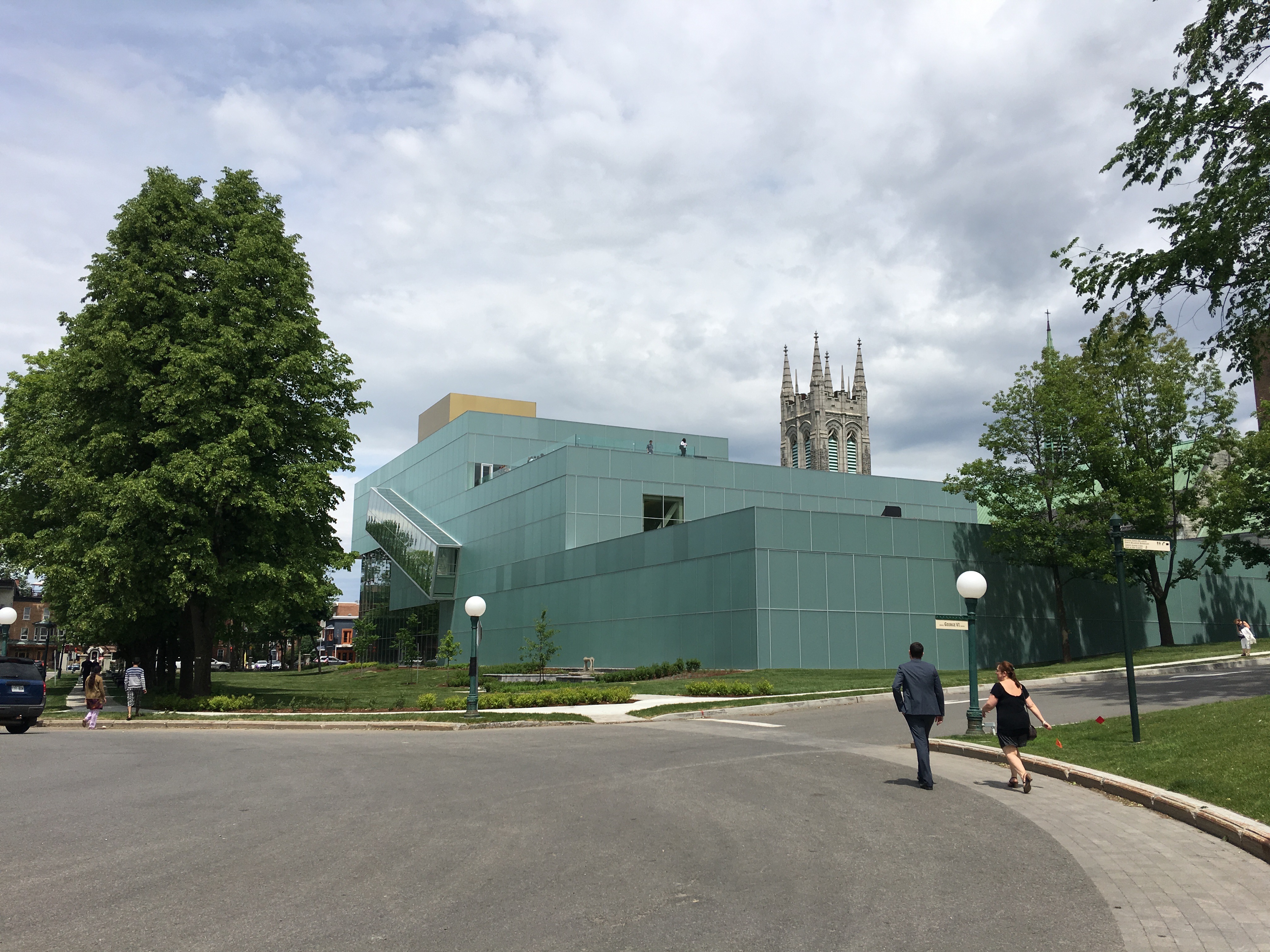 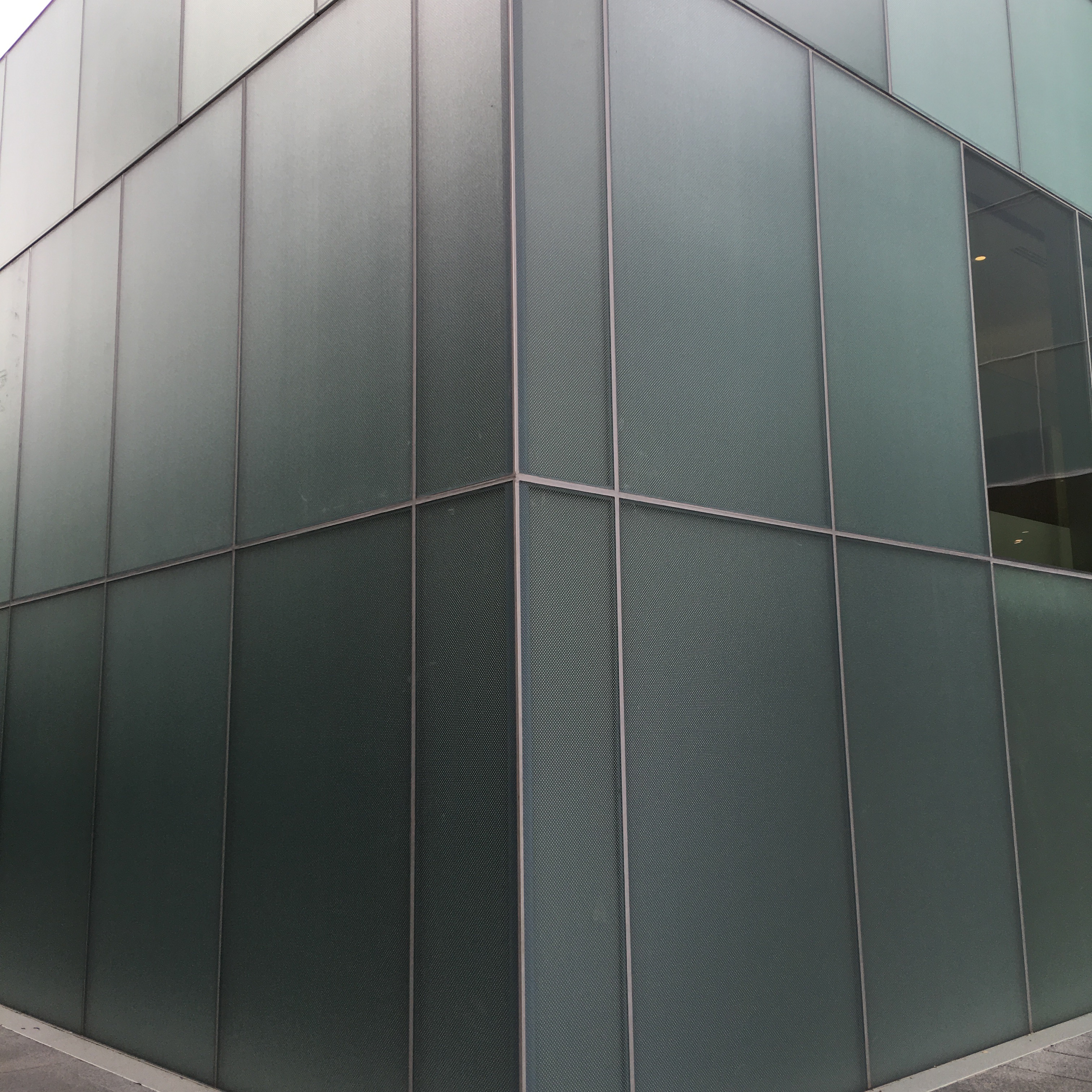 Think of it as a Tetris piece with one additional step:

On the first two levels, there is a green exterior roof, which OMA has designed to reflect the topography of the park in which the building sits: 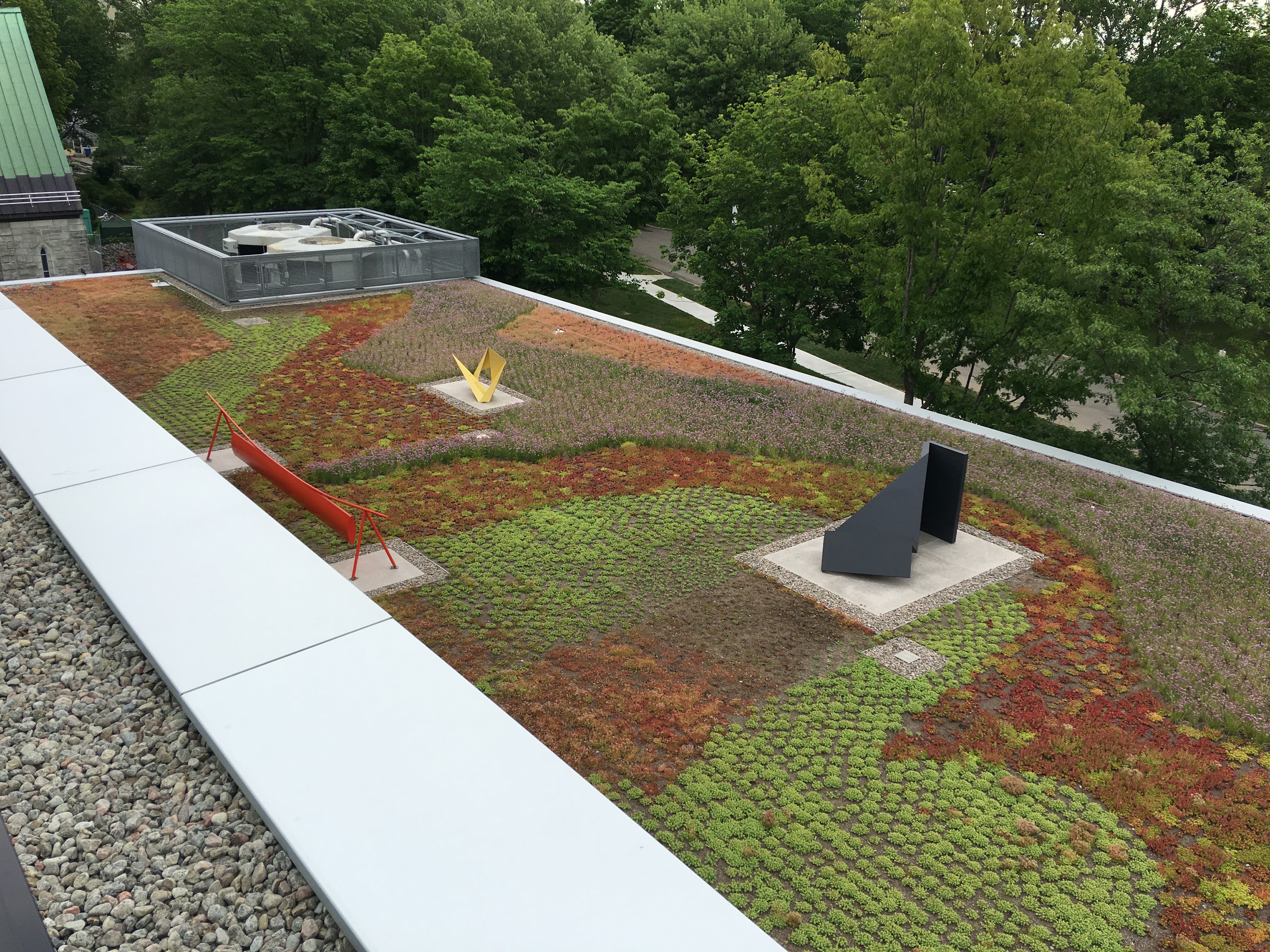 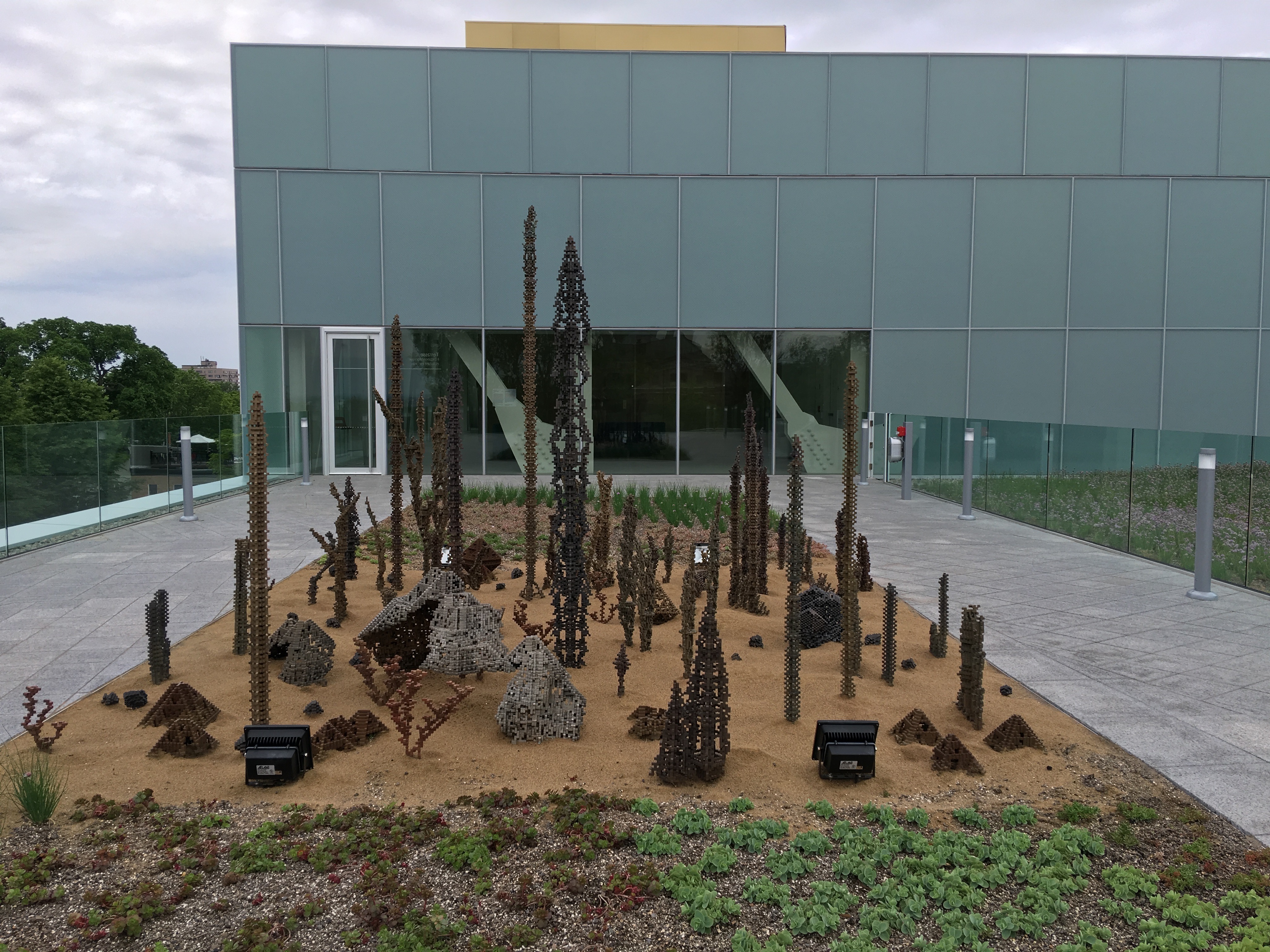 And though the building is certainly angular in most respects, it does feature a central staircase that snakes up through the space and creates a kind of curved spine. That could be comforting for those seeking a little softness and relief from what by all outward appearances is a severe if handsome glass box: 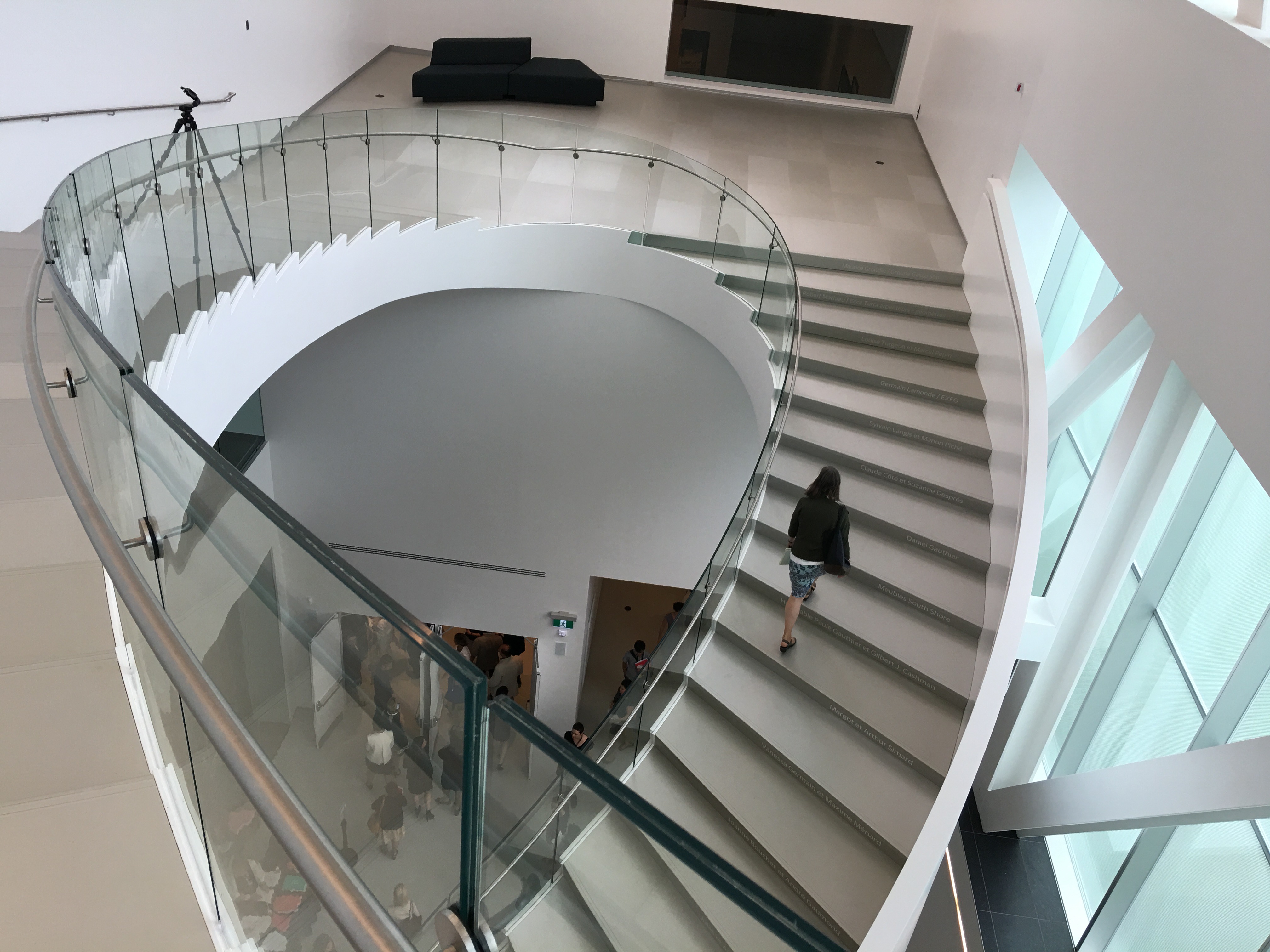 All the impressive curves and opaque glass aside, what's most important about an art museum - less obviously than you might think - is how well it serves the collection. The jury is still out on this for me, but here are a few shots of the opening installations: 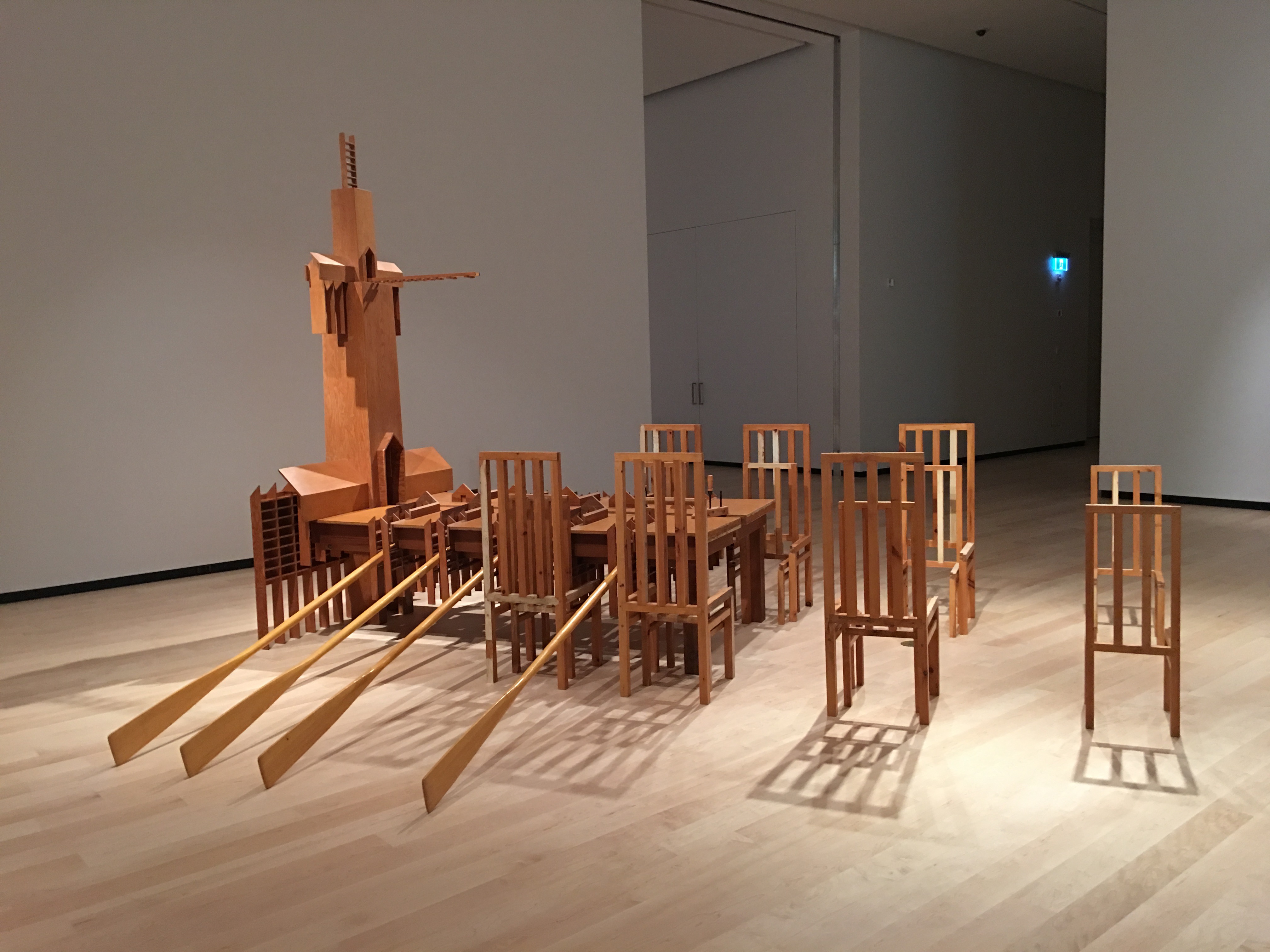 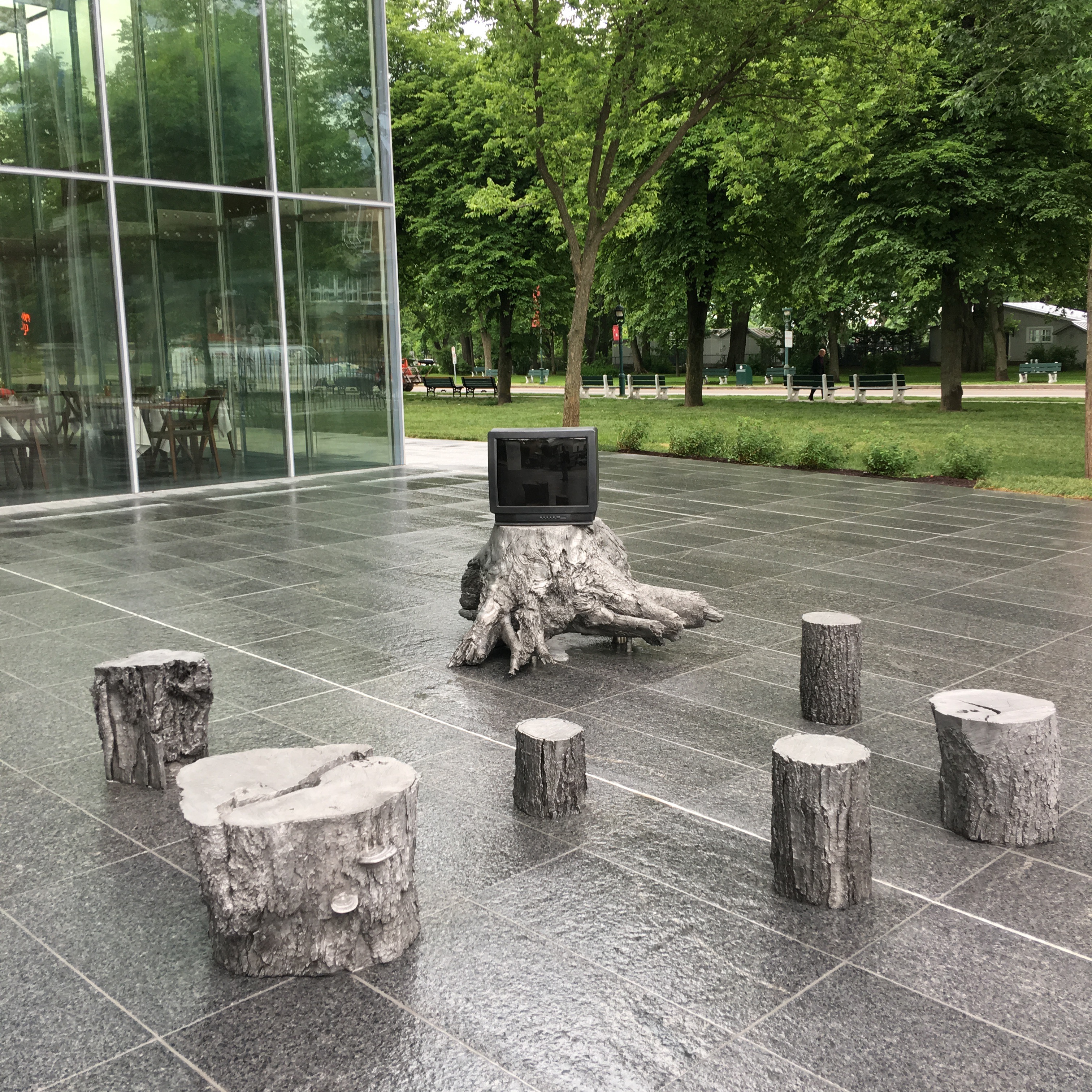 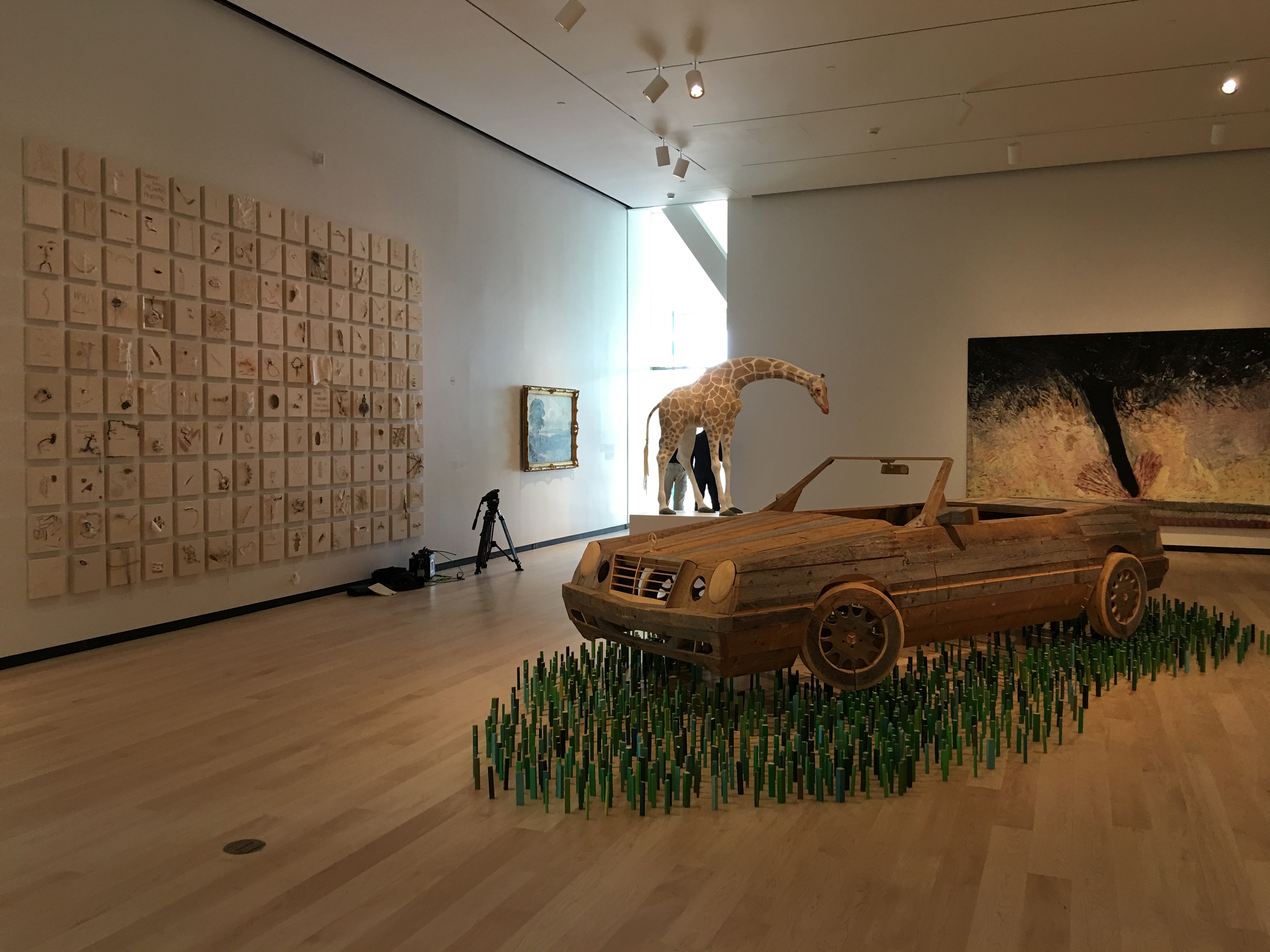 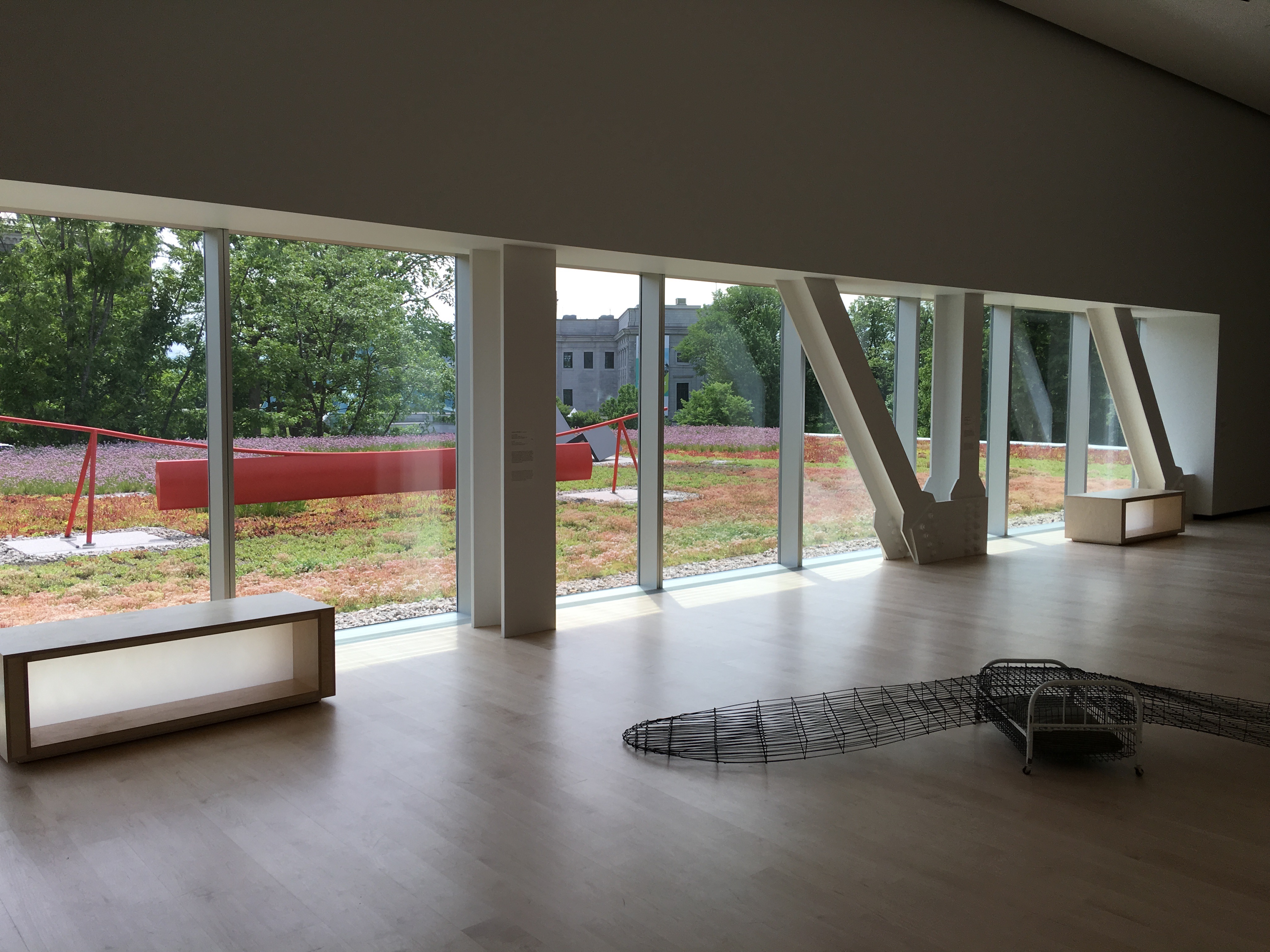 And of course, who could miss the gift shop: 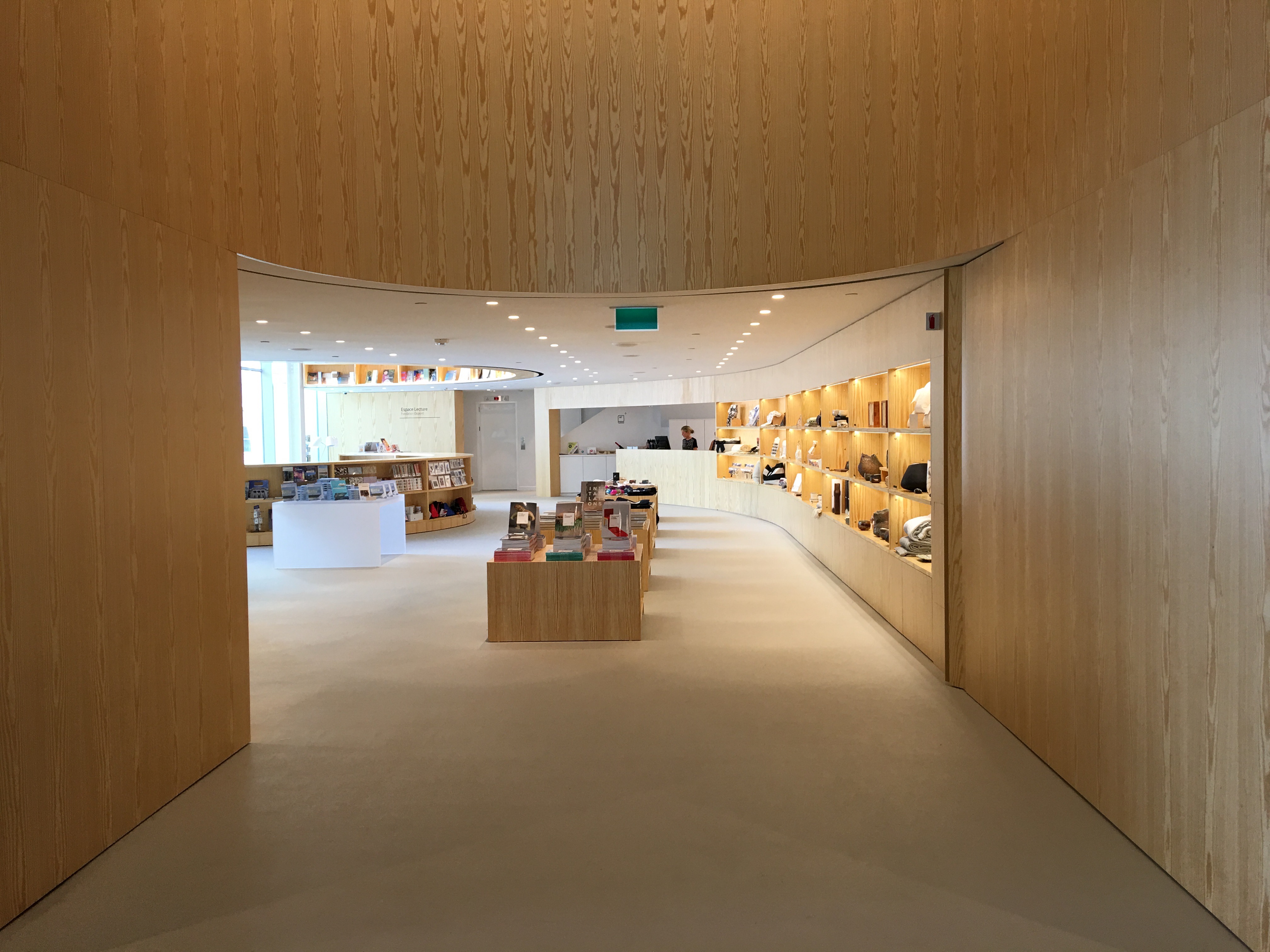 After a brief tour through and around the building, it impresses me as a very handsome piece of architecture that does not do much to disturb the already delicate balance of its environment. Its interior spaces are graceful. And its entryway along Quebec City's Grand Allee serves as an open invitation to the public, as does the expansive space they encounter when they step through the doors. All those count as positives.