Jessie Unterhalter and Katey Truhn, two high-spirited muralists from Baltimore known for their bold, geometric style, are well on their way to completing a new commission on the side of the 710 Main Theatre.

I caught up with the pair this morning as they were putting down the mural's first layer:

Unterhalter and Truhn arrived last week to start the mural and have spent the last several nights sketching out its basic contours with help from video artist and projection pro Keith Harrington (also known as Projex). They're about a third finished with the piece, which will look something like this when it's complete: 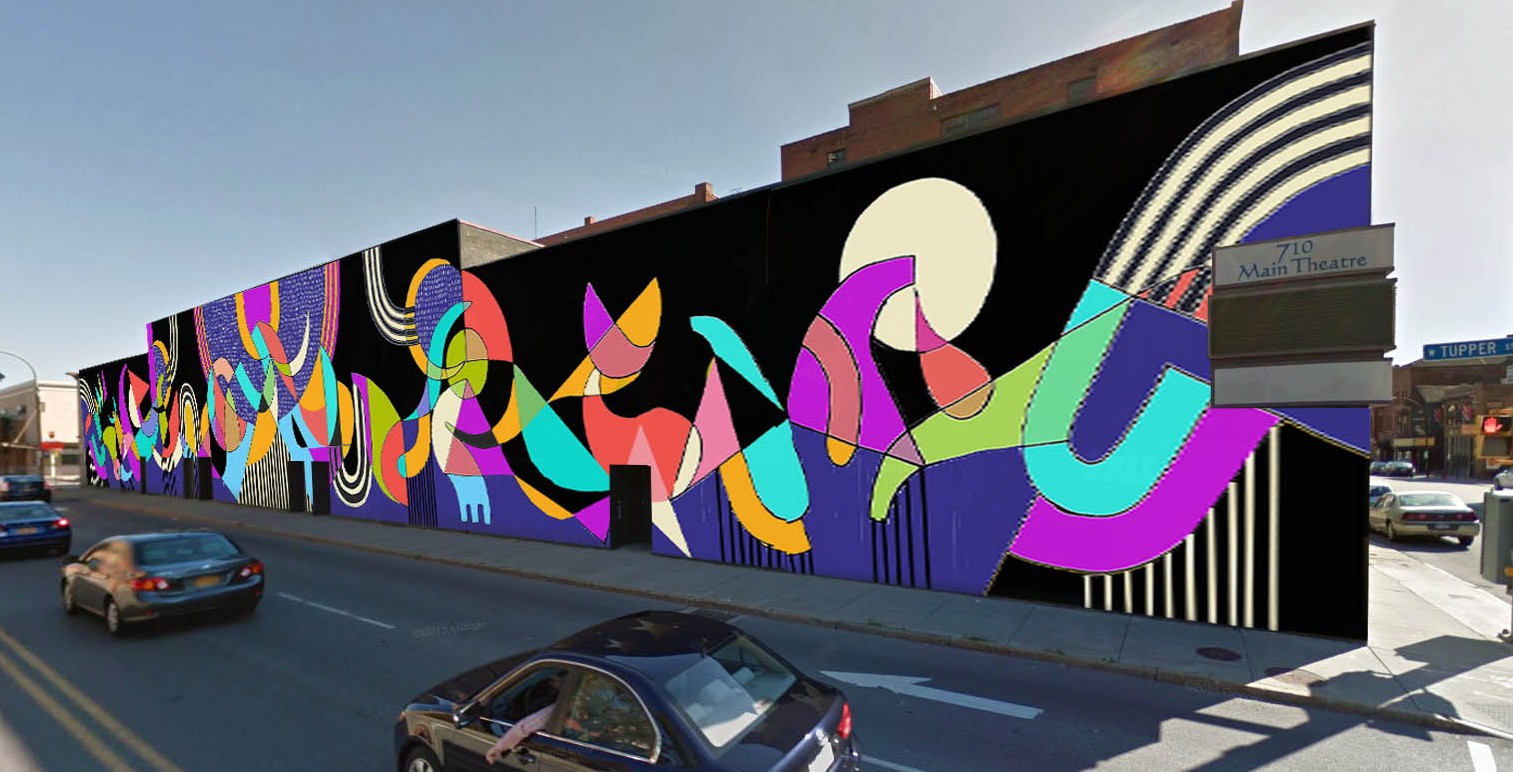 A new mural by Jessie Unterhalter and Katey Truhn, shown here in a photo illustration by Vince Chiaramonte, is well on its way to completion on the side of the 710 Main Theatre.

And here's an image of the artists' rendering as if viewed straight-on:

A rendering of the new mural being painted on the side of 710 Main Theatre.

The project is part of the Albright-Knox Art Gallery's public art program, a collaboration with Erie County and the City of Buffalo.

Stay tuned for more about the mural and the artists throughout the day.