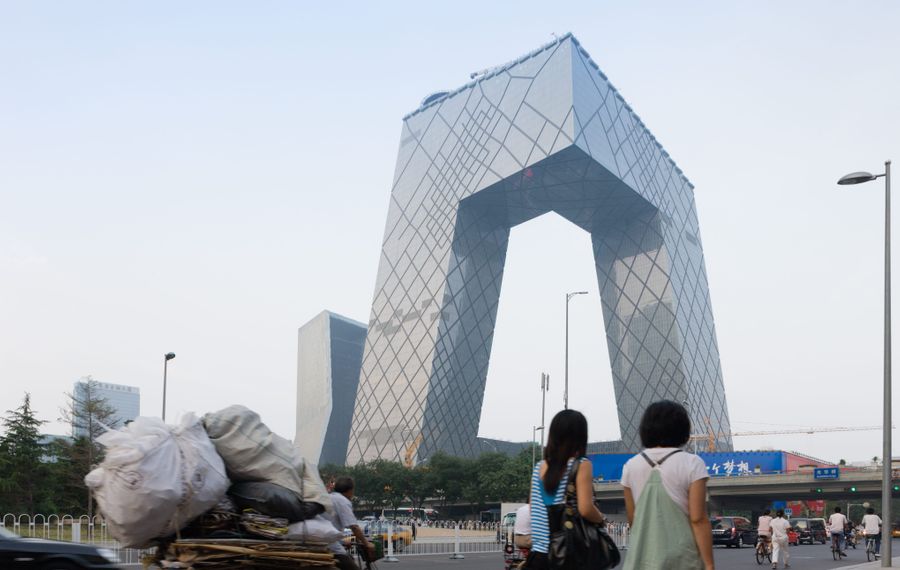 The Office for Metropolitan Architecture, a buzzworthy firm responsible for designing one of the most controversial buildings of the 21st century, has been chosen to design the Albright-Knox Art Gallery’s first major expansion in more than 50 years.

The selection of the firm, specifically OMA partner Shohei Shigematsu and his team of New York City-based architects, was approved Monday night by a vote of the Buffalo Fine Arts Academy, the board that oversees the museum. It marks an important moment for the Albright-Knox, whose leaders have spent the past decade setting the stage for an expansion. And it is the first museum commission in the United States for the firm, whose work spans every continent and cuts across disciplines.

“This is a once-in-a-lifetime opportunity to add a new wing to this complex,” Shigematsu said in a phone interview last week, adding that the new design will reflect the desire of Albright-Knox leaders “to make the museum itself more open, more public and more diverse.”

But don’t expect the monumental scale or stylistic brashness of the serpentine CCTV Headquarters in Beijing, China – a project alternately lauded for its inventiveness and pilloried for its authoritarian posture. The comparatively delicate and more budget-conscious Albright-Knox expansion project, which is expected to cost about $60 million, will unfold on a small but famous plot of public parkland and will attempt to fuse the architectural styles of three centuries.

When the project is complete, the gallery will have about twice its current amount of exhibition space, and at least a quarter of its campus will be dedicated to educational and public functions apart from the museum’s main exhibition programs. The estimated total cost will be $80 million, with $20 million to be raised for an operating endowment.

While all of the architecture finalists in the Albright-Knox competition produced models and renderings of potential new buildings, the gallery is not releasing any of those designs. The decision, said Albright-Knox board president Thomas R. Hyde, is out of a concern about publicizing design concepts the gallery “has no intention of building.”

“We are not picking a design, we’re picking a partner,” Hyde said. “Of the things that all the architects have presented in response to our request for proposals, I hope we can get something that is better than any of them.”

Now that the gallery has selected an architect, it will launch a six-month process of community engagement and study with Shigematsu and his team, who will officially start work on the project in September. Following that will be another six-month period of schematic design, out of which a concrete plan and renderings will emerge.

Both Hyde and Albright-Knox Director Janne Sirén said the competition among the five accomplished finalists – OMA, BIG, wHY, Allied Works and Snohetta – was tight, and that the decision came down to minuscule differences.

Sirén described the architectural competition, during which the five firms presented ideas to an audience of about 100 in the Albright-Knox auditorium on May 2 and 3, as “a 100-meter sprint, when the differences are in fractions of a second.”

What made OMA rise to the top, Hyde and Sirén agreed, was a combination of its reputation for research into the cultural, physical and institutional history of its clients and sensitivity to the complex site on which the Albright-Knox campus sits.

Shigematsu said his team’s research included a deep look into Frederick Law Olmsted’s design for Delaware Park, the western edge of which is anchored by the Albright-Knox. He noted that Olmsted’s design was not merely two-dimensional, but included many vertical walkways and staircases. Those elements, he said, helped to shape OMA’s proposed designs for the building.

The team also considered the complex architectural legacy of the site itself, which includes the original 1905 building by E.B. Green, a 1962 addition designed by Gordon Bunshaft, and Green’s much-modified Clifton Hall, which is connected to the gallery by an underground corridor.

OMA, which originally stood for the Office of Metropolitan Architecture, was founded by the Dutch architect and theorist Rem Koolhaas in 1975. Its museum projects include the Garage Museum of Contemporary Art in Moscow, the under-construction Fondazione Prada in Milan, Miami’s Faena Arts District and a recently completed addition to the Museum of Fine Arts in Quebec City.

Like the other finalists on the gallery’s short list, OMA has no singular style. It markets itself as a firm that creates “intelligent forms while inventing new possibilities for content and everyday use.” Its projects range from the $1.2 billion CCTV Headquarters in Beijing to scenic designs for one-off fashion shows for Prada and others in Paris and Milan.

OMA’s working process is famously non-hierarchical, with key ideas for designs sometimes flowing up the chain from anyone in the office. Its process of pitching a new client, as described in a 2005 profile of Koolhaas in The New Yorker, involves cobbling together foam models meant to show the way the firm’s designers think and solve problems rather than merely presenting slick renderings of their proposed designs.

Those foam models caught Hyde’s eyes during the competition.

“The foam was something we liked. They were crazy looking things,” Hyde said. “Their presentation started with those and I think what they were conveying to us was that we look at all kinds of things. We don’t jump to what it’s going to look like in the end.”

Shigematsu, who cut his teeth in OMA’s Rotterdam headquarters before taking charge of the New York office in 2006 and becoming a partner in 2008, has led the Faena Arts District project and the new Pierre Lassonde Pavilion in Quebec City. It is the Quebec project, also meant to double the museum’s gallery space bridge disparate architectural styles at the edge of a public park, that bears the most resemblance to the game of architectural Tetris he and his team will have to play in Buffalo.

“Rather than creating an iconic imposition, it forms new links between the park and the city,” a description of the project from OMA’s website reads. A similar challenge exists at the Albright-Knox, and that fusion of architecture and landscape is part of what attracted OMA and Shigematsu to the project.

“The City of Buffalo has such a level of architectural heritage and legacy, and we were very thrilled potentially to be part of that,” Shigematsu said. “Of course, this is an Olmsted city, and who can do a project within an Olmsted-designed park? That’s an opportunity that doesn’t probably happen anywhere else but in this precise location.”

The board’s next challenge is fundraising. Sirén and Hyde said they are seeking funding from individual donors, government sources and foundations.

Without a rendering in hand, the process may prove more difficult than a typical fundraising strategy. But the gallery’s leadership is counting on the reputation of OMA and the thoroughness of an expansion process that began back in 2001.

“We’re going to try to recruit the lead gifts just based on people’s trust in the integrity of the process that we’ve been playing out and trust in the quality of the architect we’ve selected,” Hyde said.