That’s because one of the most promising of all current American film actors – Chadwick Boseman, whose portrayals of both James Brown and Jackie Robinson have been nothing less than stunning, stars.

Joining him is Sterling K. Brown, who played Chris Darden in TV’s recent smash docudrama about the O.J. Simpson trial. They came here to make a film about a key event in the heroic early life of Thurgood Marshall, when he was a lawyer years before becoming America’s first black U.S. Supreme Court justice.

The director is Reginald Hudlin, a veteran TV director who began with his brother directing Kid ‘N’ Play in “House Party” and is now directing his breakout dramatic film decades later. 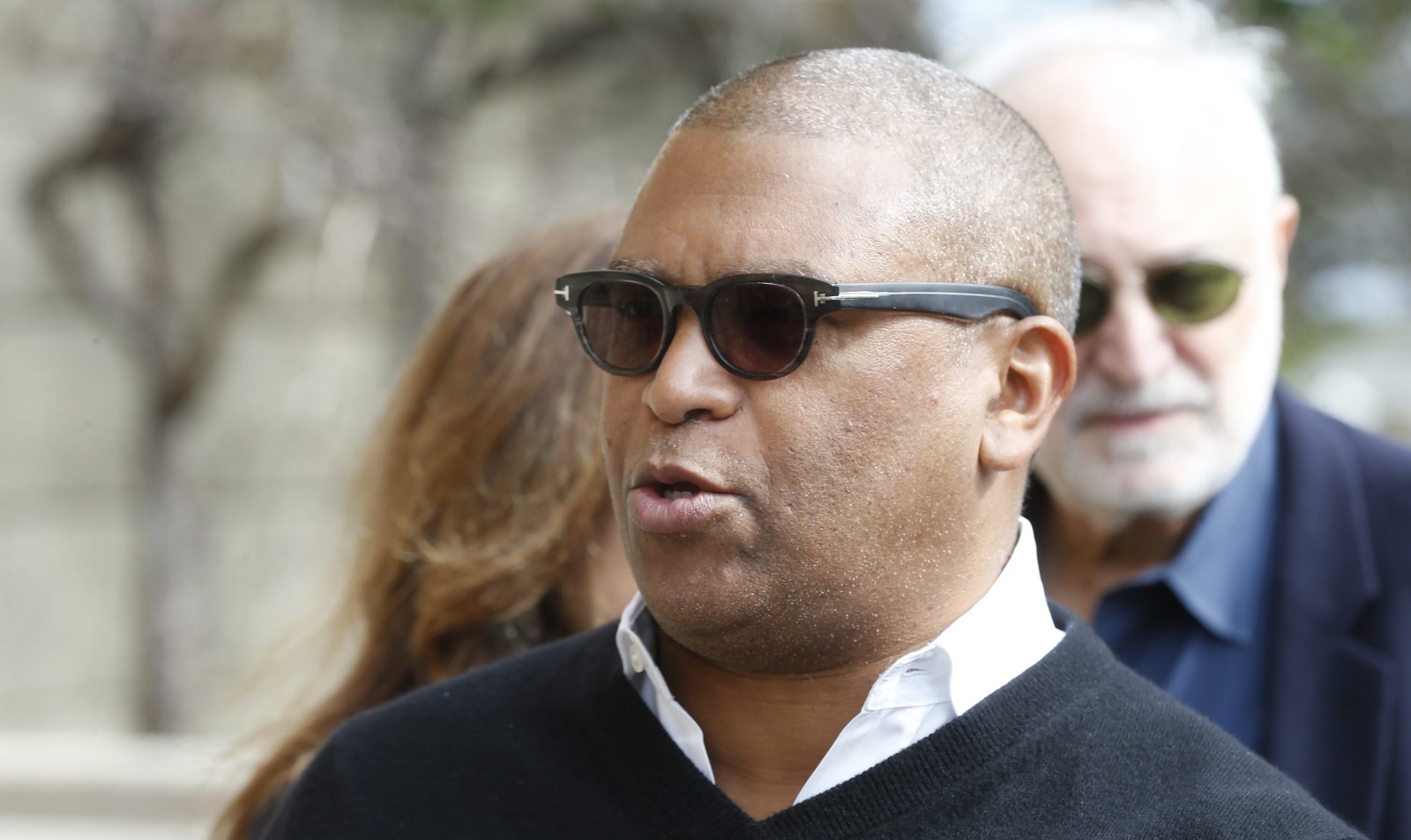 "Marshall" is in the process of filming in Buffalo, and it's director by Reginald Hudlin, pictured. (Robert Kirkham/Buffalo News)

It’s time, then, to talk again about films made in Western New York. There has never been an unquestionably great one. Some – obvious and not-so-obvious – have been awfully good, though.

I have cheated here for a list of personal favorite films made in Western New York. I’ve drawn more than I should, no doubt, from the large number of films that came to Niagara Falls to lend some offhand magnificence to their proceedings by capturing one of the most extraordinary sights on earth. Usually those films come here to throw someone deserving over the Falls dramatically in the final reel.

With more than fond hopes that “Marshall” will join favorites one day, here, in reverse order, are my favorite films made in Western New York.

Until “The American Side” came along, no one filmed Western New York locations as well as the Burtons. The actors that were brought here to film their mother’s script were impressive and bordering on stupendous – Shirley Jones, Cloris Leachman, Louise Fletcher (three Oscar winners, right there), Frank Gorshin, Seymour Cassel, Jill Eikenberry, Wendie Malick (raised here), Austin Pendleton and Shelley Duvall. A wonderful cast, no matter how you look at it.

When Frederick King Keller made “Vamping” here with Patrick Duffy from a script by Mike Healy, we had no idea how important both Keller and Healy would become to American television – Keller as a busy director of episodic television (and supervising producer for “Blue Bloods”) and Healy as the Disney executive in charge of Disney network hits including such huge TV successes as “High School Musical.”

What that means is that, yes, Mike Healy was one of the executives who helped give America Miley Cyrus. 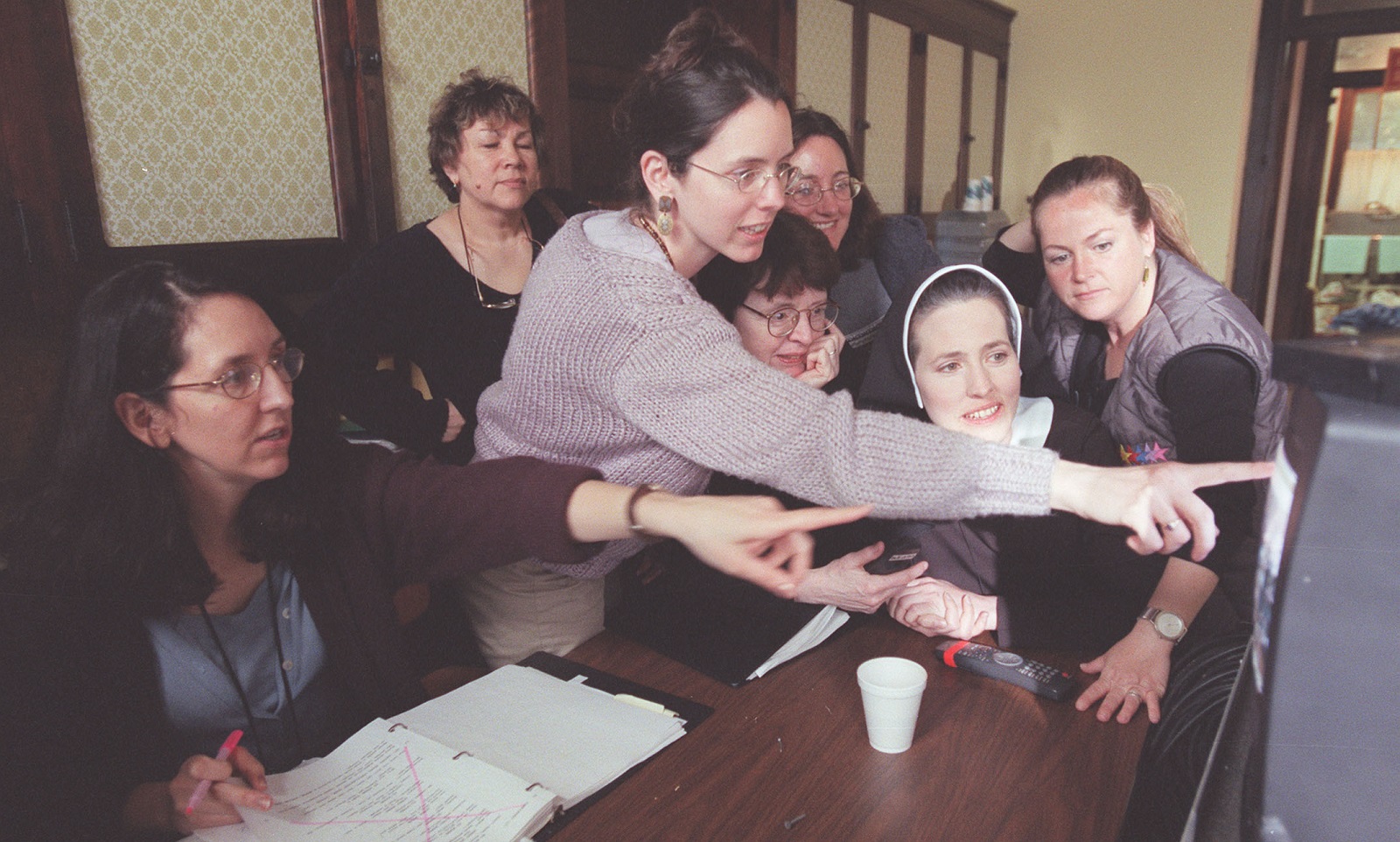 The Burton sisters are Buffalo natives filmed filming "Manna from Heaven" in Buffalo. Here the family takes an excited look at a replay from a take in the last scene, in which Ursula appeared as Sister Theresa, during filming at Mt. St. Mary's Academy in Tonawanda on May 18, 2000. (Sharon Cantillon/Buffalo News file photo)

No one has ever filmed Western New York locations better or more originally. Even Niagara Falls looks different. And in the Western New York film tradition, the cast of character actors brought here was wildly eccentric and marvelous, from Robert Vaughn and Matthew Broderick to Janeane Garofalo and Harris Yulin and Grant Shaud. (Their names may mean little; their faces are as familiar as those of your neighbors.) 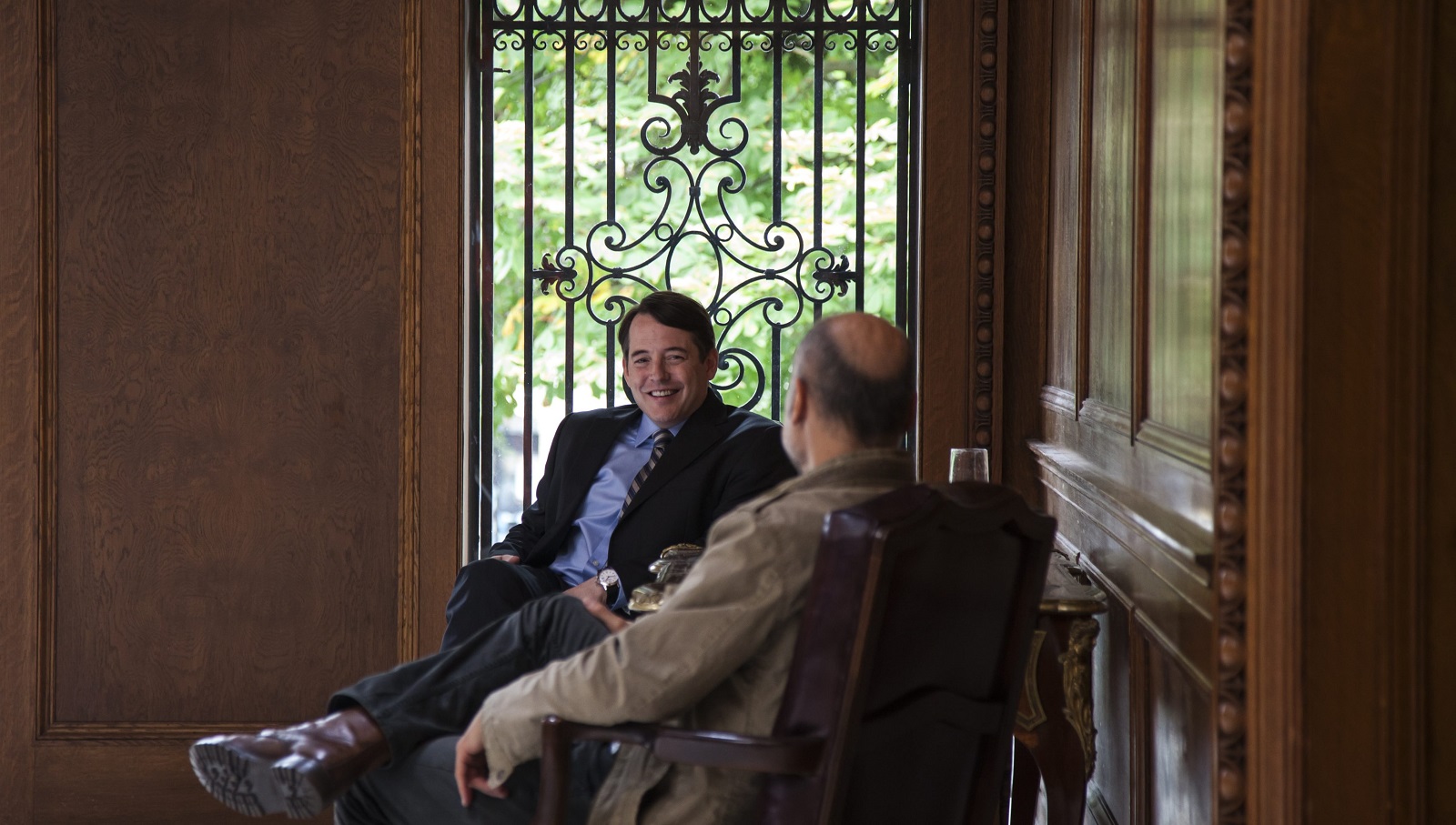 Matthew Broderick and Greg Stuhr on the set of "The American Side," which was filmed in several locations around Buffalo.

Could anyone have guessed that the great Canadian director Norman Jewison (“In The Heat of the Night”) would bring Burt Reynolds and Goldie Hawn and Jessica Tandy here to film in the Central Park area – Summitt Avenue, to be exact? The script by Barry Levinson and then-wife Valerie Curtin isn’t much, but the performance by Barnard Hughes as Hawn’s father is one of the best in any movie filmed in our environs. 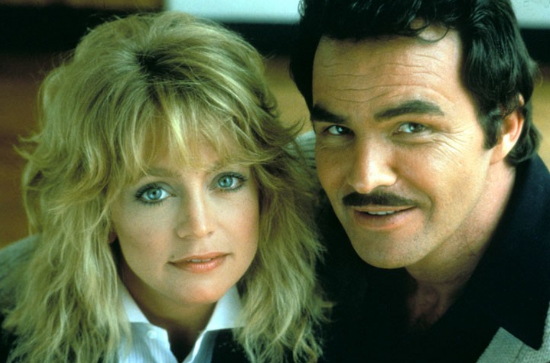 A strange and very funny movie about a dysfunctional, football-addicted family by the legendarily obnoxious Vincent Gallo. When he introduced the premiere in the North Park Theatre, he let slip that it was his “revenge” for his growing up here. The hilarious maladjusted family of his film could have happened in any city on earth. Details would have been different, that’s all. This city had nothing to do, then, with what we’re watching.

Celebrating Gallo’s post-adolescent vengeful snit at his hometown, is, I think, foolish to put it mildly. If, however, he’d called the movie something like “Wide Right” (Scott Norwood figures prominently in the proceedings), he’d have earned my unqualified gratitude. But I personally think his title long ago earned him permanent exile from his native city and eternal Western New York obloquy. 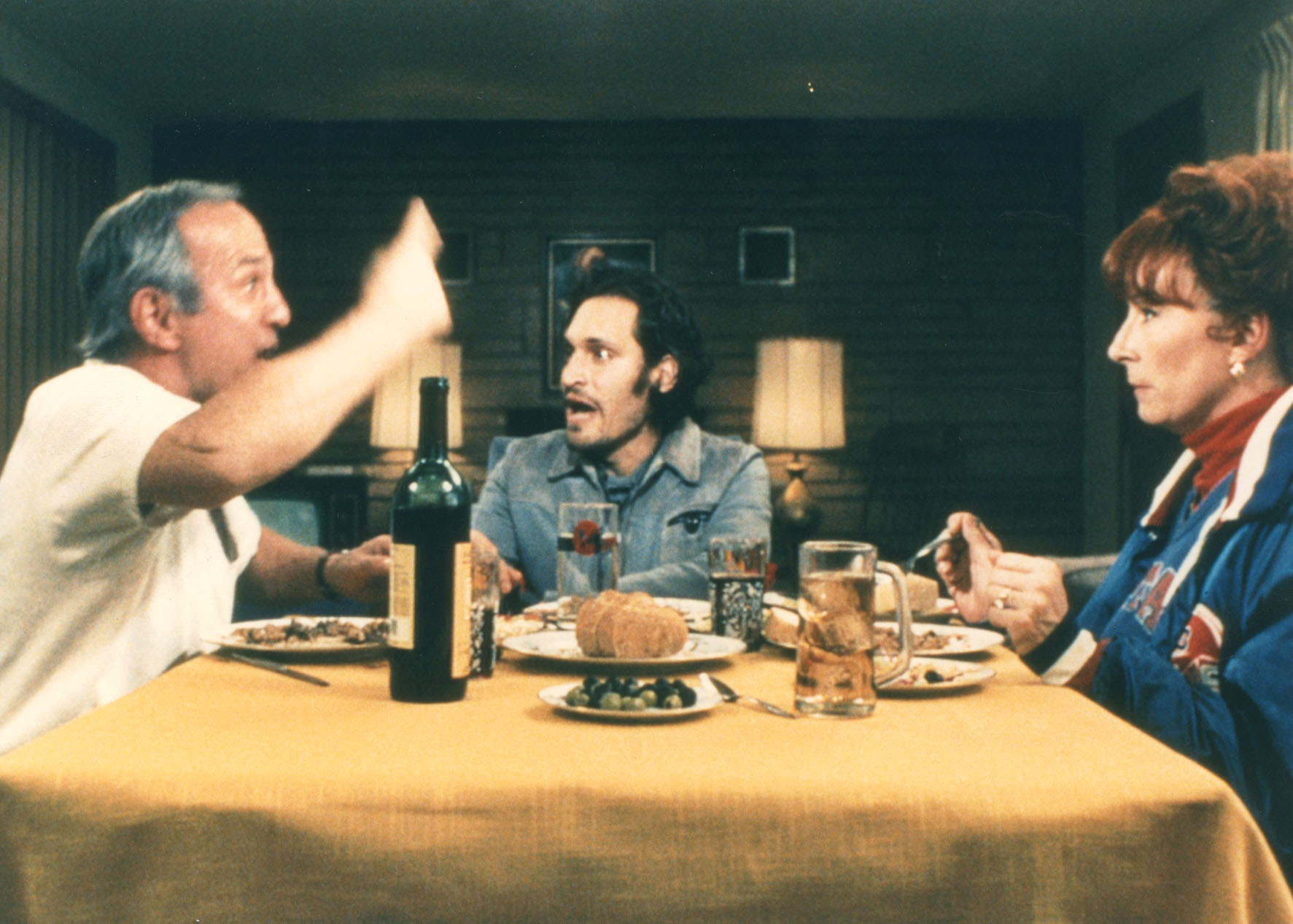 It is, quite possibly, the worst-looking major film ever made in Buffalo. But the story is irresistible – that tale of a father searching for a family that has been whisked away by the feds for witness protection.

The story originated in reports for this newspaper by then Buffalo Evening News reporter Lee Coppola. And fabled forever should be the acrimony that developed between star/director Caan and the Board of Directors of the Buffalo Club, who refused Caan permission to film there. After the brouhaha, they wound up filming it in the Buffalo Athletic Club. The blast Caan leveled against them in the local press was a classic expression of Buffalo class war. 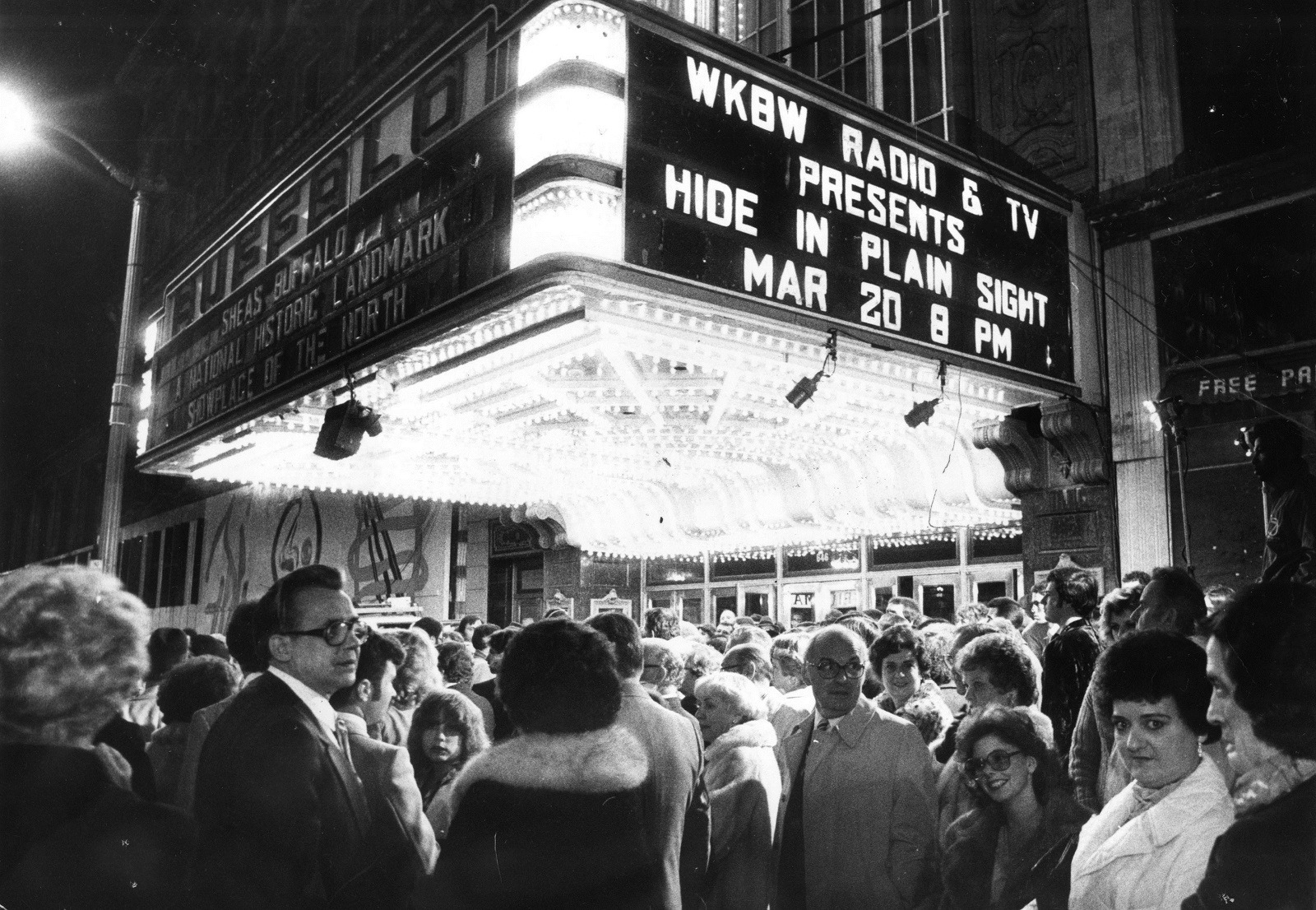 I’ve always had a weakness for “Niagara” – not for its tourist use of the Falls but for the weird squalor and claustrophobia of the film noir before the Falls are used at the end to dispose of unwanted criminal miscreants – a theme in moviedom.

What the movie is really about is the peril of losing your motel reservation to a very unstable family. That’s what happens to Jean Peters and Casey Adams (who later used his real name Max Showalter) when they arrive and find Joseph Cotten and Marilyn Monroe in the motel cabin they thought they reserved. Complications follow. 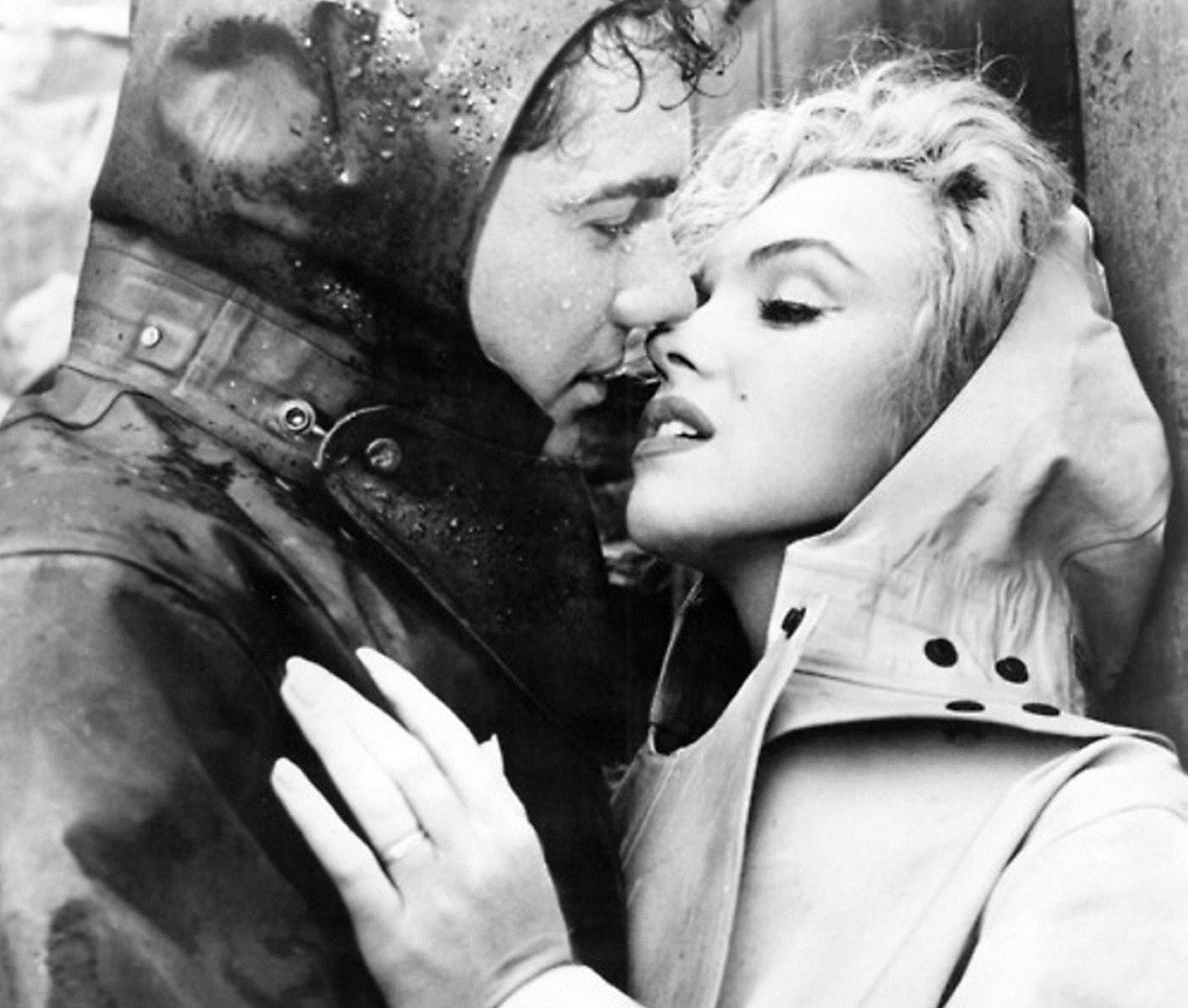 Marilyn Monroe, right, starred in "Niagara," which was filmed in Niagara Falls.

When Laura Linney rants about what a cliche it is for her to be unmarried and miserable in Buffalo, it isn’t as offensive as what Gallo did in his film title. But the pointless gratuitousness of the Buffalo bashing is still unpleasant.

Nevertheless, it’s a good film about grown children who have to deal with a dramatically failing father, played by Philip Bosco. And because Linney’s sibling is played by Philip Seymour Hoffman, its value since Hoffman’s horribly premature death has done nothing but increase. (The Tamara Jenkins film to see is her earlier and autobiographical “The Slums of Beverly Hills.”) 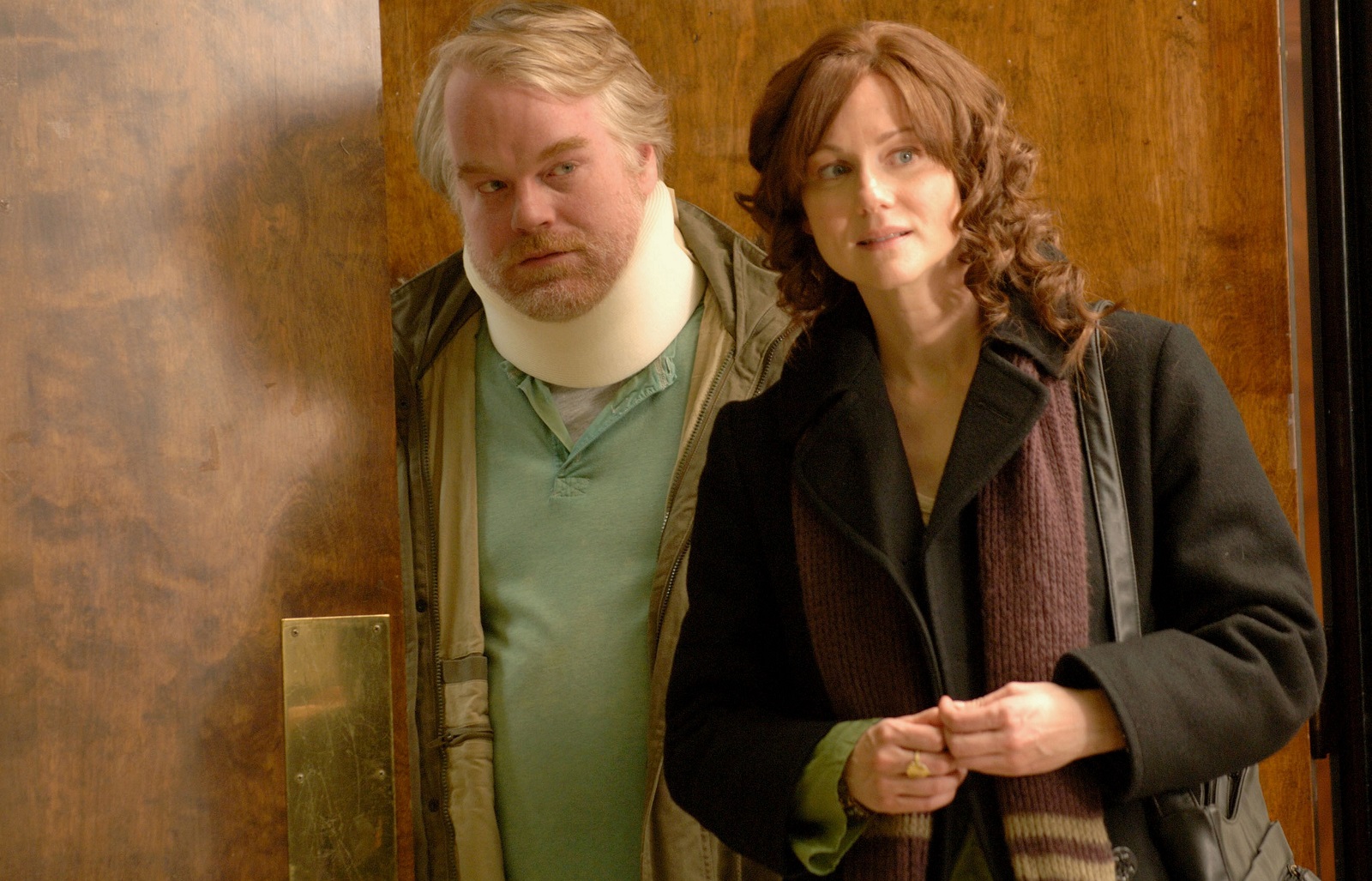 One of the least-known films involving Niagara Falls is Jonathan Demme’s relatively obscure Hitchcockian film noir that follows Roy Scheider searching for a serial killer and falling in love with Janet Margolin.

Again, the Falls are used for God’s own instrument of justice in the final scene but what the film does before that is fascinating. And Scheider and Margolin are memorable.

In one scene – that’s it – a little boy is about to fall into the raging torrent at the bottom of the Falls but, at the last second, Clark Kent changes into Superman and scoops him out to safety. It’s a good scene. Much better news is that this is my favorite Superman movie. It not only had Christopher Reeve and Margot Kidder but Gene Hackman.

The filmmakers liked being in the Falls so much that they held the international film junket to promote the film in Niagara Falls. The idea that a Superman movie would be made by the man who once gave us “A Hard Day’s Night, “Help!,” “The Knack” and “Petulia” was, sight unseen, enough to give it a permanent place in comic book movies. It was great fun, besides. 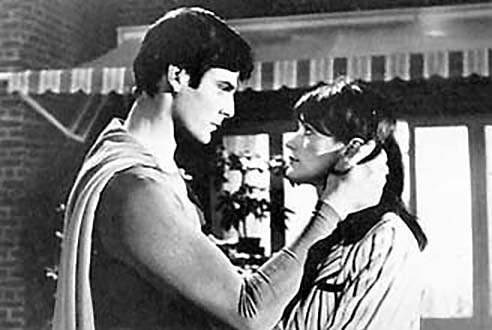 In truth, it’s not a great film. But it’s an awfully good one. And it does something that is rare and bordering on utterly unique in American movies: It appeals hugely and equally to both men and women. 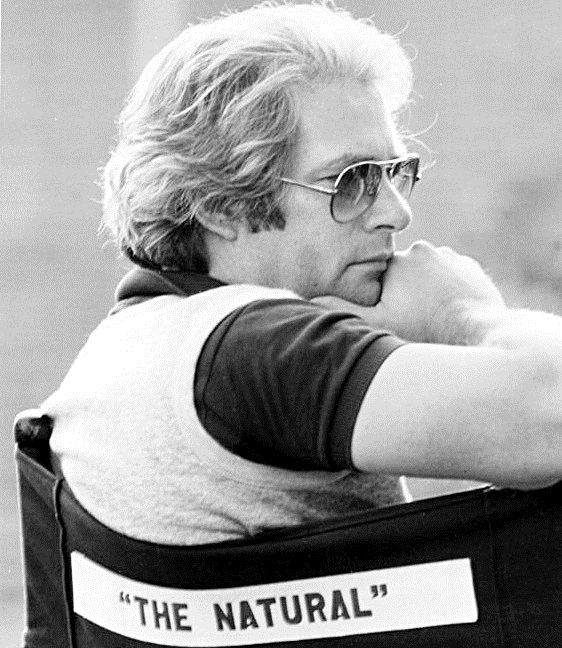 Barry Levinson directed "The Natural," which was shot in Buffalo.

When it’s shown on cable television, it might be shown one day on the Spike Channel and another on the We channel. Generally speaking, men like the beauty and camaraderie and vintage look of the sports movie; women like the purity of the romance. (It ends, after all, with a man playing catch with his young son.)

In a recent biography of Redford, the star remembers the making of the movie as being full of “love.” Much of that was, no doubt, professional and platonic. But some of it was illicit too while the film was being made. Michael Madsen, for instance, has been pointedly jolly in subsequent years, about the consequences of his extramarital activity during the making of the film.

It’s a good film that makes Buffalo look like a fairy tale set in the ’30s and ends with a stupendous scene of pyrotechnics that, in effect, wound up saying goodbye to War Memorial Stadium.

It’s hard, right now, to envision anything ever topping “The Natural” in Western New York affections.