We could argue all day about whether there are any meaningful differences between submarine sandwiches and hoagies, but the name’s not important.

What matters is the satisfaction of a well-made sandwich. I set out months ago in search of Western New York’s coolest sandwiches featuring warm fillings in long bread. I grazed through menus at more than 20 places most often recommended by hundreds of readers who responded to my call for nominations. There are so many worthies among our sandwich shops and pizzerias that your favorite is probably not included.

But when the dust settled and the Rolaids kicked in, here’s the seven I most wished you could try for yourself.

Better ingredients are the key to many of these sandwiches, which pack a dinner’s worth of sustenance in portable form. Before I began my tour-de-hoagie, I didn’t realize how many places used prefabricated shortcuts.

I didn’t know Steak-umm-like emulsified meat products came in chicken too. Another thing I noticed when I was done was that with the exception of the sandwich from a bakery, most of these submarine stars use rolls from Costanzo’s. 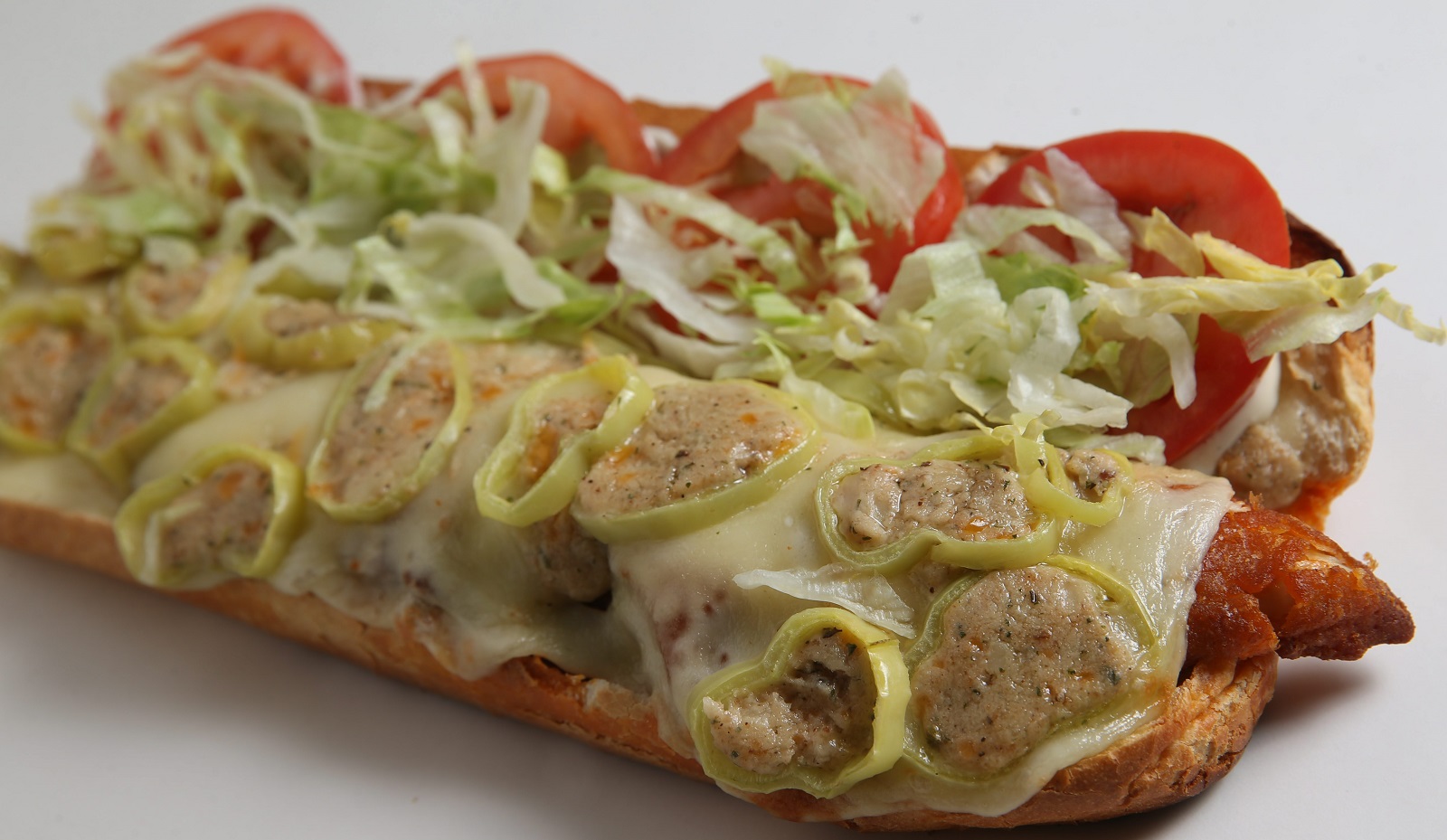 *Chicken in the grass from Jim’s Steakout, $10.59
11 locations throughout Buffalo area 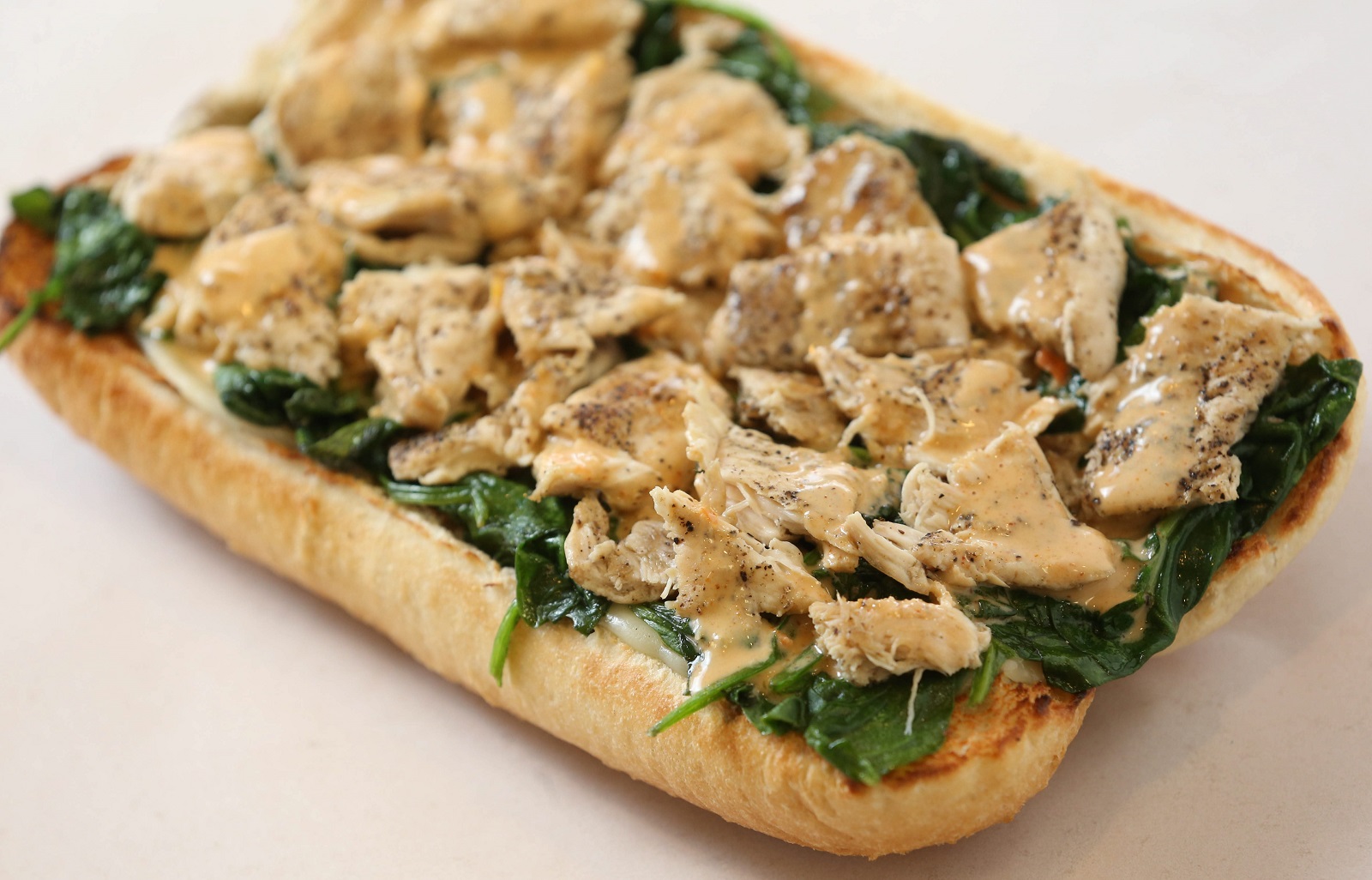 The chicken in the grass sub from Jim's Steakout. (Sharon Cantillon/Buffalo News)

I tried steak, I tried chicken finger, but I was smitten by chicken in the grass. Stuffed with 9 ounces of never-frozen chicken tenders
seared on the grill, then chopped, topped with fresh spinach cooked with butter and Jim’s sandwich sauce, it’s a joyfully juicy meal on a toasted Costanzo’s roll. 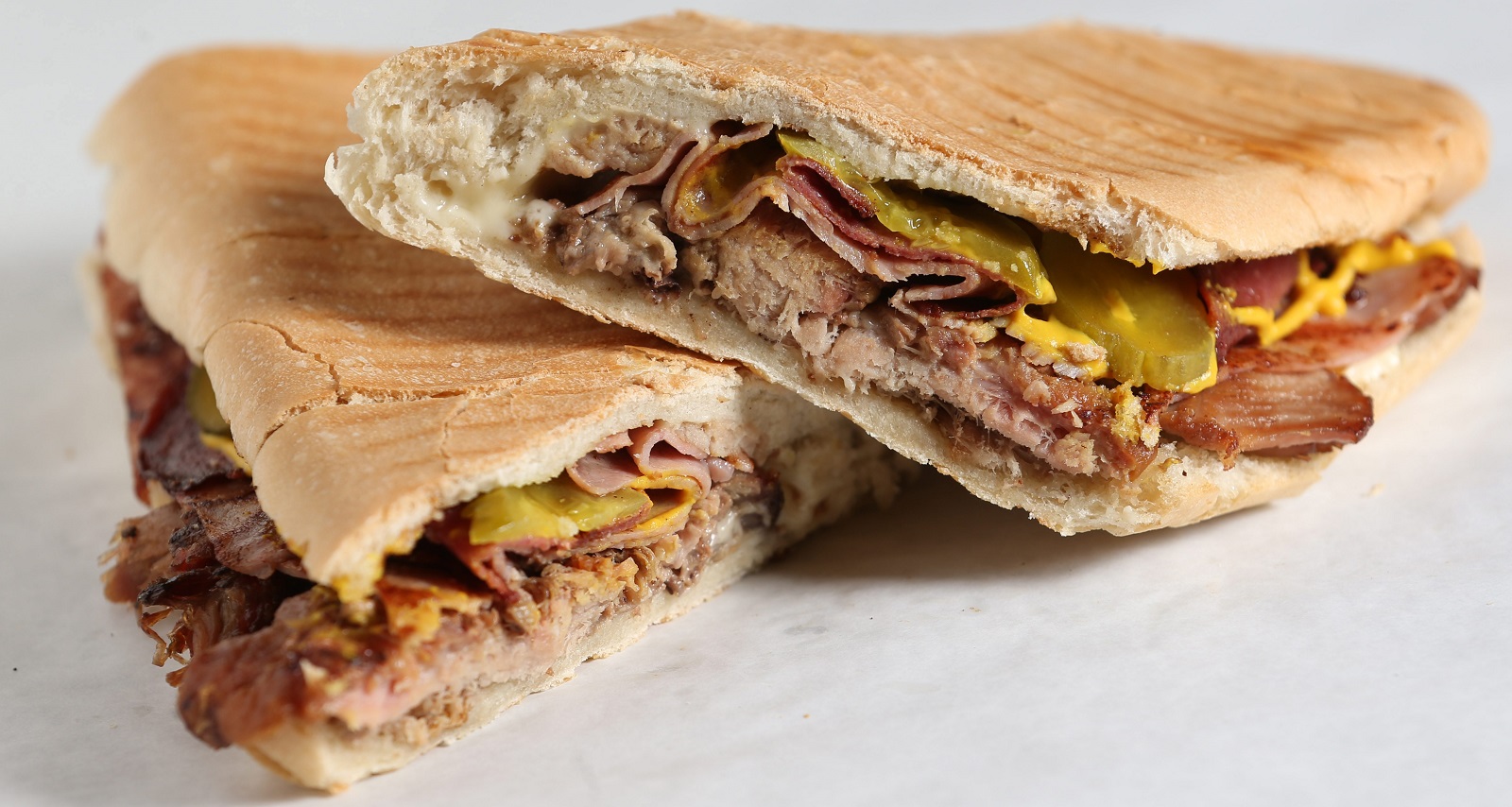 La Flor Bakery's Cubano is made with Cuban bread and filled with roasted pork, ham, salami, pickles, white cheese and mustard and toasted in a panini press. (Sharon Cantillon/Buffalo News)

This Puerto Rican bakery-restaurant bakes its own Cuban-style sandwich bread daily, and will make a loaf into a variety of sandwiches. My favorite is the one layered with slow-roasted pork shoulder, ham, salami, white American cheese and dill pickles. It’s not a traditional Cuban sandwich – it’s better.

[Read: Out to Eat at La Flor Bakery] 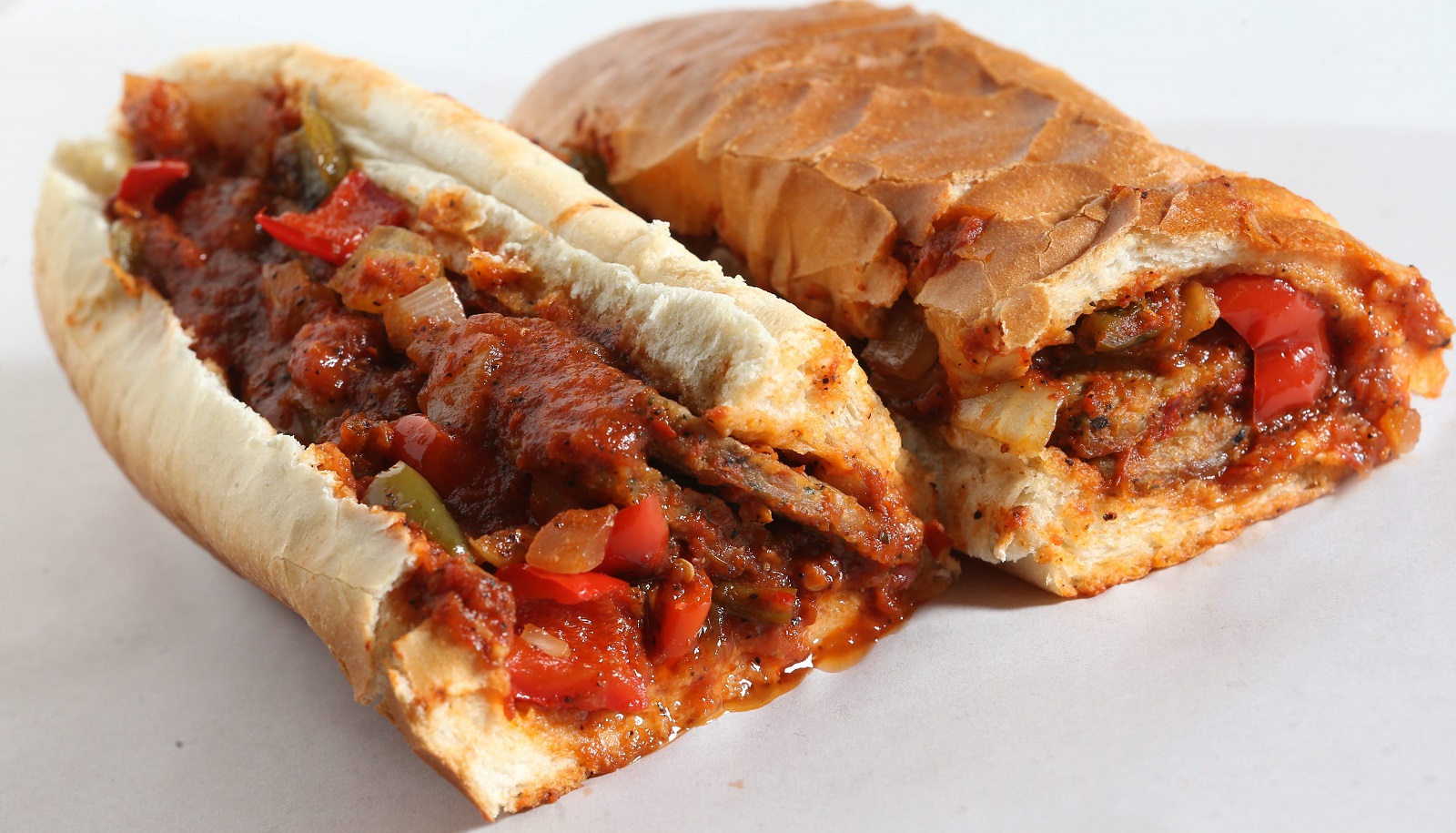 Opened in 1952, the Harlem Road location, the original John & Mary’s, helped make the A-bomb a Buffalo cult classic. You can order it with spicy or sweet peppers and onions, but the fundamental A-bomb is slabs of Italian sausage, fresh from Lorigo’s Meating Place, and John & Mary’s proprietary hot sauce, which some customers buy by the quart. 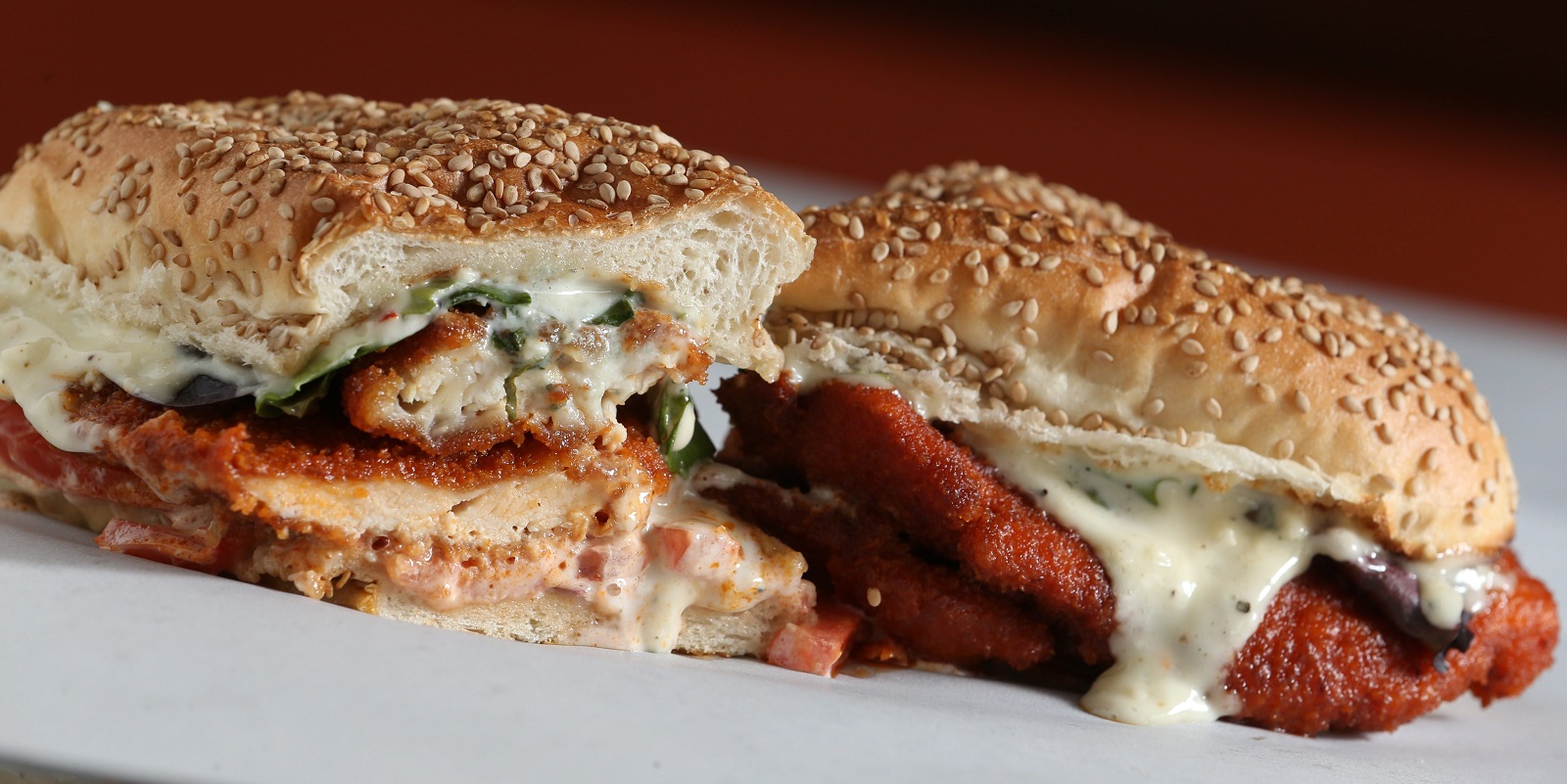 Born in Buffalo, the chicken finger sub is typically made with frozen prefabricated chicken planks. Not at Café 59, where the city’s best version is made with fresh chicken tenders crumbed and fried to order and topped with housemade blue cheese dressing.

[Read the dining review for Madonna's, which is now known solely as Cafe 59] 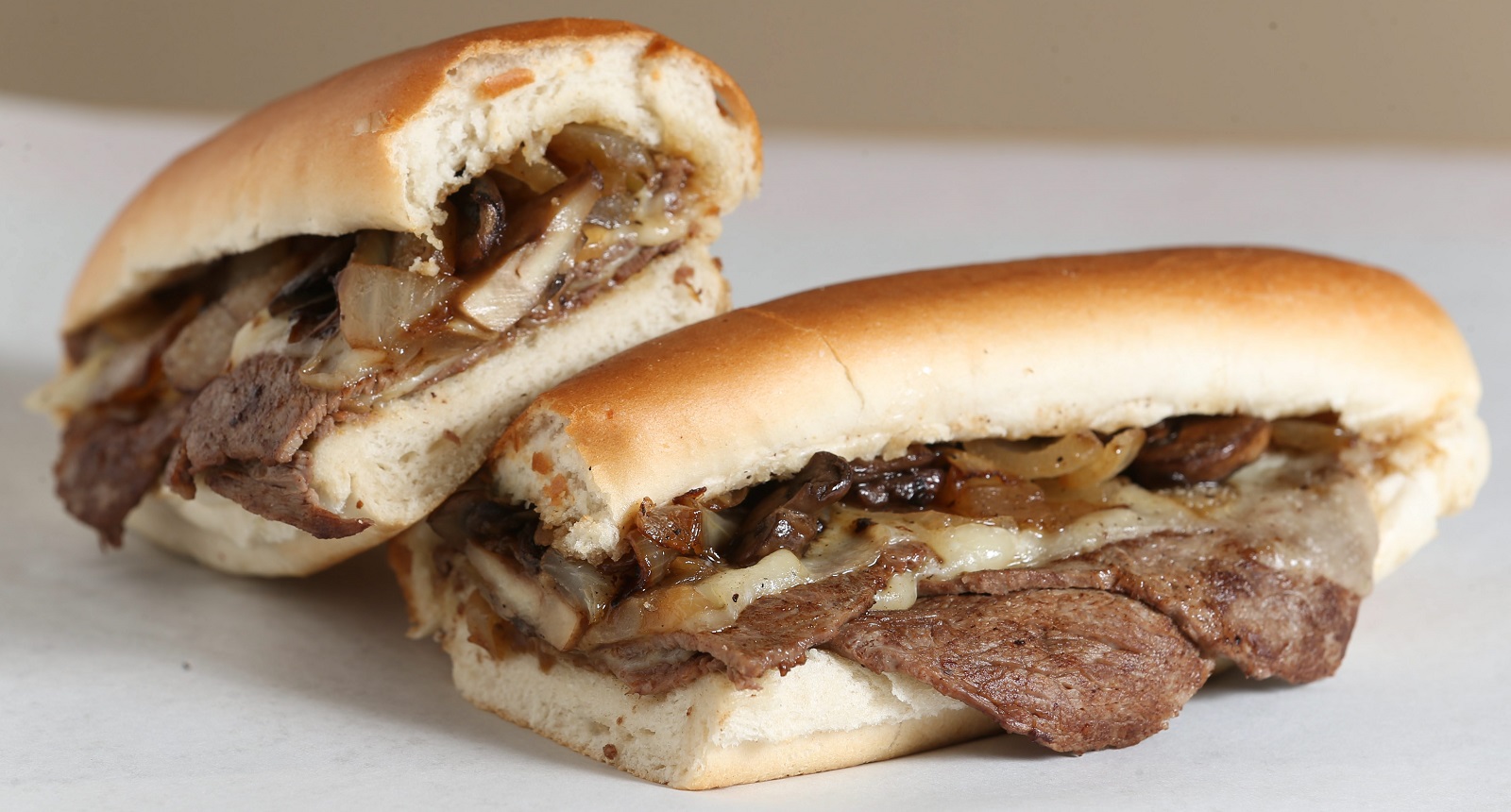 After a parade of decent steak subs, David’s stuck with me for the quality of the beef. It offers a steak version, but the tenderloin is the top-of-the-line model trimmed and sliced in-house. Loaded with caramelized onions, sautéed mushrooms, and melted provolone, it’s a better beef sandwich.

It started as the Pittsburgh, Jonny C’s spin on the Primanti Bros.-style sandwich, stuffed with sautéed chopped steak and topped with seasoned french fries. Then things got heated up with the addition of pepperjack cheese, sweet chili coleslaw and sriracha
mayonnaise. With tomatoes, if you’re feeling like a healthy note.

Email Andrew Galarneau with your favorite hot subs or hoagies at agalarneau@buffnews.com