For the second day in a row, the Buffalo Niagara region experienced its warmest day of the year.

The noon-time temperature at Buffalo was 77 degrees, according to the National Weather Service.

Bolstered by a southerly flow, that eclipsed the previous high that came at 4:22 p.m. Wednesday when the temperature reached 75 degrees.

The thermometer is expected to continue pressing toward the 80-degree mark in some places around the region during the afternoon hours. 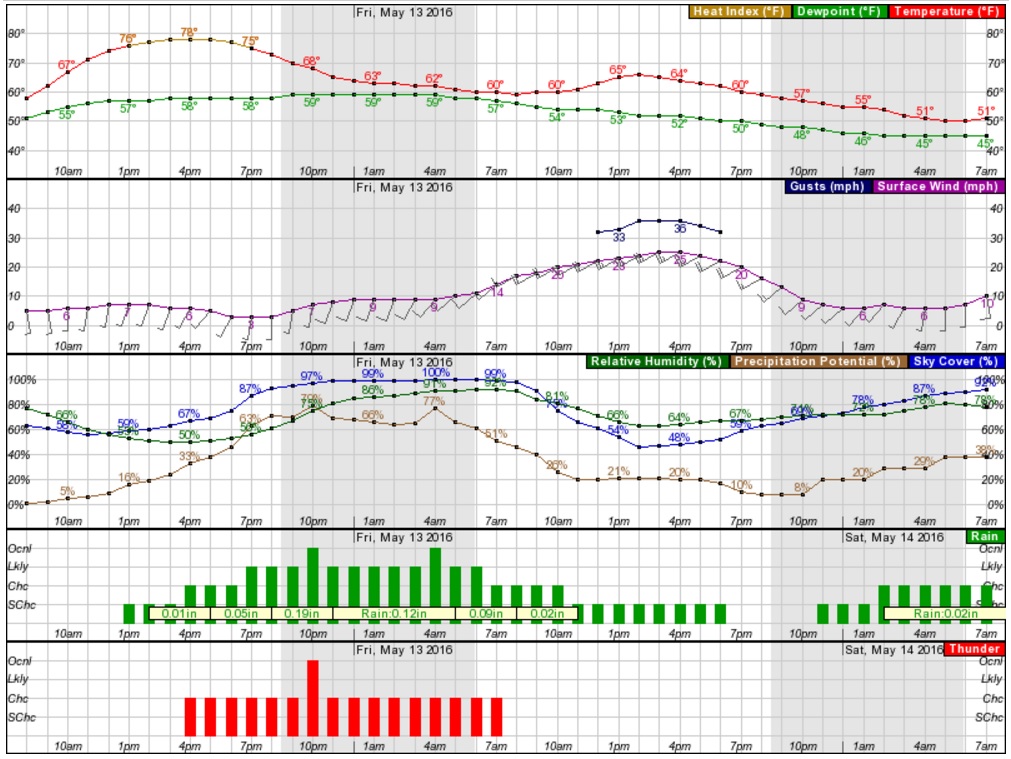 Temperatures will reach 78 degrees in Buffalo by mid-afternoon today, according to the National Weather Service forecast, but thunderstorms are expected later tonight.

Don't expect it to last.

Chances for showers and thunderstorms ahead of an approaching cold front are expected, especially as the afternoon wears on into evening tonight, forecasts show.

Forecasters don't expect the storms to be severe, however, some of them "could result in...locally heavy rainfall by early evening."

More than 1-1/4 inches of rain are possible in some of these heaviest storms, according to the weather service's forecast discussion.

By early Friday morning, the cold front will move through the region, forecasters predict. That could also bring a few more thunderstorms before a brief return of high pressure - and some partial clearing - later Friday.

Temperatures Friday won't be as warm as today. With daytime highs expected to be much closer to normal -- in the mid 60s.

Another storm system will move through the area for the weekend, bringing the potential for high winds Saturday along with rain and a drastic drop in temperatures.

Saturday's high is forecast to be 54 degrees with an overnight low in the 30s.

And, temperatures are not expected to escape the 40s on Sunday, forecasts show.