I am happy to introduce “Christa’s Picks,” a week-by-week introduction to remarkable food and drinks at Western New York restaurants and other retail operations. Author Christa Glennie Seychew’s decade of work in the Western New York restaurant community, organizing coverage and events, has given her a keen sense of edible discoveries worth sharing. - Andrew Z. Galarneau, The Buffalo News food editor

A good pie is hard to find, and for good reason. Creating a well-made pie requires high quality ingredients and the skilled labor of a seasoned baker. We live in an age where almost every pie we come across is factory made—imagine a conveyor belt of sad little pies made of hydrogenated vegetable oil and fruit flavored goo. Despite the notion of apple pie being more American than just about anything else, real pies haven’t dominated our dessert menus for almost two generations. It’s enough to make a pie fan a little crazy.

Fortunately, there’s a new pie in town, and it’s easily one of the city’s best. You won’t find it in a little corner bakery, a local farmers market, or a white-tablecloth restaurant, but one of the most unlikely places: Lloyd Taco Factory.

The facade of Lloyd Taco Factory on Hertel Avenue. (Christa Glennie Seychew/Special to The News)

Known for its laugh-riot social media, neon green trucks, and its take on scratch-made Mexican fare, a guest could easily stand beneath the bustling Hertel Avenue restaurant’s menu – listing tacos, burritos, Rocket Wings – and miss this noteworthy option at the end: the Lloyd Hand Grenade.

Co-owner and chef Chris Dorsaneo attended culinary school in Hawaii, and fared well in the required pastry classes, going on to compete against students in his area. Later, an apprenticeship at West Virginia’s famed Greenbriar found him tasked with creating 150 apple-stuffed hand pies each morning. 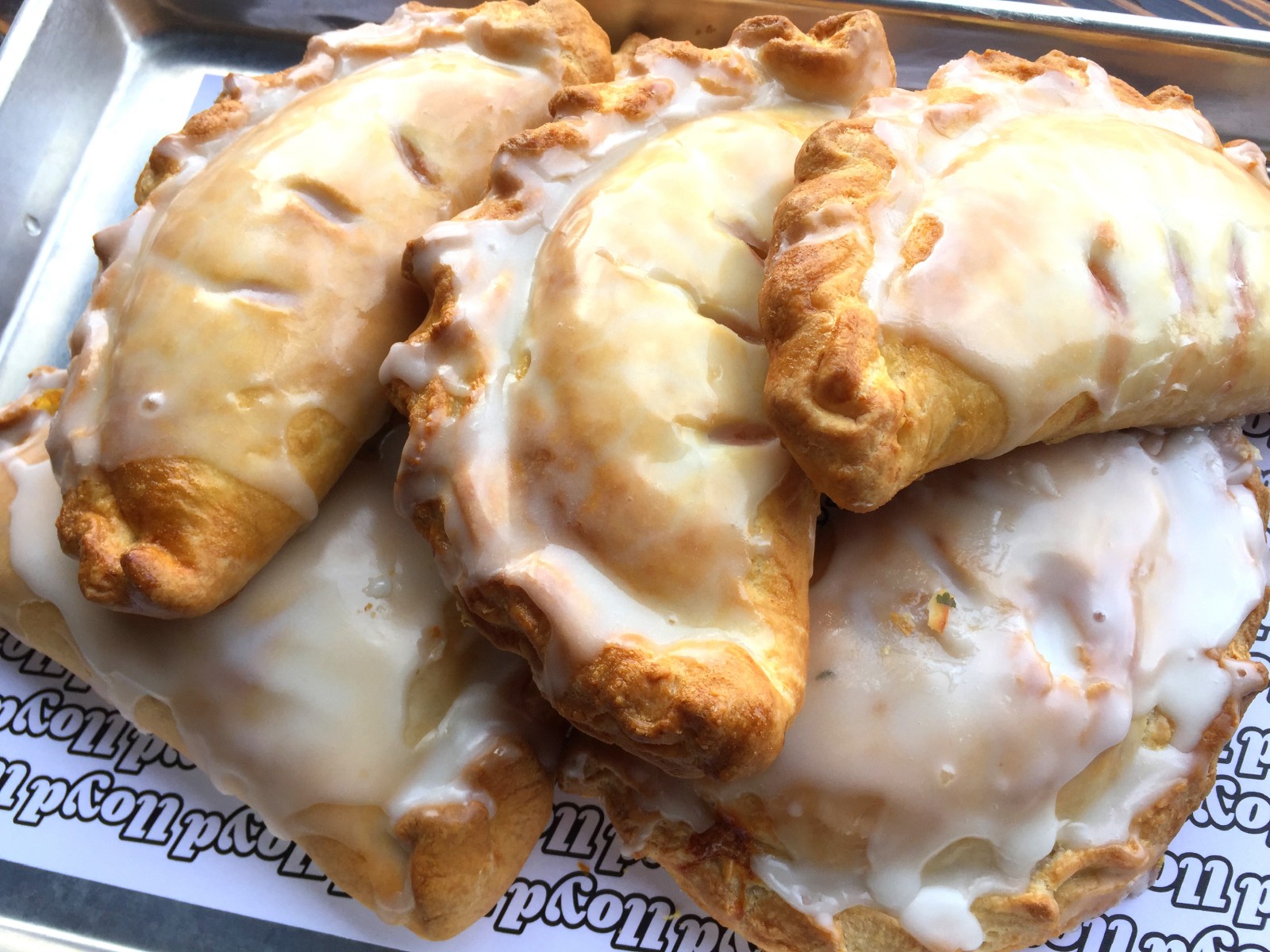 The hand grenades from Lloyd Taco Factory. (Christa Glennie Seychew/Special to The News)

Lloyd’s Hand Grenade evokes another crescent-shaped, icing-dressed, fruit-filled dessert quite intentionally. “I have no shame about mimicking one of my favorite gas station treats,” Dorsaneo said. “But we’ve done it the Lloyd way. We make the Hand Grenades using a cream cheese crust rather than a traditional butter-based crust. … It can take a lot of handling before it hits the oven, and it comes out nice and flakey. The pies also hold up really well once they’ve cooled.”

The seasonal flavor currently on offer is strawberry rhubarb with lemon curd. Every bite is different depending on the component ratio; some are super-tart, others are sweeter and filled with big pieces of strawberry. Over winter, the Hand Grenade featured zesty, soft lime curd with blueberries. Dorsaneo says fans can also anticipate seasonal fruit pies featuring the addition of chocolate or vanilla pudding. All the fillings are made from scratch; that’s the Lloyd way, after all.

Five dollars a pop might seem steep for a dessert at a place where menu items run for less than $7, but this is no ordinary offering. And let’s be honest: You pay $7 for a hulking piece of one of those frozen-then-thawed cake things at a chain restaurant without batting an eye. So make me and your Grandma proud and go have some real pie. I’d tell you they’re big enough for two (they really are), but then you’ll resent me for making you share. 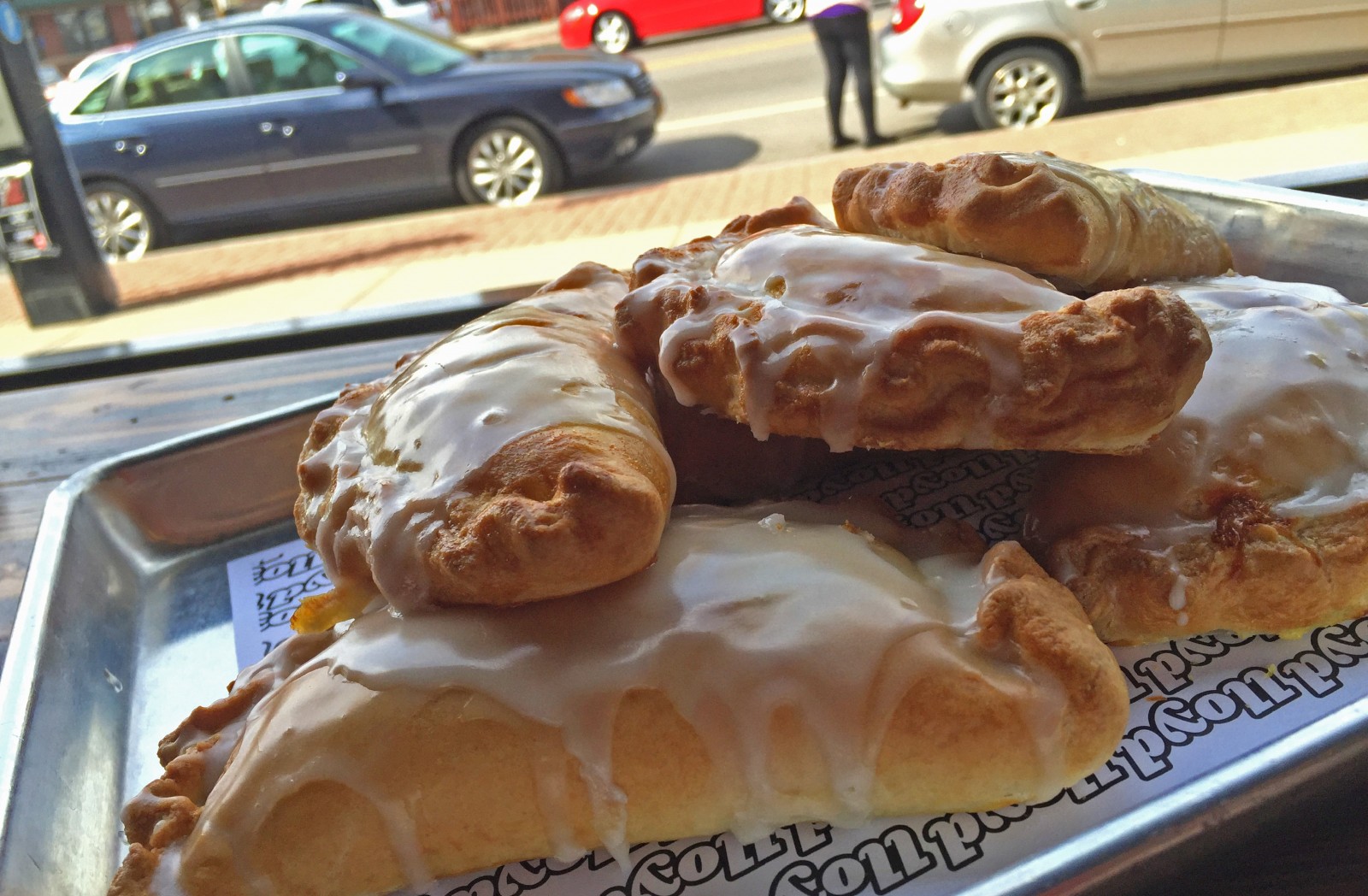 The hand grenades from Lloyd Taco Factory. (Christa Glennie Seychew/Special to The News)