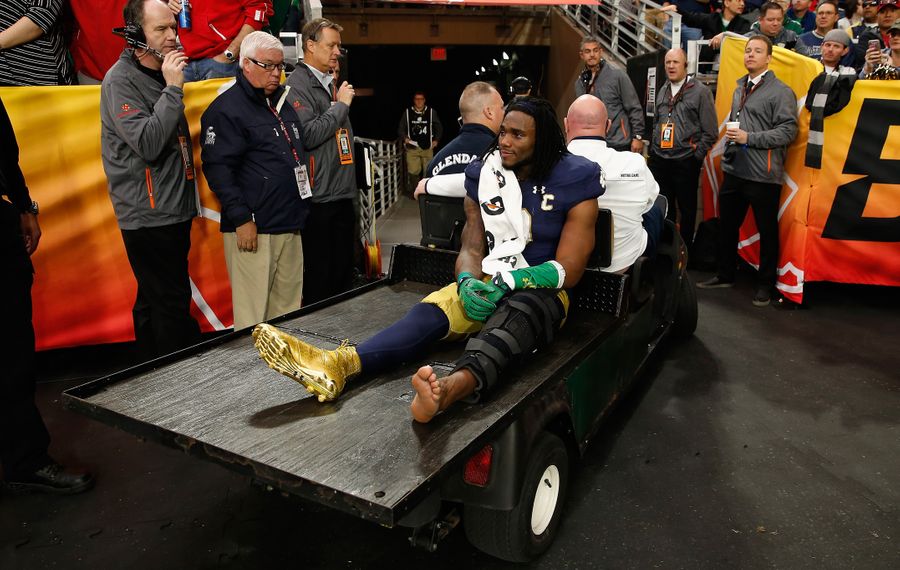 Lowdown: Projecting where Smith will go is one of this year’s great draft mysteries. He was a consensus top-10 pick before tearing the ACL and LCL in his left knee during Notre Dame’s loss to Ohio State in the Fiesta Bowl. The real concern, however, is whether nerve damage suffered from the injury will ever heal. That’s something that doctors are unable to determine, leaving Smith’s future up in the air. At the very least, he is unlikely to play as a rookie. … A consensus All-American in 2015, Smith became the second player to win both the high school and college Butkus Award as the nation’s best linebacker. … An every-down linebacker who has drawn comparisons to Patrick Willis and Von Miller. Fighting Irish coach Brian Kelly called Smith the best player he’s ever coached.

They said it: “I know of two general managers right now that told me he was going to be the No. 1 player on their board; they thought he was the best football player in this draft. It won’t surprise me if we get to day three and Jaylon Smith is still on the board.” ESPN draft analyst Todd McShay, on the impact of Smith’s injury

The Buffalo News profiled 50 prospects in 50 days leading up to the NFL Draft. This concludes the series.