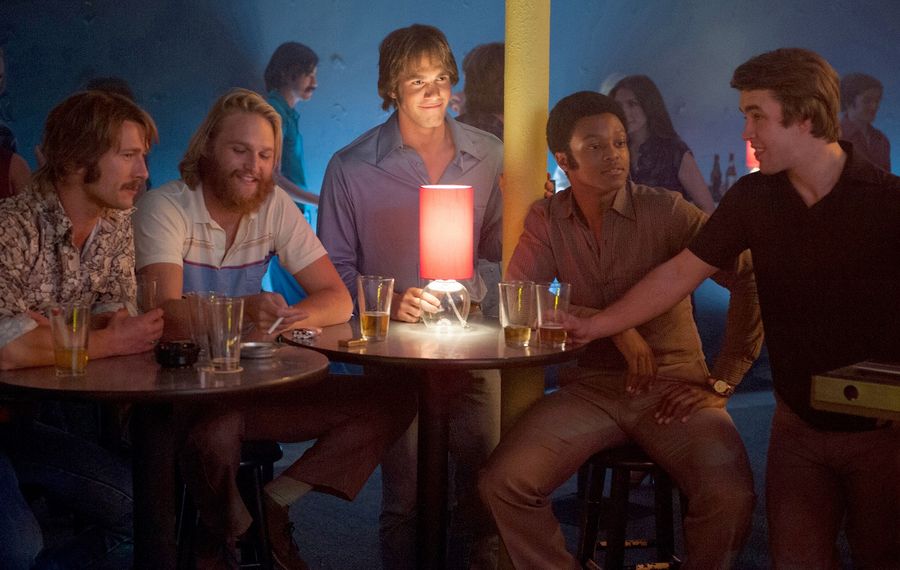 All of them were just starting out when they were in “Dazed and Confused,” Richard Linklater’s much-loved movie about the last day of high school in 1976. It was, at the time, a sort of beer and sweat-soaked version of “American Graffiti” cured in constant weed smoke and with a title from Led Zeppelin.

Now we’ve got “Everybody Wants Some” or Son of “Dazed and Confused,” the newest beer, sweat and weed-smoke group portrait of youth from slacker specialist Linklater. In this case, it’s a championship college baseball team either returning to school early from summer recess or beginning as freshmen in the big ramshackle shack that will try its best to remain standing while the ballplayers fill the place with alcohol, weed and girls – all the things their coach warned them not to indulge in. And along with all that, of course, there will be the constant sound of roughouse sarcasm of the sort that all males older than 13 will recognize as the way boys in America grow up talking with one another.

Linklater said this film is the spiritual heir of “Dazed and Confused.” Its title comes from Van Halen rather than Led Zeppelin.

Let me freely admit here that I think Linklater is a truly great American filmmaker – mostly on the basis of his amazing “Before” trilogy with Ethan Hawke and Julie Delpy – “Before Sunrise,” “Before Sunset,” “Before Midnight.” Whatever else you could say about “Boyhood,” its basic idea was both amazing and unprecented in the commitment of everyone involved. It was a very real boy growing up on camera from being an adorable pre-teen, through the most awkward years of adolescence and, at the end of the film, his entrance into college life and what looks like the beginning of a serious relationship with a girl.

The guys in “Everybody Wants Some” are raunchier than that, which means they’re funnier, too. They’re healthy young male animals in our culture. They want to break as many minor rules as possible, hook up with their female counterparts and perform on a baseball diamond well enough to distinguish themselves from their peers, as they always have.

But there’s a catch now in college. They’re not kids anymore. They’re no longer the best in their respective schools. If a guy’s a pitcher, say, with a blinding 95-mph fastball, there will be a batter who will park his fastball over the centerfield wall. If there’s a monster hitter, on the other hand, there will be some infantile problem which can reduce him to a psychological puddle.

It’s that universal college freshman experience: life is about to get very interesting. Most of the comforts of high school are gone. Weird things are taking their place. Adaptation is daily.

Classes haven’t even started yet.

These guys at least have an identity. They’re jocks. They are in some competition with each other but they know, in their deepest parts, that they have to function well together, too. Team, all that. It’s what makes the movie as much fun as it is – which is a lot in a very low-key way.

But unlike the future stellar cast of “Dazed and Confused,” this bunch seems much more actorish to me. However convincing they were in the baseball scenes, they looked a bit pathetic playing living room basketball. (I’m sorry, jocks are jocks. They tend to look like naturals even when playing sports not their own.)

There is seldom a moment when this cast seems to forget that its forerunners in “Dazed and Confused” included Oscar winners, sex symbols and independent film darlings.

What every one of them is doing in the movie is, as Master Thespian would put it on “SNL,” “ACTING.” That really wasn’t so in “Dazed and Confused” which makes this a slightly decadent and all-too-professional heir of “Dazed and Confused.”

It’s all likable, mind you.

Linklater, no doubt, understands that there is a point where realism has to stop and entertainment has to take over. One good look at these guys and the collapsing house they’re expected to inhabit and you can practically smell the place every time the camera returns to it. And the aroma is not roses. It’s very funny (if an aroma can be funny) to anyone with college dorm memories but it doesn’t quite justify every actor being so actorish.

If he wants to hack around and make a minor and likable little throwaway like “Everybody Wants Some,” good for him.

There is a fair amount of fun to be had here. And it’ll be fleeting fun again 15 years from now seeing what, if anything, happens to the careers of its unknown cast.

The Lowdown: A bunch of guys on a college baseball team roughhouse and chase girls.