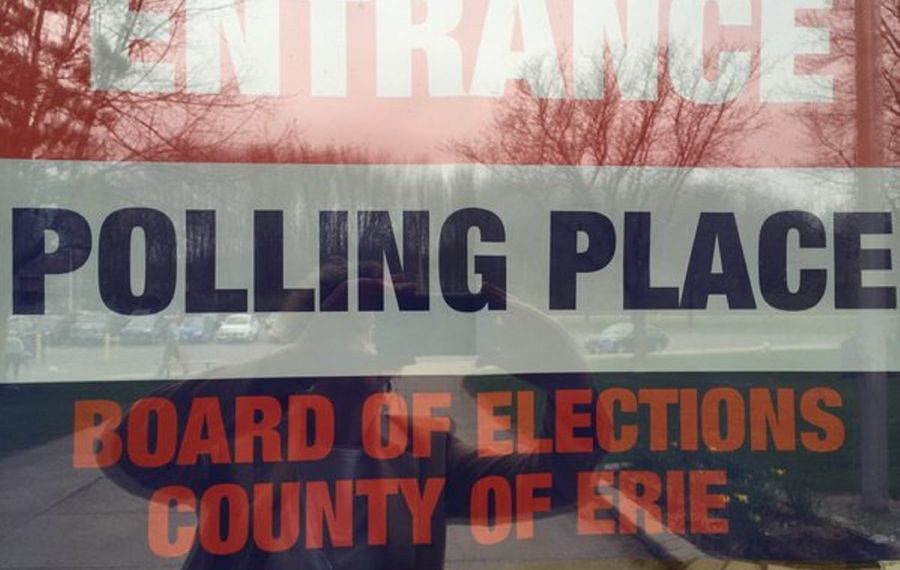 The nation’s political eyes are focused on New York today, and the expectation is that voter turnout on the Republican side will be high.

Republican primary contests in other states have yielded record turnout. In addition to Trump, Texas Sen. Ted Cruz and Ohio Gov. John Kasich have campaigned in New York leading up to today’s election.

On the Democratic side, former Secretary of State Hillary Clinton is running against Vermont Sen. Bernie Sanders.

Polls in Erie County opened at 6 a.m., giving residents here a jump on the rest of Western New York, where polls open at noon.

The runup to today’s primary featured a flurry of visits from presidential candidates and their surrogates. The New York primary hasn’t been this important in the outcome of the national races in more than two decades.

By mid-morning on Tuesday, turnout on the Democratic side seemed to be going well, said Erie County Democratic Chairman Jeremy J. Zellner.

Zellner said he had only gotten reports from a handful of voting sites, and he didn’t want to overstate the turnout or make generalizations yet.

Results were “very sporadic” in the City of Tonawanda, while there was good turnout in Buffalo, Zellner said.

“I think you’re going to have decent turnout everywhere,” he said of the county as a whole.

Things were calm at Parkside Lutheran Church at Wallace and Depew avenues in North Buffalo.

Caputo, the GOP strategist, said he expects many voters who go to the polls to vote for Trump and for Sanders will be frustrated when they find they can’t cast a ballot for their desired candidate. Many will not have been aware of the state’s closed primary system, which requires voters to be registered with a party in order to vote in that primary race, Caputo said.

He said he believes that situation will arise with supporters of Trump and Sanders, many of them first-time voters or people who don’t regularly vote.

“Bernie and Mr. Trump both have spent a good amount of time exposing what’s wrong with this system, so they’re motivated to vote because they want to change the system and then the system will stop them,” Caputo said.

Stay tuned to BuffaloNews.com all day for reports on Primary Day and tonight for results.