If “The Boss” were a comedy that was supposed to show off Melissa McCarthy, it doesn’t quite get us there; it never really takes the gloves off and lets her loose to do what she does best – be funny.

The premise is inspired from a character McCarthy developed in her former Groundlings improv theater days. Michelle Darnell, “the 47th wealthiest woman in America” has parlayed her hardscrabble childhood spent in an orphanage into an empire based on her credo “family is for suckers.”

She gives motivational speeches punctuated by pyrotechnics, and money literally rains from the rafters on her cheering followers. The books are selling, the glittering illuminated billboards are flashing. Life is good, she is completely self-absorbed, and McCarthy uses her cherubic face ingeniously with her trademark deadpan irony. We want to see more of McCarthy as hard-hearted, successful Michelle Darnell. She’s hysterical.

Unfortunately for the most part, “The Boss” leaves us wanting more of the things that are good about it.

On her ruthless climb up the ladder Michelle has made enemies, and one of them is her old flame “Ron” Renault, played with cartoonish flair by Peter Dinklage. Renault betrays her in dastardly fashion and in what feels like a plodding but simultaneously rushed setup, Darnell gets sent to jail, gets out of jail, ends up couch surfing at the home of her former assistant (Kristen Bell) and we have arrived at our “situation.” You can guess at the rest – of course Michelle eventually learns that family is, in fact, not for suckers.

McCarthy is one of those rare comedians whose experience, training and talent have evolved into a superstar, and in spots she is in full stellar display in this film. Some scenes where she is let loose are genuinely funny and during the in-between you may find yourself really wanting more of that.

The film fades in and out from earnest to silly to downright goofy toward the end, and may have played out better if it had picked two out of those three, because just as you get used to the feel for the shifts between earnest and silly, a left turn into goofy can be a bit of a head-scratcher.

McCarthy co-wrote the screenplay with her husband Ben Falcone, who also directed the film. There are so many accidents that have to happen to make a movie great, so who knows what made “The Boss” miss its mark with so much talent behind it. 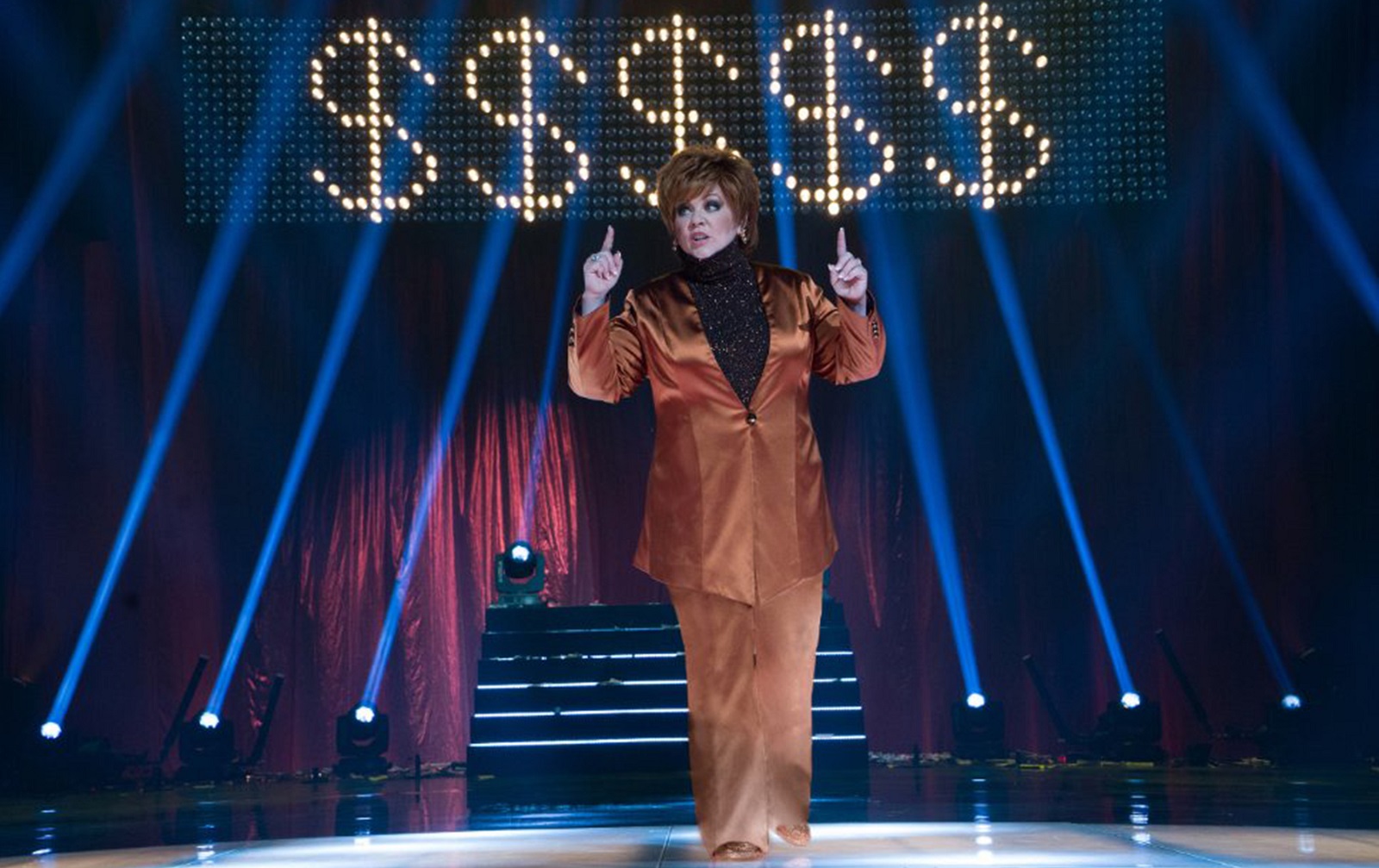 Much like the pop star who is loathe to sing that big hit song for the umpteenth time, maybe Melissa McCarthy did not want to fill an hour and a half movie with her being “hilarious” every minute, so instead she chose to write a screenplay using her equal talent for her acting range and throw in some silly subplots and a truly nutty ending scene just to make things interesting. She certainly has the acting chops, but somehow the film’s comedy and quirk and sentimentality just doesn’t gel.

Kathy Bates nearly steals the movie with her nanosecond cameos, including a hilarious ad lib during the “blooper reel” credits. McCarthy and Bates, who appeared together in “Tammy,” had wonderful chemistry in their lone scene together; it was another instance of wanting more from this movie. Tyler Labine was also a bright spot as Mike, Bell’s love interest.

“The Boss” has its moments and a first-rate cast, but considering the level of talent involved, just doesn’t quite get the job done.