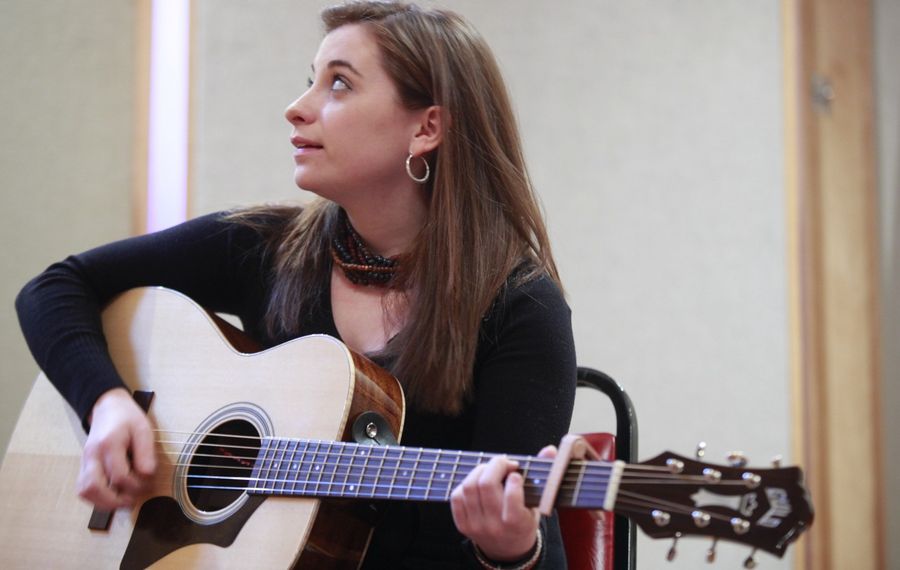 Grace Stumberg, a South Buffalo native and Performing Arts graduate, will be performing several songs on stage with Joan Baez in her hometown when they pull into Babeville for a concert at 8 p.m. March 26.

Stumberg, 27, was hired four years ago to be the folk singer’s personal assistant by Baez’s road manager Blair Woods, who also lives in Buffalo. One condition of her hire was not mentioning that she played music.

“I’m not even sure how it happened. I think one of Joan’s friends told her I could sing,” Stumberg said. That was over two years ago. At Baez’s urging, Stumberg sang Stephen Foster’s “Hard Times” during a sound check.

“Joan started crying and gave me a hug,” Stumberg said. “She said it’s beautiful, it sounds like church.”

That night Baez asked her on stage. Stumberg has been singing duets and backup with her ever since.

Getting to know Baez, Stumberg said, has only enhanced her regard for the musical legend.

“I knew some of her history, and I was so terrified and nervous. I had formed this vision of her as this big, untouchable star. But she’s not at all. She’s very genuine,” Stumberg said.

“I’m very grateful to work for someone that stands for so much, and is just an amazing musician and person.”

Baez told The News she enjoys performing with Stumberg.

“It’s just absolutely wonderful to have Grace on board,” Joan Baez said. “She lends something wonderful, spontaneous and youthful, and she is a tremendous talent.”

Stumberg is looking forward to playing Babeville on Saturday in front of “tons” of family and friends.

“It’s going to be really fun. I love Babeville so much, and to be up there with Joan in front of all these lovely people is going to be memorable,” Stumberg said.

The concert is the 14th and last show of the tour. It will leave her, conveniently, in her hometown, but Stumberg is planning local dates to get back on stage including a show at 7 p.m. April 15 at Daily Planet Coffee (1862 Hertel Ave.).