But they weren’t from Paul, who said he was too busy all day to get teary-eyed before adding “and that’s a good thing.”

He also appeared to be a little distracted by all the commotion, noting during his final forecast that there was some commotion in the hallways as his friends and family members gathered.

The tears came from anchor Jacquie Walker, who worked with Paul for almost 30 years and impressively guided her overwhelmed friend throughout by asking him who he’d like to thank on his final day.

Paul’s temperature actually was pretty cool throughout his 6 p.m. finale, which included a surprise visit from his two adult daughters, who live in New York City and Los Angeles.

During a filmed interview with Walker that aired, Paul said he hoped to be remembered for three things: “Someone with passion for his work, someone who did good work and someone who was a reasonably nice person and funny at times when appropriate.”

That’s what the late Van Miller comically said about Paul in his final broadcast in 1998.

Paul’s finale had warmth, nostalgia and some unintentionally comic moments that the meteorologist known for his sense of humor undoubtedly will appreciate if he watches the goodbye today on his DVR.

At one point, there was a technical glitch as some out-of-place video appeared to disrupt the ceremony of all Paul’s friends and co-workers on the set.

And the newscast ended abruptly and comically, with viewers told “Scores 4 You” was brought to them by an advertiser even though there wasn’t a sports report and no scores were reported.

[Don Paul: The wit behind the weatherman]

Historian and former radio personality Steve Cichon reports that today is the 40th anniversary of Roger Christian working at 102.5. Christian, who has one of the smoothest voices on radio, has been spinning tunes at 102.5 under a variety of names and call letters, including WBEN-AM, WMJQ-FM and the present WTSS-FM.

In case you wondered, Roger Christian isn’t his real name. I know what it is and I think many people who grew up in Amherst with him know, too. But I’ll let him keep his anonymity. 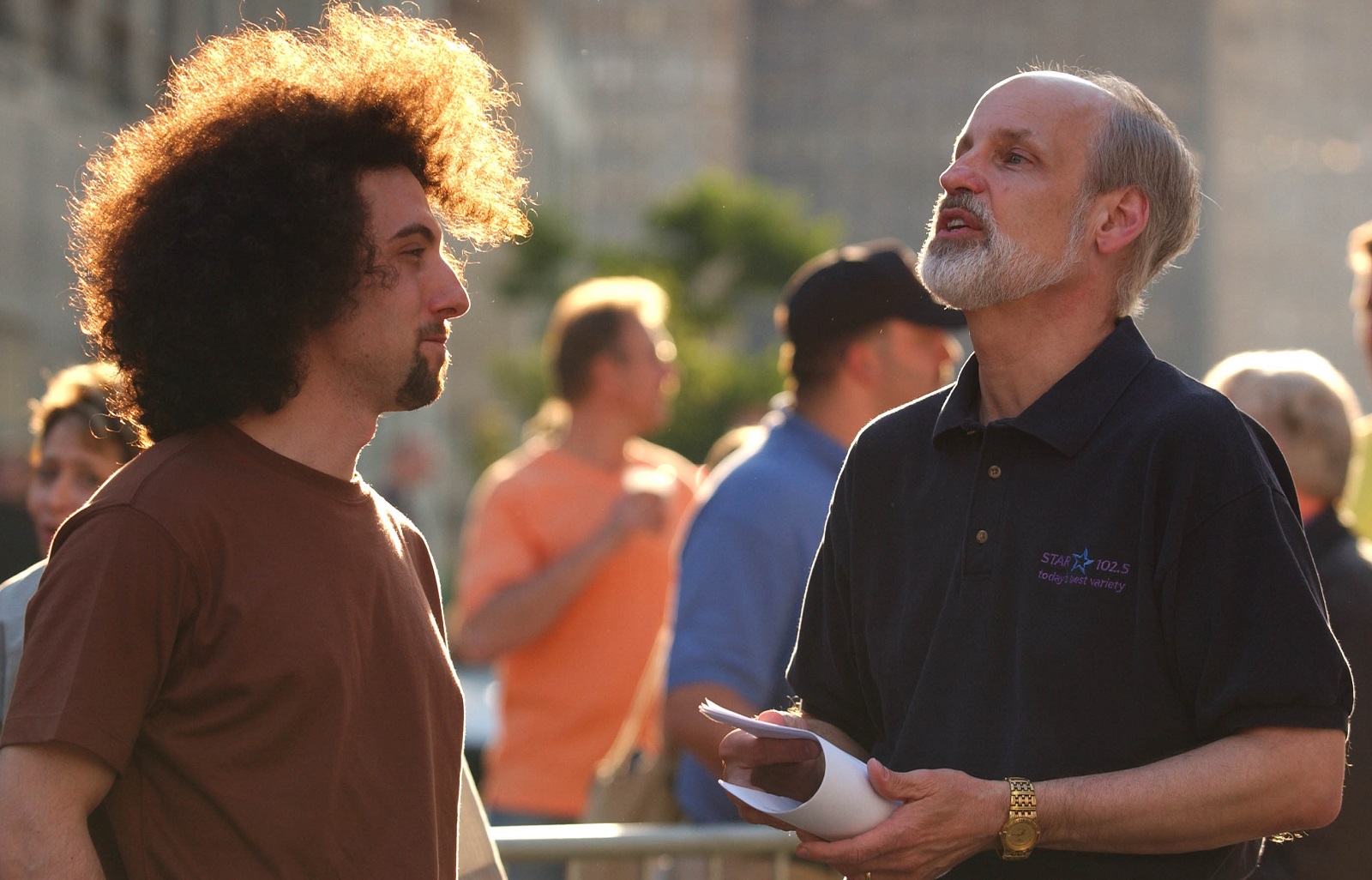 Veteran Buffalo radio personality Roger Christian from Star 102.5 was the emcee at the May 25, 2006, kickoff to another season of Thursday at the Square. (Buffalo News file photo)

When Cruz criticized New York Mayor Bill de Blasio for eliminating a pro-active practice under former Mayor Mike Bloomberg designed to keep an eye on the Muslim community and locate any possible terrorists, Guthrie noted that a supervisor of the program said it didn’t lead to “one piece of intelligence, one arrest or one conviction” and just featured undercover policemen sipping tea and eating sweets “at taxpayer’s expense.”

I haven’t watched “Dancing With The Stars” for years, but caught Monday’s season opener to see how former Buffalo Bill Doug Flutie performed. He was terrible. Even, I could have done better. OK, I’m kidding about that. I have two left feet. But if it wasn’t for the even more pathetic performance of Geraldo Rivera, Flutie might be the favorite to be eliminated on next Monday’s show. As the judges noted, Rivera didn’t really try to dance.

Flutie asked fans in his native New England, San Diego (where he played after he left the Bills) and Buffalo to save him. The pitch might have been more attractive to Bills fans if Flutie hadn’t danced to a tune played at Boston Red Sox games, “Sweet Caroline,” and had used the Bills “Shout!” instead. Flutie clearly was performing more for New England than Buffalo.