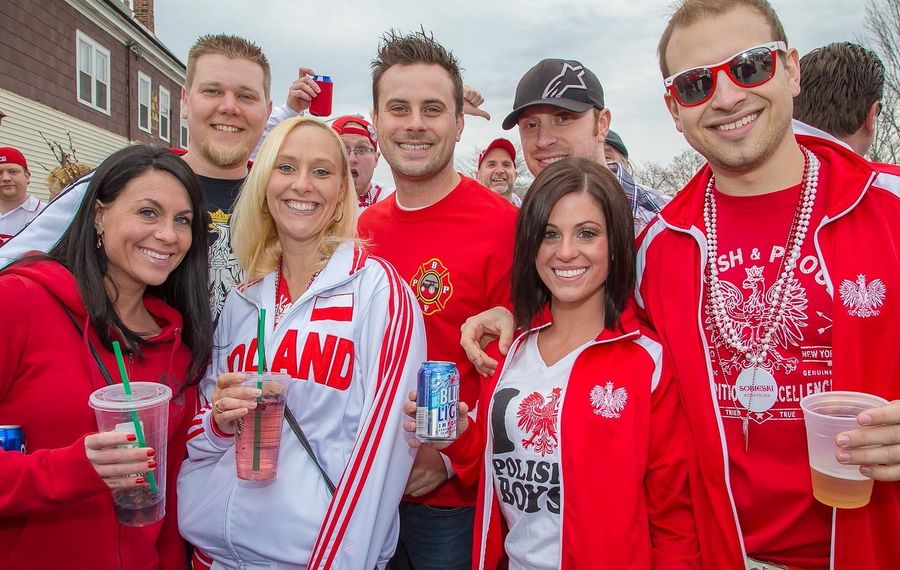 Buffalo, they're coming for you.

This isn't just reference to a memorable Jack Eichel quote; it's relevant to a Dyngus Day challenge from Troy, NY, a city just north of Albany, which aims to outdo Buffalo in its celebration on March 28.

"Buffalo might be the Dyngus Day Capital of the World, but I have two words to say to that: 'Enjoyski Troyski,'" said Adam Siemiginowski, owner of The Hill at Muza, a new Polish restaurant and beer garden in Troy. ("Enjoy Troy" is a popular expression of civic pride in that city.)

To Siemiginowski's credit, he's done his Dyngus Day research: he mentions polka music, playful pussy-willow whipping and the Anderson Cooper saga of 2012. His restaurant will sell handmade pierogi and "even butter shaped like a lamb," which, let's face it, would sound rather foreign to most people outside Buffalo.

Enjoyski Troyski t-shirt to celebrate Dyngus Day in Troy, NY. (Courtesy of The Hill at Muza)

It will be tough for Troy to catch up to Buffalo, though, which celebrates the post-Lenten Polish party with a major parade, a tent with polka and ample Tyskie, a lively gathering in the Adam Mickiewicz Library, buses roving between Dyngus Day bars and more events strewn across the city.

Read Harold McNeil's report from the 2015 festivities for an idea, and check out this massive smiles gallery from last year.

Good luck, Troy. You have quite the mountain to climb.

Email Ben Tsujimoto, who is prone to the occasional fit of giggling, at btsujimoto@buffnews.com