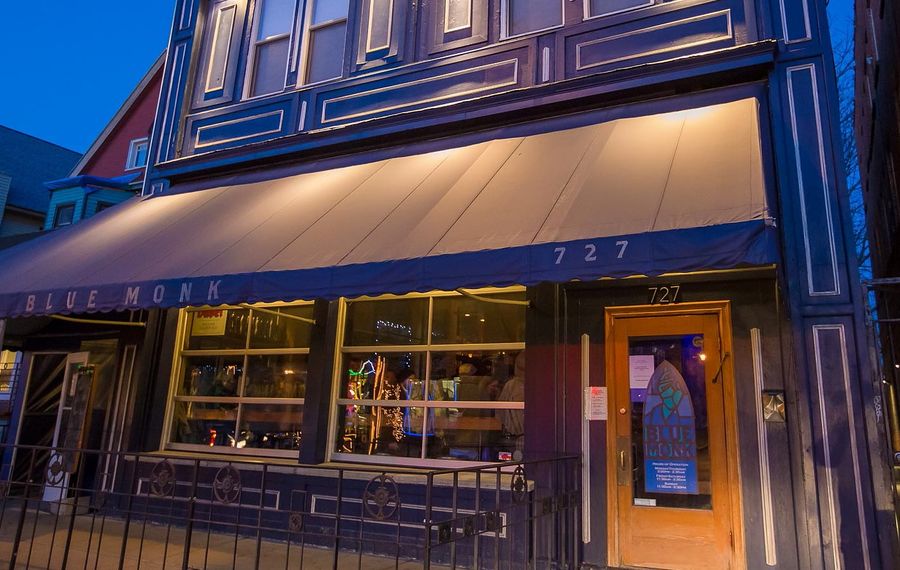 The only question left is when, said Mike Shatzel, an owner. The restaurant, at 727 Elmwood Ave., could close April 1, or it may have until May 1. He hopes to hold events for a few special kegs he’s been saving, but “it’s in the lawyers’ hands right now,” Shatzel said.

Kevin J. Brinkworth, the landlord, said the reason Blue Monk is closing is that Shatzel decided not to sign a lease extension. The Blue Monk has a 27-year lease with five renewable three-year options, with one on the table that Shatzel could have signed. The Blue Monk partners do not get along – “like oil and water,” he agreed – but Blue Monk is not closing because the landlord forced its hand, he said. “He chose not to renew his lease, period.”

Brinkworth said the restaurant, which he’s owned since 1970, will be open again soon. “It’s the best spot on Elmwood.”

The Blue Monk concept won’t die, Shatzel said. “I’m going to open up again, probably not as Blue Monk, find a new space and tweak the concept a little bit.”

The restaurant has about 30 employees. Shatzel said they should be able to find work at other restaurants he is a partner in, including the upcoming Thin Man Brewery and the renovated Colter Bay, both of which are about two months from opening, or Liberty Hound, which reopens in mid-April. “We’re working hard to retain all of them.”

Opened in 2010 in the former Merlin’s space, Blue Monk’s Belgian-intensive craft beer offerings helped usher in a new chapter in Buffalo’s beer history. It quickly gained an audience of craft fans with a lengthy, rapidly changing tap list often featuring brews unavailable elsewhere in Western New York. In 2012 it was named No. 19 beer bar in the world by the readers of RateBeer.com.

Shatzel said his favorite was last year’s inclusion in Zwanze Day. Blue Monk was one of 56 bars worldwide that got the chance to offer a special brew from the world-famous Brasserie Cantillon brewery.

“I’m proud of what the staff and I have accomplished since being the first bar in Buffalo dedicated to beer like that,” Shatzel said. “I’m proud we changed the craft beer scene, and I want to thank Buffalo for supporting us for five and a half years.”