What a wild weekend in Buffalo sports. The hosts of "Sports Talk Sunday" discussed the unexpected return of the University at Buffalo men's team to the NCAA Tournament, while recognizing the monumental accomplishment of Felisha Legette-Jack in taking the Bulls women to their first-ever Big Dance.

The Buffalo News Bills beat reporter Tyler Dunne joined the show to give updates on the Bills' offseason, including a closer look at the Richie Incognito contract saga.

1) University at Buffalo men and women both make the NCAA Tournament: Hosts Adam Benigni, Heather Prusak and Jonah Javad marveled at both University at Buffalo programs' unexpected Mid-American Conference Tournament titles, with the men's punctuated by a down-to-the-wire win over No. 1 seed Akron and the women's ticket punched by Stephanie Reid's buzzer-beater. 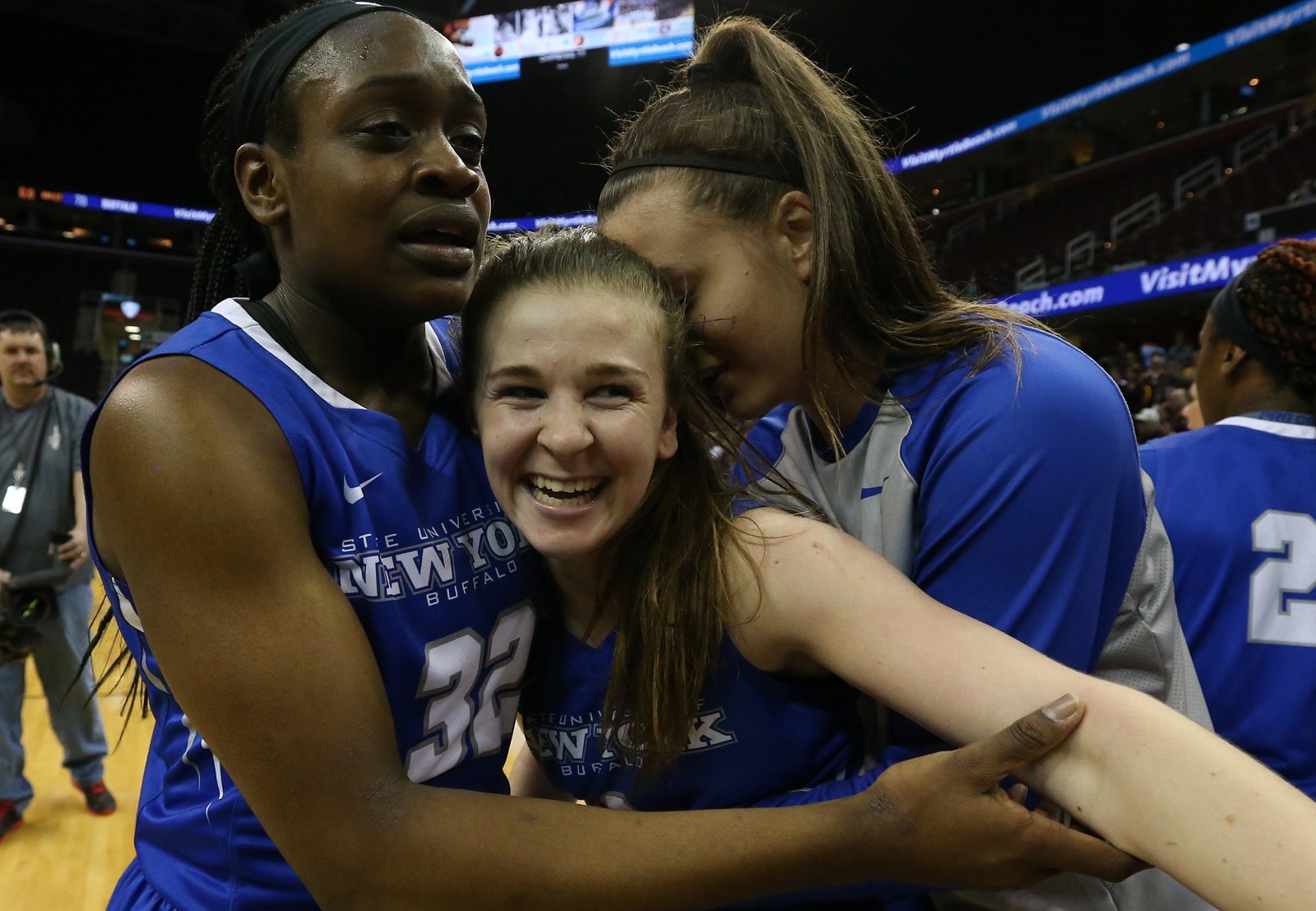 Prusak was thrilled that Crystal Oats, the wife of Bulls head coach Nate Oats, joined UB in Cleveland to witness the title despite a battle with lymphoma. The News' Jerry Sullivan wasn't too shocked by Nate Oats' sterling job, noting that he won over 250 games as a head coach at Romulus High School in Michigan before taking the Bulls' job.

[Sully: UB has motivation to win in NCAA Tournament this time]

After pointing out how the No. 14 seed Bulls will face No. 3 seed Miami at 6:50 p.m. March 17, Javad argued that the women's accomplishment was even more impressive than the men's, given that their No. 8 tournament seed was the lowest to ever win a MAC championship. Sully was fascinated by Jack's 12-player rotation, which included Reid's benching in the title game before her heroics.

2) St. Bonaventure men in NIT; women await fate: Javad was surprised that the St. Bonaventure men were left out of the NCAA Tournament, pointing to teams like Vanderbilt and Tulsa as less deserving. The WGRZ sports anchor mentioned how the Bonnies' three-headed monster of Marcus Posley, Jaylen Adams and Dion Wright could have posed problems for an NCAA Tournament team, while Prusak blames the Bonnies' loss to La Salle as one game that head coach Mark Schmidt would like to have back. 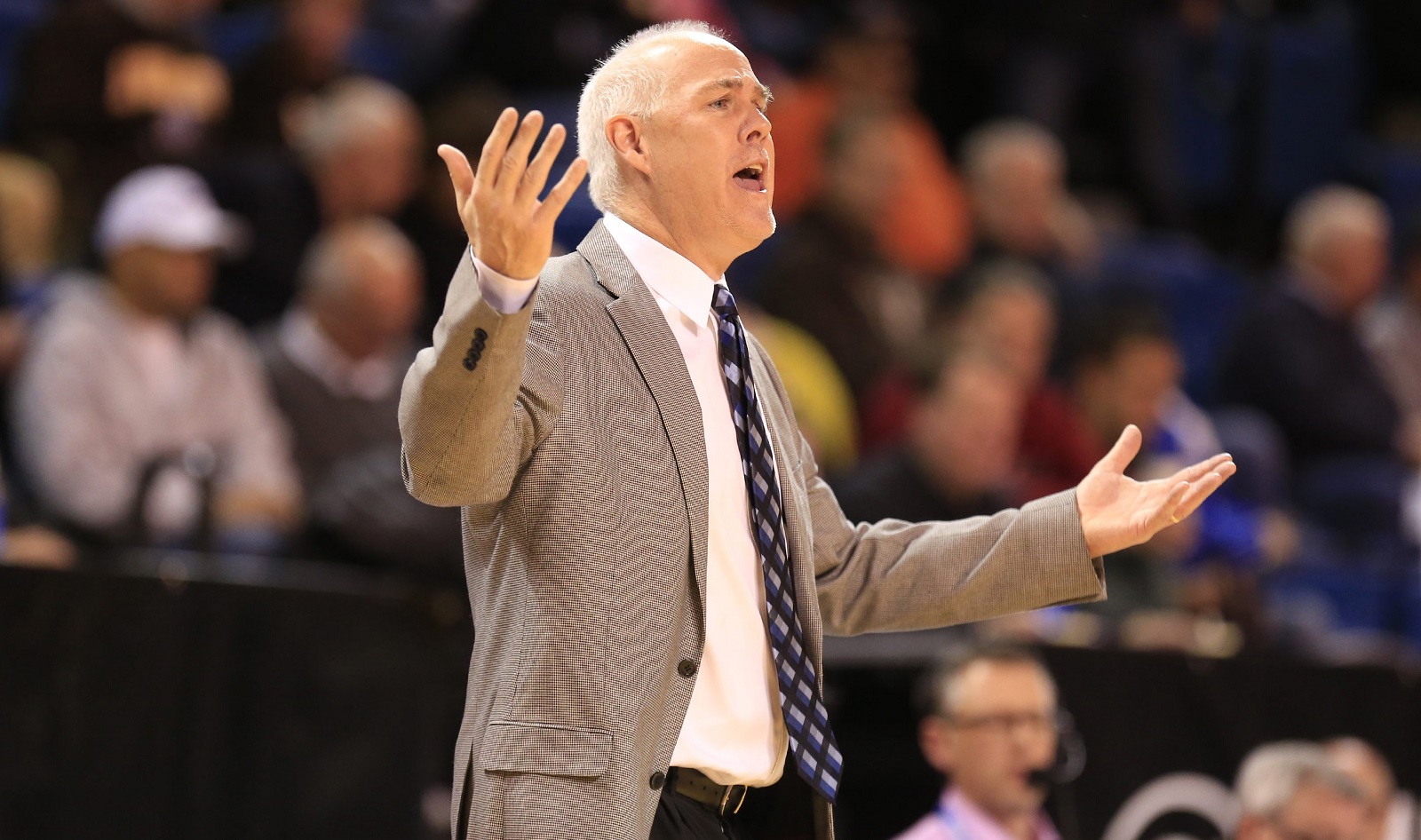 Sully pointed out how the Atlantic 10 was down this year -- only three teams made the 68-team field after six qualified in 2015 -- but still admitted surprise that St. Bonaventure wasn't selected. Prusak closes the segment by reminding Bonaventure fans that the women will learn whether they made the tournament on Monday.

3) Reaction to Incognito's signing: Dunne sat between Benigni and Sully to chat about Richie Incognito's new three-year, $15.75 million deal with the Buffalo Bills. Hearkening back to his own story on the burly Bills left guard, Dunne admitted that he wasn't surprised that Incognito stuck around, even after [his agent] was low-balled at the NFL Scouting Combine.

[Read Dunne's feature on Incognito during the Bill's offseason training]

Sully praised Incognito for becoming a leader last season, but The News columnist has even higher expectations for the left side of the Bills' line now that both Incognito and Cordy Glenn return with lucrative deals. 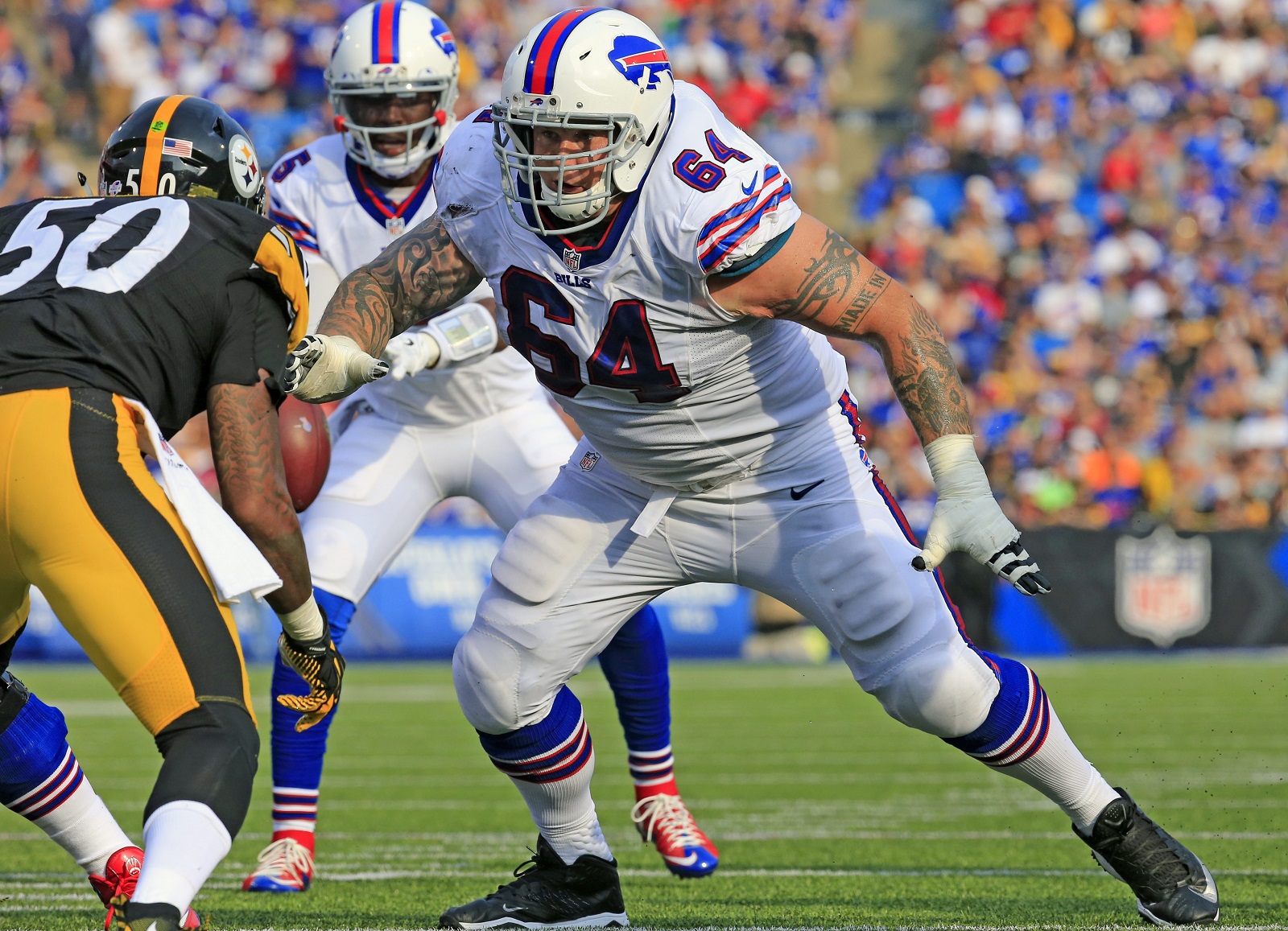 Dunne passed along an anecdote of when Incognito was in Miami, he was viewed as a "guy who punched old ladies and ate babies"; he then agreed with Sully that the Bills' line will face a challenge against the NFC West and AFC North, two divisions with notoriously strong run defenses.

4) Weighing in on Hogan, Tyrod: Benigni set the table by listing the Bills who departed in the last 10 days, with WR Chris Hogan signing with New England, Mario Williams with Miami and Leodis McKelvin, Ron Brooks and Nigel Bradham joining defensive coordinator Jim Schwartz in Philadelphia. Dunne said that Hogan wasn't a good fit for Buffalo -- he was often open but rarely found with an accurate pass -- but he could thrive with Tom Brady at the helm. 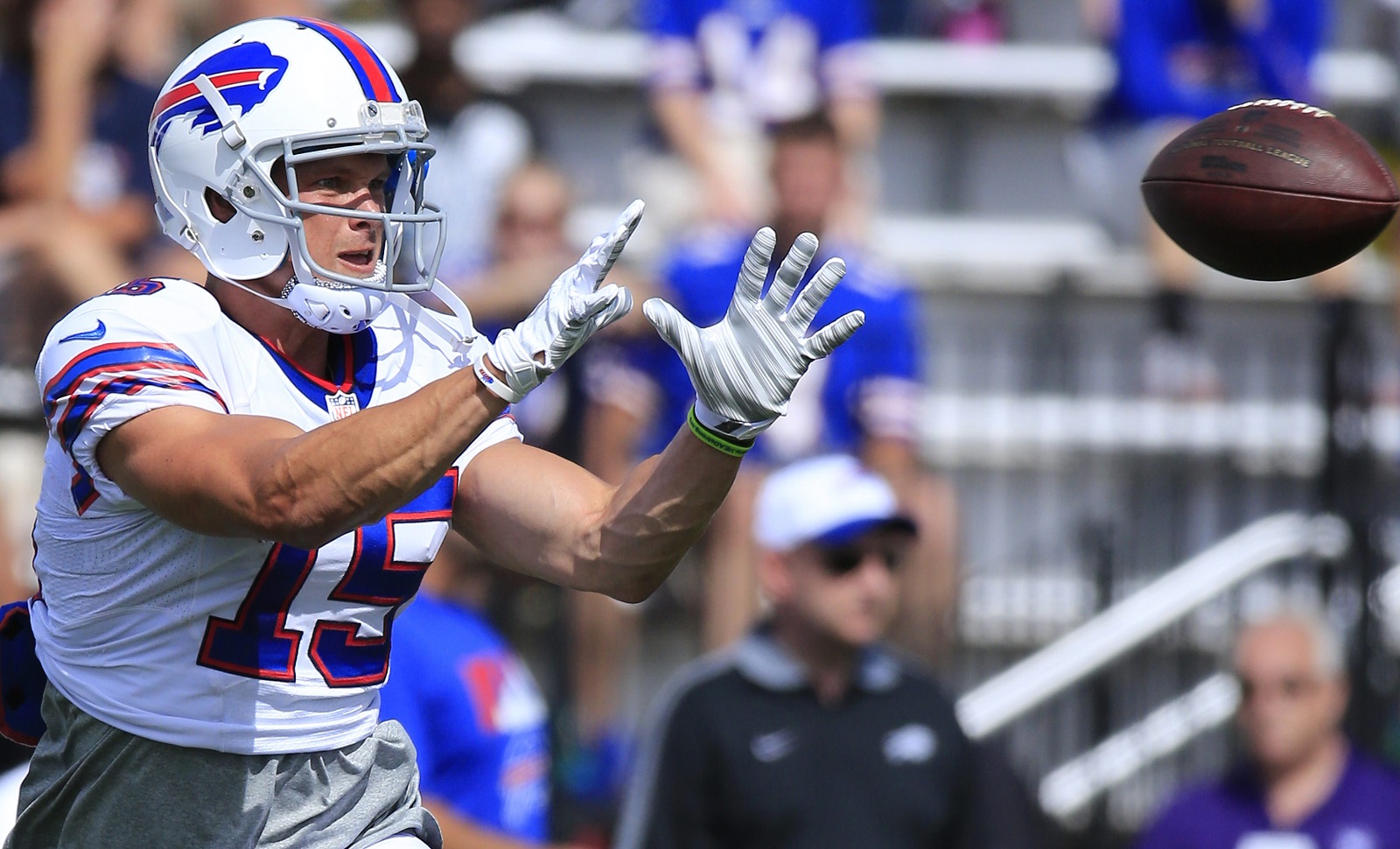 In light of Brock Osweiler's four-year, $72 million contract with Houston, the STS crew wondered what effect the deal would have on the Bills' Tyrod Taylor, who will angle for a contract this year. Both Dunne and Sully think the Bills should draft a quarterback, even if it's not early, and Dunne thinks that $18m-$20m is too much for a guy whose team went 0-5 when he threw 30 or more times.

Sully: It's easy to get cynical after covering sports for a long time, but the UB teams were a great reminder of how sports can thrill us and bring communities together, Sully said. He got choked up at the mention of Crystal Oats cutting down the nets in Cleveland. 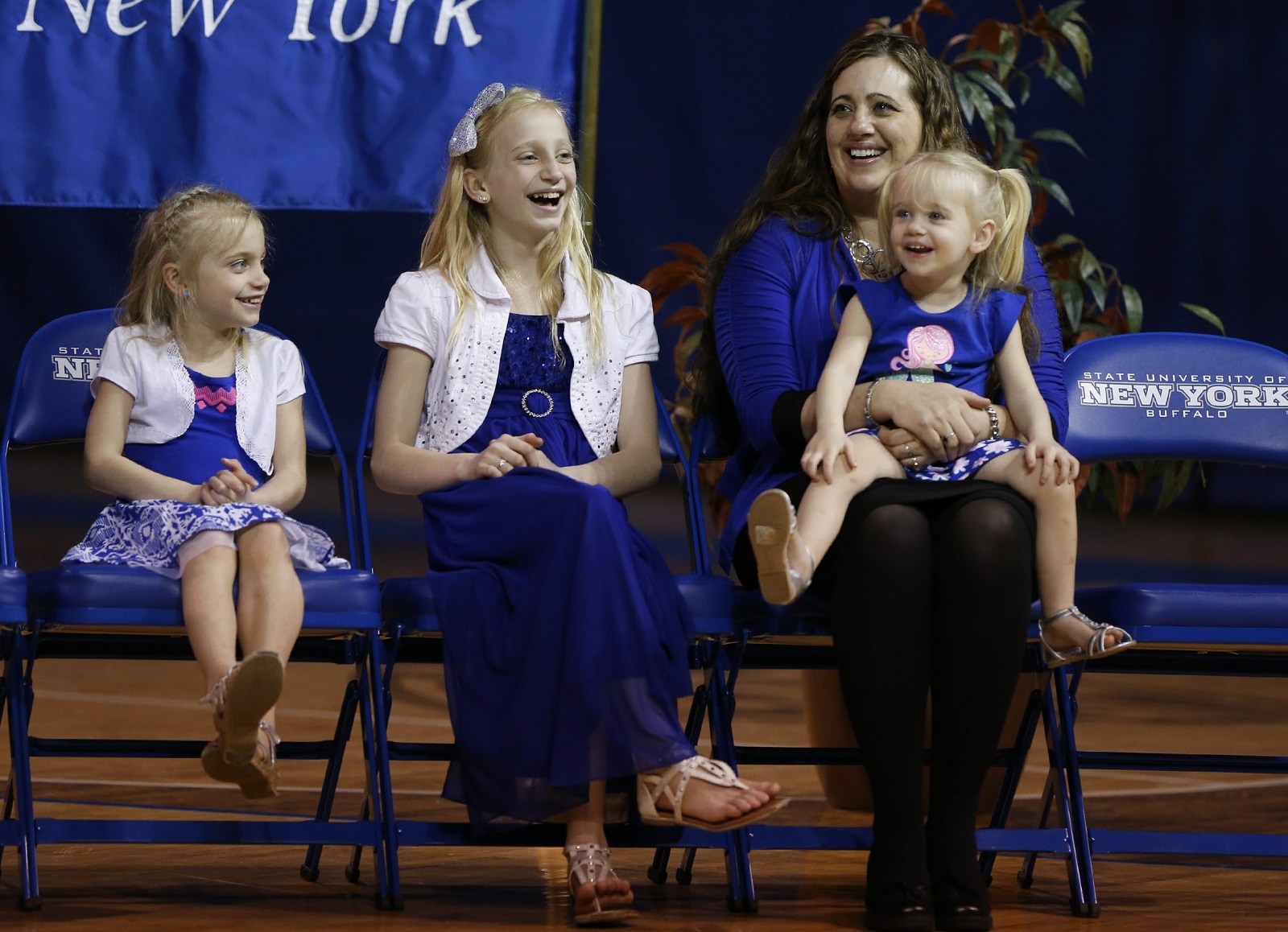 Dunne: The reporter urged fans to look at every story from both sides, using Incognito -- the face of bullying in Miami to a leader in Buffalo -- as a prime example. Dunne cautioned against a rush to judgment when it comes to players in the future.

Benigni: The GRZ host read off the high school state champions from the weekend, then rolled video of Jack Eichel's 21st goal of the year, with Saturday's breakaway in the waning seconds of overtime that doomed Carolina. He remains optimistic about the Sabres' future.

The next edition of "Sports Talk Sunday" rolls at 11:30 p.m. March 20 and every ensuing Sunday at that time.