The name Freddies Doughnuts conjures mouthwatering memories for generations of Buffalonians, many of whom will tell you they’ve never tasted a better doughnut than the ones they ate at the corner of Main and Michigan in Buffalo.

Very quietly in 1989, 82-year-old Fred Maier — Freddie himself — closed up the shop and retired. The day he tacked a sign on the door that said that'd be the last day they were open, word spread quickly and somewhere between 300 and 500 dozen doughnuts were sold as fast as anyone had remembered in the more than 50 years the store was open. The last-ever batch of Freddie's Doughnuts was wiped out by 10 a.m.

Born in Ukraine, Freddie came to Buffalo as a teen, opened his first bakery in 1924, and opened at Main and Michigan in 1935. Thirty years later, 25 million doughnuts a year were being churned out of the shop. It wasn't just folks stopping in to buy a dozen -- millions of dollars were collected by Boy Scouts and school kids selling Freddie's as fundraisers.

Freddie's is long gone, but the name Frederick Maier lives on in hundreds of doughnut shops around the world. In 1940, he was awarded a patent doughnut machine that he later licensed to Krispy Kreme.

In every Krispy Kreme shop, there’s a label on the back of the machine that produces the donuts, and on that label is Frederick Maier’s name. 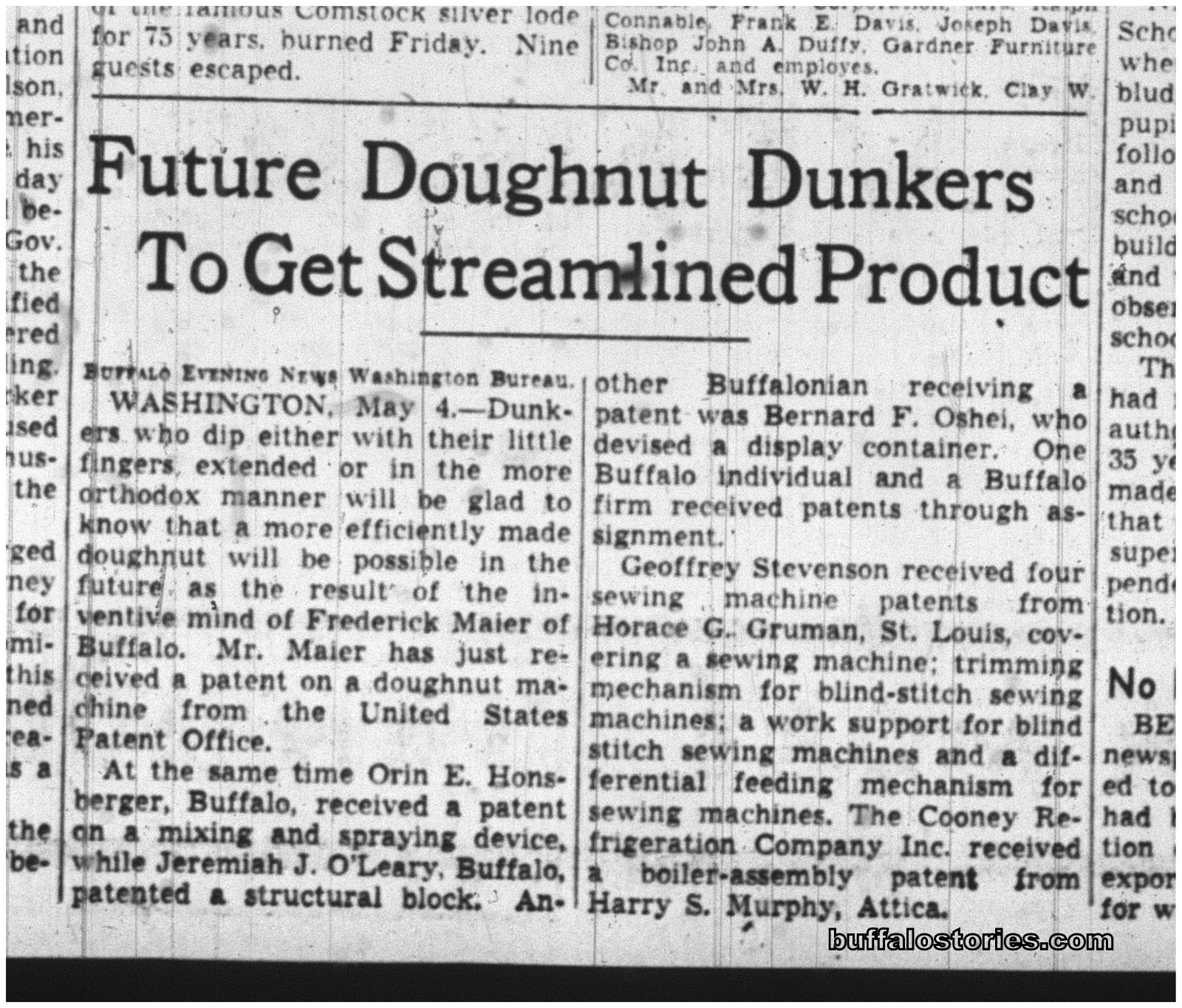