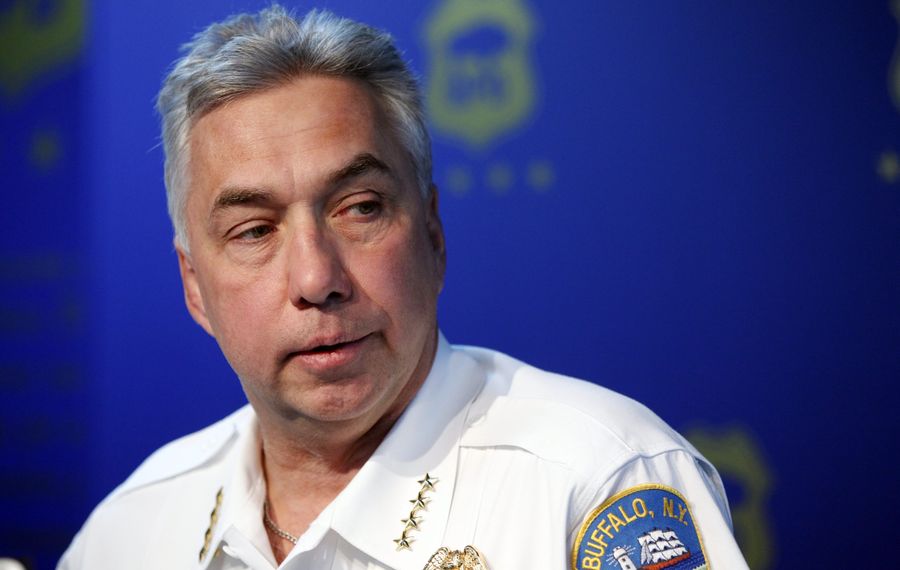 A woman and her son were arrested Friday afternoon during a raid on a 15th Street home where Buffalo narcotics officers seized 980 bags of heroin and a quantity of marijuana.

Erica Brown, 40, and, Erik Arias, 22, were charged with felony possession of a controlled substance and unlawful possession of marijuana.

The heroin that was seized from the 15th Street home is believed to be spiked with fentanyl, a synthetic and dangerous opiate, he added.

“It’s a continuing effort to rid our streets of these dangerous drugs that are killing users on a daily basis,” said Derenda, who added that “as little as four to five grains of fentanyl (each about the size of a grain of salt) is enough to stop a person’s heart.”

The raids are part of increased police activity targeting heroin sales in the city as well as the rise in trafficking of heroin combined with the deadly fentanyl. Sold on the streets as pure heroin, the mixture is 20 to 40 times stronger than straight heroin, leading to a local epidemic of overdoses and fatalities.

On Feb. 17, Buffalo SWAT and narcotics officers and State Police arrested Robert L. Smith, 28, and seized 167 begs of suspected fentanyl during a raid on Smith’s West Side home.

The narcotics squad in Friday’s raid was led by Lt. Sean T. O’Brien, who was assisted by Officer John T. Kujawa and K9 Destro.

Richards declined to say if Friday’s raid is part of a larger investigation.