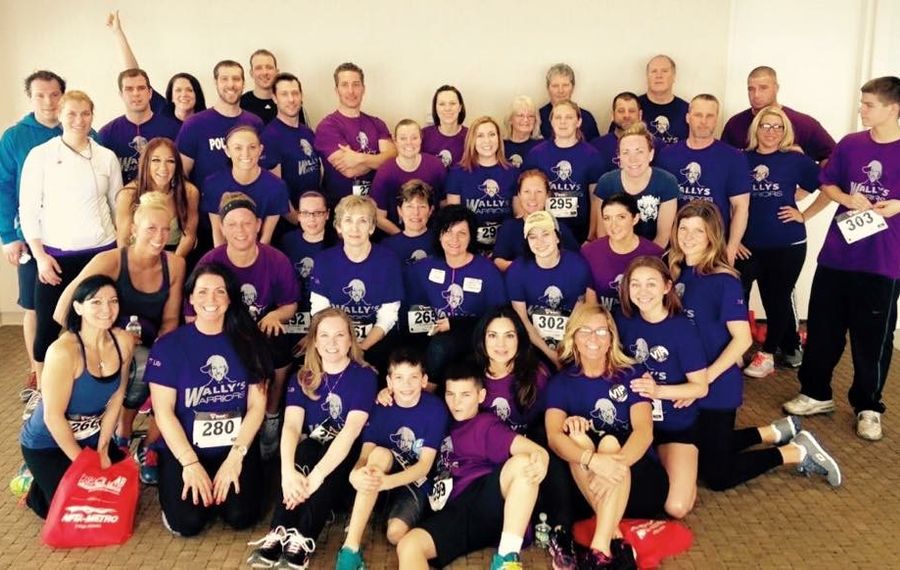 Katie Gemmer and her sister, Shannon Bauer, grew up in awe of their dad, Wally Thompson, a former Niagara University basketball player who was a coach, high school basketball referee, and physical education teacher at Bennett High School while the sisters were growing up.

“I considered my father like the mayor of Buffalo in a way,” said Gemmer, 36, of the Town of Tonawanda. “We couldn’t go anywhere without him seeing tons of people that he knew.”

Thompson was known for his love of family, his huge smile and passion for sports.

He also smoked Tiparillo cigars. He died nine years ago, at age 62, after a two-year battle with lung cancer.

His daughters since have become co-captains of Wally’s Warriors, the top fundraising team three years running in the American Lung Association Fight for Air Climb in Buffalo. This year’s event starts at 8:30 a.m. March 12 and challenges participants to climb the 38 stories – 800 steps in all – of One Seneca Tower. 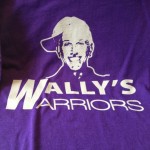 Members of Wally’s Warriors will be easy to spot during next weekend’s climb. Each will don a T-shirt with Thompson’s likeness on the front and the words, “Never Give Up” on the back. The shirts are purple, Gemmer said, because her father “bled purple for Niagara University,” where he is a member of the sports hall of fame.

Despite his busy schedule, he made plenty of time for loved ones.

“He was a big family guy, four sisters,” Gemmer said. “His funeral was packed. He had a heart of gold. Very, very tough man. He was at every single track meet of mine, every single volleyball game. My sister and I were on a co-ed softball team in the town of Amherst when we were in our 20s, for fun, and he became our coach somehow. He was at the finish line and starting line of every single thing I ever did, screaming and yelling and cheering.

“He was a big, driving force with everything I did, and continue to do with this climb.”

Thompson was retired and living on Pawley’s Island, S.C. when he was diagnosed with cancer.

He got the chance to see his first grandson but missed six others. He died four months before Gemmer’s wedding.

She, her sister, and Wally’s Warriors do the climb to raise awareness about lung diseases and funding for research, in the hope they can spare others a similar sense of loss. 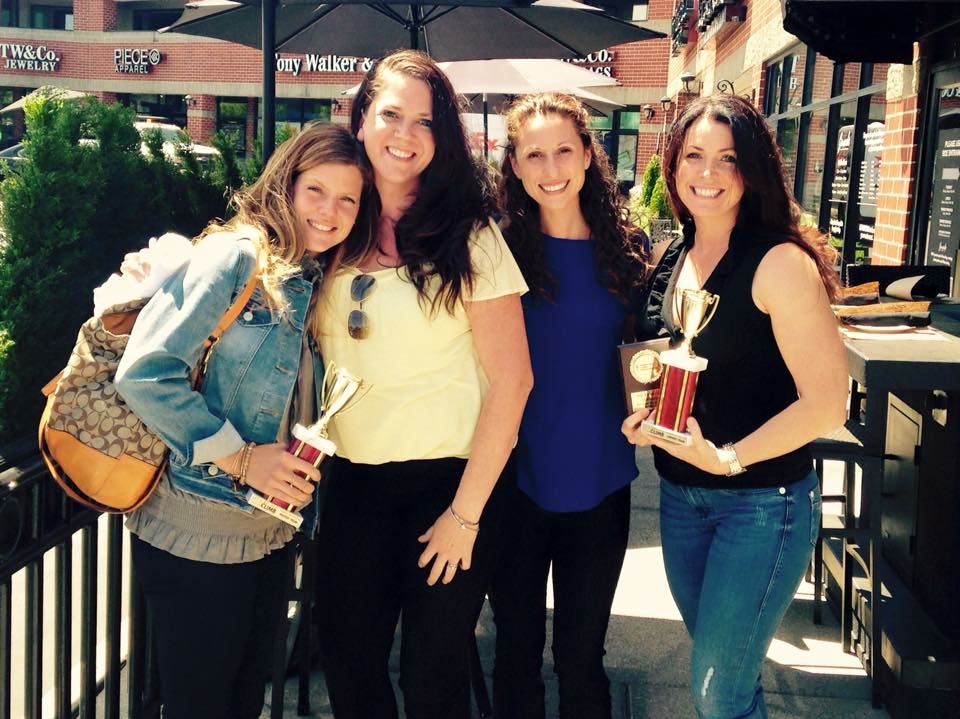 Here’s what else Gemmer said during an interview this week.

Q. What sort of perspective have you and your sister gained since your dad’s passing and why have you decided to become involved with this and other things in his memory?

The lesson is how precious life is; to really be there with family and spend quality time because you really don’t know how much time you have together. We’ve definitely tried to keep his memory alive. We’ve hung around with his basketball buddies and reffing buddies, keeping stories alive and raising awareness about cancer. A golf tournament we did, we gave the money to Coaches vs. Cancer. We’re trying to raise awareness, especially with kids, trying to keep people from starting to smoke. It’s something that we’ve instilled in our children, that smoking is awful and there’s a lot it can do to you.

Q. When and why did you become involved in the air climb?

The climb was on my birthday weekend five years ago and it seemed it was meant to be. We figured this was a good way to remember him. Along the way, we lost a couple more people. The team keeps getting bigger and stronger every year.

Q. What would you compare the climb to?

I thought doing half-marathons or CrossFit or these boot camp classes that I take would give me some perspective but there is not one thing I do that I can compare this to. It’s the most difficult thing I’ve ever participated in. ... About 10 flights in, I want to quit. I run and I take two steps at a time. I’m going as fast as I can and after that I’m really gassed. When you get to the top, it’s a wake-up call. I don’t want to scare people off but it is challenging. Even people that stop at every water station and take a break can still finish in between 15 and 20 minutes.

You’re completely winded and it’s very difficult. It really drives the point home into how people feel with emphysema, lung disease, cancer, asthma, whatever people suffer from on a daily basis. But it’s only difficult when you’re doing it. When you get to the top, it’s a gorgeous view of Buffalo. You can hydrate and get snacks and replenish, and then you can take the elevator down, straight to the after-party at Pearl Street Grill.

Q. Talk about your team?

We have about 50 members. Last year, the age ranges were from 10 years old to over 70 years old. It doesn’t matter your age or ability. Anyone can do it; you have to go at your own pace. Everybody on the team either knew my dad and loved my dad or are supporting my sister and I. Everybody has a different reason for doing it. Some people on the team, their kids have asthma. One of my friends lost her uncle to lung cancer. We lost our dad. My aunt, my dad’s twin sister, lost her husband to throat cancer. It touches everybody’s lives. Everybody knows somebody who’s had a lung ailment or struggled to breathe in some manner.

Q. How much have you raised over the years?

Q. What is the secret to leading in fundraising?

I believe I follow in my father’s footsteps when it comes to socializing skills. I have a huge network. I have a lot of friends. We have a huge family. We have a lot of support. I’m pretty relentless as far as fundraising, too. You come off my email list and my group text once you donate. Otherwise, the requests keep coming. For a couple months, it’s kind of like a part-time job for me.

Q. When it comes to keeping your lungs as healthy as possible, what do you advise?

Obviously, not to smoke. Exercise. You have to keep your endurance and your lungs and your heart and your body healthy. Proper diet is very important, too; being cautious about what you eat and drink and put into your body.