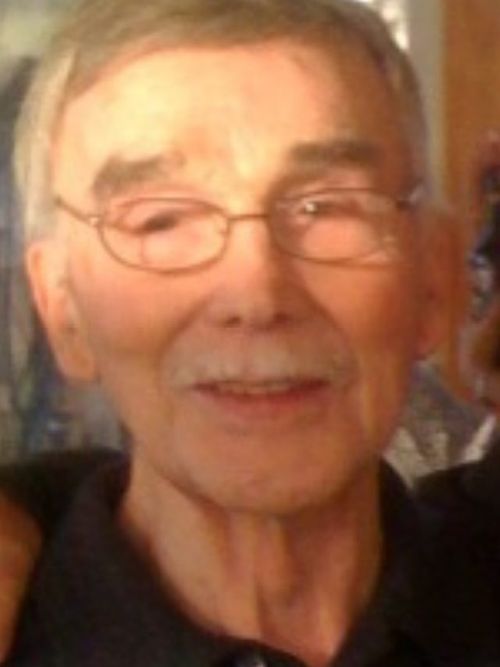 Salvatore P. Giardina was an all-around handyman, expert painter, musician, devoted church volunteer and a guy who enjoyed helping others.

“He volunteered at churches, hospitals and soup kitchens, every chance he got,” recalled one of his sons, James Giardina. “He spent much of his life just helping people.”

Mr. Giardina, a Town of Tonawanda resident who spent most of his life on Buffalo’s West Side, died Monday in Millard Fillmore Suburban Hospital, Amherst, following a brief illness. He was 94.

Born in Buffalo and educated at city schools, Mr. Giardina was a graduate of McKinley High School. He entered the Merchant Marine during World War II and served as a mechanic on ships that delivered U.S. military supplies to ports in India, the Phillipines and other overseas locations. He told family members that he felt very fortunate to have survived the war, because many of the Merchant Marine supply ships were attacked and sunk.

An expert musician, he also played trumpet in jazz clubs in India during the war. “He’d get paid a few bucks for playing trumpet in these clubs, and send the money back to his parents in Buffalo,” James Giardina said.

After the war, he hired on with the Erie County Department of Buildings and Grounds, and he repaired county buildings and facilities for 40 years before retiring in 1986.

According to family members, he was the county’s chief maintenance employee at the time of his retirement.

He and his late wife, the former Claireen Wylde, then plunged into a wide range of volunteer activities, many associated with their neighborhood Annunciation Church at Lafayette Avenue and Grant Street.

In addition to serving for decades as the church’s handyman, Mr. Giardina was a eucharistic minister, and he also took part with his wife in fundraising activities. He also volunteered for many years in the chapel at Millard Fillmore Hospital and at a West Side soup kitchen. Mr. Giardina was also known for years as the official “sauce maker” at the Pizza Town restaurant on Niagara Street, formerly owned by his son, Frank.

He also served for decades as a committeeman for the Erie County Republican Party, and he enjoyed spending time with his seven children, 15 great-grandchildren and one great-great grandson.

In addition to his two sons, he is survived by two daughters, Maria Giardina and Claireen “Babe” Kupco; and five sisters, Josephine Chido, Concetta Hanania, Anna Skaverek, Adaline Heymanowski and Margaret Damerau. His wife of 47 years died in 1983.

A Mass of Christian Burial will be offered at noon Friday in St. Joseph University Catholic Church, 3269 Main St.