In 1981, an era ended in Buffalo when the last Deco Restaurant turned off the short-order griddle for the last time. 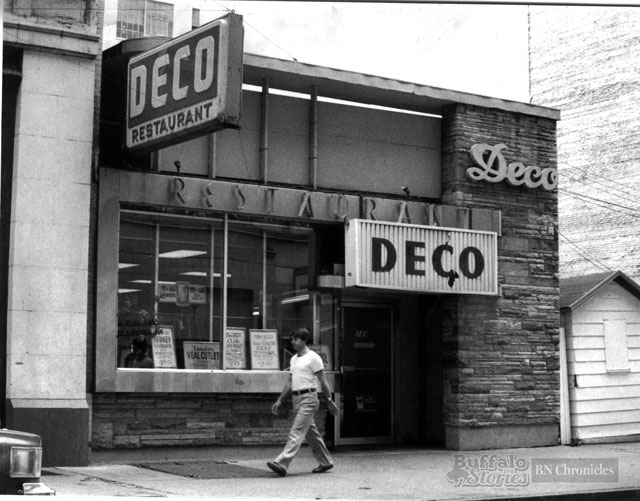 Deco served its first hot dog and what would become known as “Buffalo’s best cup of coffee” in 1918. Success at that first small stand at the corner of Main and Lisbon saw another small stand open near Seneca and Bailey.  By the 1940s, Gregory Deck grew the business into an empire of more than 50 Deco lunch counters around the city. These places were small, cheap, and slam-bang. From your stool bolted in front of a small counter, you could order coffee, burgers, hot dogs, and a limited menu of one or two regularly changing specials. Cherry Cokes and lemonades were the favorites of the younger crowd.

The smell of grease, cigarettes, and coffee hung in the air. Reflective of Buffalo’s then overwhelmingly blue collar factory workforce, Deco was more a place for shift workers to consume sustenance than a place to sit down and enjoy a meal. Depression-era and then war-production-era Buffalo lapped up the no-frills little joints.

In the ’50s, the appeal of Deco’s haggard simplicity was waning. Teenagers still liked the cheap prices and the pinball machines that were squeezed into most locations, but more welcoming places like Your Host and Colonial House were gaining a foothold with bigger menus and a nicer atmosphere. On the cheaper end, places like Henry’s Hamburgers were offering a sack of burgers for a buck. McDonald’s was there, too — faster and cheaper. 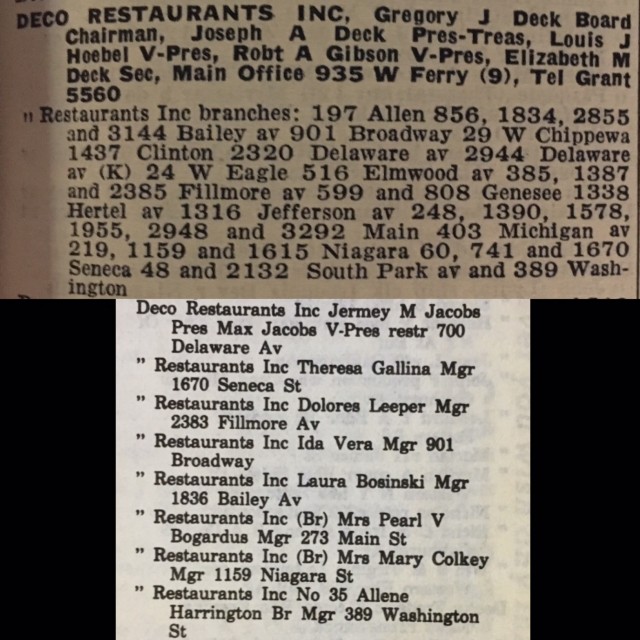 When Gregory Deck retired in 1961, he sold out to SportsService and the Jacobs family. Eight units remained in 1977, and the last one — now the parking lot for the Hotel Lafayette — closed in 1981.