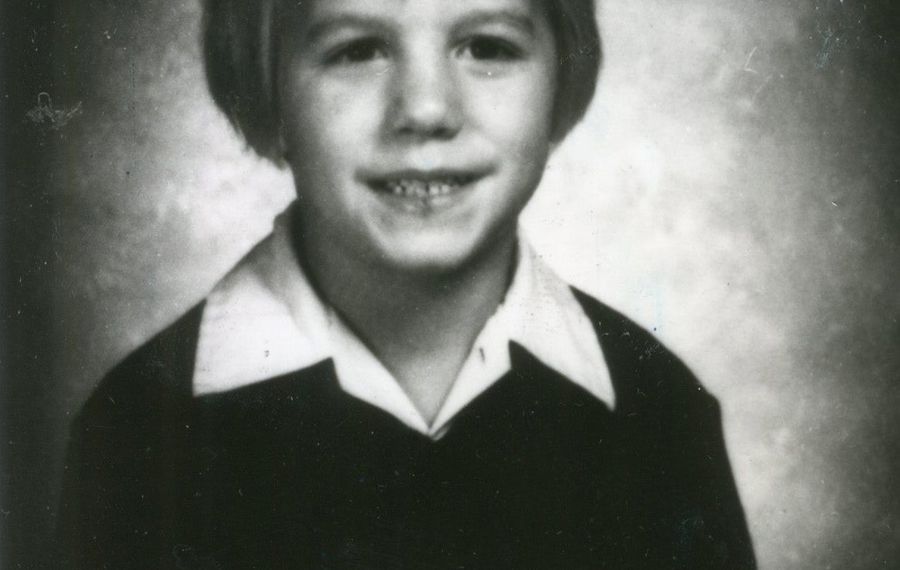 Jesse James Powers would have turned 37 on Tuesday.

Who knows what he would be now, his family wonders. Maybe an architect, given his love of Legos. Or a truck driver or race-car driver, because of his passion for Hot Wheels cars.

But Jesse never lived to see his ninth birthday.

The second-grader with the dirty-blond hair and outgoing personality suffered one of the most grisly deaths in Buffalo homicide annals.

The 8-year-old was beaten to death, possibly strangled, in an abandoned boxcar in the city’s Riverside section on July 30, 1987.

His body, tossed out of the boxcar into a weed-filled area, wasn’t found for six days.

His killer, knowing full well the boy’s fate, even joined in the search parties looking for Jesse.

And the motive for the beating death: Jesse and his mother had been scheduled to go to Town of Tonawanda police the next day to file a complaint that his eventual killer had sexually abused him, according to news reports back then.

That killer, David J. Hinchy, now 51, has spent the last 28 years in prison, serving the maximum sentence of 25 years to life for his conviction on a second-degree murder charge.

In early April, Hinchy comes up for parole for the third time, and Jesse’s surviving family is pushing hard for that parole bid to be denied.

“He needs to die in prison, to pay for how awful that crime was,” said Sandy Powers, Jesse’s aunt, who lives out of state.

“For somebody to kill somebody like that, to me he was vile. He was not human. He made that boy suffer.”

So Powers, the sister of Jesse’s late mother, Nancy, has started a petition drive on the website change.org, to oppose Hinchy’s parole bid.

Besides the viciousness of the crime, Sandy Powers has two other reasons to oppose Hinchy’s parole bid.

First, the effect on the Powers family.

“It destroyed our whole family,” Powers said in a phone interview. “As soon as it happened, my sister mentally snapped. She couldn’t handle it. She became an alcoholic and committed suicide (five years ago).”

Sandy Powers, citing the high recidivism rate for child molesters, also fears what could happen to other children if Hinchy were paroled. A 1988 Buffalo News story, based on sentencing and probation records, reported that Hinchy had had at least five sexual contacts with boys, ages 5 to 14, before the killing.

“If he gets out, he’s going to be a grave danger to any children he may run across, or intentionally run across, especially little boys,” Powers warned.

In the first week of August 1987, The Buffalo News ran a photo of Jesse, a missing boy described as 4 foot tall and 60 pounds, with “dull brown hair.” Witnesses told police the boy had been seen at about 8:30 p.m. July 30, in the company of Hinchy in a Niagara Street convenience store. Hinchy had known the family for years.

Search parties found the boy on the evening of Aug. 5, near the railroad tracks behind Rano Street, not far from his home. Jesse’s decomposed body indicated he had been choked, kicked and beaten to death, although whether he was strangled became an issue at trial.

In November 1988, Hinchy was convicted of intentional second-degree murder, at that time the most serious crime available to prosecutors. Hinchy later was sentenced to the maximum penalty, 25 years to life.

State Supreme Court Justice Mario J. Rossetti told Hinchy he imposed the maximum term because he agreed with the jury that Hinchy deliberately killed the boy to keep him from going to police with a sex-abuse complaint, The Buffalo News reported. Such sentencing statements are routinely considered at parole hearings.

Both Rossetti and defense attorney Mark M. Jasen have since died, and the lead prosecutor, Russell P. Buscaglia, is a State Supreme Court justice who couldn’t comment on the case for ethical reasons.

Hinchy, now serving his time in Woodbourne Correctional Facility, has been denied parole twice before, first in April 2012 after almost 25 years in prison, and then again in April 2014.

The two-year cycle means he comes up for parole again this year. Hinchy is scheduled to be interviewed on the week of April 4, with a decision due the following Monday, according to Taylor Vogt, public information officer for the state’s Department of Corrections and Community Supervision.

Officials from that department said the Parole Board considers statements from a victim’s family, an inmate’s criminal history, in-prison record, potential for a successful transition back into the community and the perceived danger to public safety.

Here are some of the comments from Parole Board members in twice denying Hinchy’s parole bid: “Your actions displayed a depraved indifference to human life ... This panel finds compelling your heinous actions in 1987 and feel you continue to pose a threat to public safety and its welfare ... You were not deterred by court leniency or prior community supervision ... Your release at this time would so deprecate the serious nature of the crime as to undermine respect for the law.”

“David Hinchy choked and beat Jesse Powers, 8 years old, killed him in a train box car, and then threw him into the weeds for six days. This happened a day before Jesse was to testify against him for sexual crimes ... Jesse was beaten badly and his head kicked in. Hinchy participated in the search which took six days.”

After describing Hinchy’s conviction and sentence, the petition concludes, “We, the undersigned, STRONGLY OPPOSE parole for David Hinchy. Justice demands he serve the full prison sentence given to him at the time he was sentenced for this heinous crime.”

The petition includes some strongly worded pleas from petition signers, including this one from a North Tonawanda man:

“I am signing this petition because my life was severely damaged from finding the body of Jesse James Powers after he was ... murdered back in 1987 ... I have so many detailed memories but will not speak of them here for the sake of Jesse’s family.”

The petition, which had 1,400 supporters as of Monday evening, can be found by visiting change.org, scrolling down and clicking on the “criminal justice” topic and then searching for “parole block.”

More than a quarter century later, it’s interesting to wonder whether Hinchy could have been charged with first-degree murder, if the crime had occurred a decade or more later.

New York State’s death-penalty law took effect Sept. 1, 1995. While nobody was put to death, the law also created the crime of first-degree murder, which could be punishable by a prison sentence of “life without parole.”

The first-degree murder charge could be filed only under about a dozen specific criteria, including the killing of a police officer, judge or corrections officer. Another criterion was the killing of a witness.

So, if that statute had been in effect when Jesse was killed, Hinchy conceivably could have been charged with first-degree murder and ultimately sentenced to life without parole.

“I think we could have made the case that the boy was killed because he was going to be a witness,” said Frank J. Clark, Erie County district attorney from 1997 to early 2009, who still remembers the Hinchy case.

Clark called it a “certainty” that the first-degree murder charge would have been sought in this case, if the law had been on the books back then.

Another law-enforcement source familiar with the case explained why: “Prosecutors may have believed that life without parole was the appropriate sentence, and the only way to get that disposition would be to charge first-degree murder.”

Clark cited “the horrible nature of the crime,” calling it the type of case that inflamed the conscience of the community because of its unusual circumstances. Those included the killing of an 8-year-old boy, the sexual-abuse allegations against Hinchy and the fact that Jesse was scheduled to go to police with his complaint.

“I would look at a case like this, and it would so enrage me that I would ask the Parole Board to deny parole, not just now, but forever,” Clark added.

Sandy Powers knows what she’ll do once again, after speaking to the Parole Board in early March. She’ll visit Jesse’s grave in Mount Olivet Cemetery and take him one of his Hot Wheels.

“I knew Jesse,” she said. “I didn’t want him to die in vain. Jesse had the courage to say something.

“I feel as if Jesse is telling me, ‘Just keep fighting.’ ”