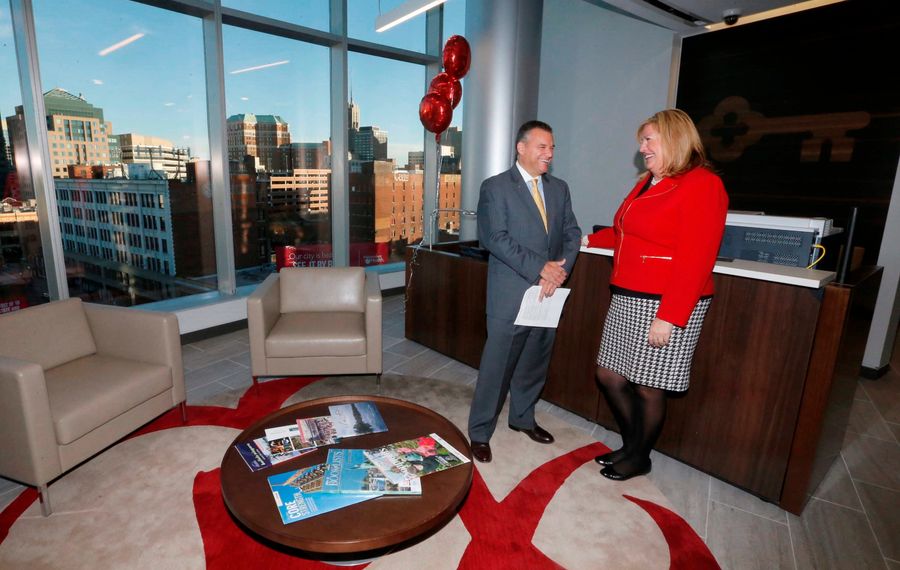 KeyCorp wants to wrap up its $4.1 billion deal for First Niagara Financial Group in the third quarter.

If regulators and shareholders give it the green light, the Cleveland-based bank’s impact on the Buffalo Niagara region will increase substantially, moving KeyCorp into a solid No. 2 spot in deposit market share behind M&T.

KeyCorp has long had a significant presence in Western New York, between its branches and regional offices. Its predecessor, the old KeyCorp from Albany, entered the Buffalo market by acquiring Citizens National Bank and Trust Co. A decade later, Key and M&T divided up the spoils of the failed Empire of America FSB, and then Goldome Savings Bank a year later. A big change came in 1994, when Cleveland-based Society Corp. merged with Key and adopted the Key name, keeping the headquarters in Cleveland.

While Key already has decades of history in this region, its leaders’ influence is about to be more widely felt here. Their decisions will affect everything from how the First Niagara acquisition is carried out, to the anticipated job cuts and branch reductions, to corporate charitable participation.

Some of the top decision makers at KeyCorp are:

• Beth E. Mooney, chairman and CEO. Mooney is the face of KeyCorp. She is also the highest-ranking woman in the nation in banking, and the first woman to lead one of the nation’s 20 largest banks. American Banker has named her the Most Powerful Woman in Banking for three straight years.

This is the first big acquisition Mooney has overseen at Key since she moved into the top job in May 2011. Mooney has visited all of First Niagara’s markets since the deal was announced.

She has more than 30 years’ experience in banking, and has been with Key since 2006. Some analysts and investors are questioning how this deal will ultimately benefit Key, and Mooney will be on the front lines of answering those questions.

• Christopher M. Gorman, president of Key Corporate Bank. Gorman has held that role since 2010 and has 32 years of experience in the financial services sector. Gorman is overseeing merger integration teams composed of both KeyCorp and First Niagara employees. That integration will be especially sensitive in the Buffalo area, home to First Niagara’s headquarters and branches that could fall victim to overlap.

• Gary D. Quenneville, Buffalo market president and New York state region executive. Quenneville is the bank’s highest-ranking locally based leader, has gained increasing authority within KeyCorp. In 2014, the bank expanded his duties to include what was the bank’s Eastern Region, composed of its Central New York, Capital Region and Hudson Valley markets. He has a statewide vantage point on the bank’s operations.

Quenneville remains based in Buffalo, at the bank’s new regional office space at 250 Delaware Ave. The Clarence resident has been with KeyCorp in various roles since 1985. For a bank whose top officials are based in Ohio, Quenneville brings experience and knowledge of the Buffalo banking scene from living and working here.