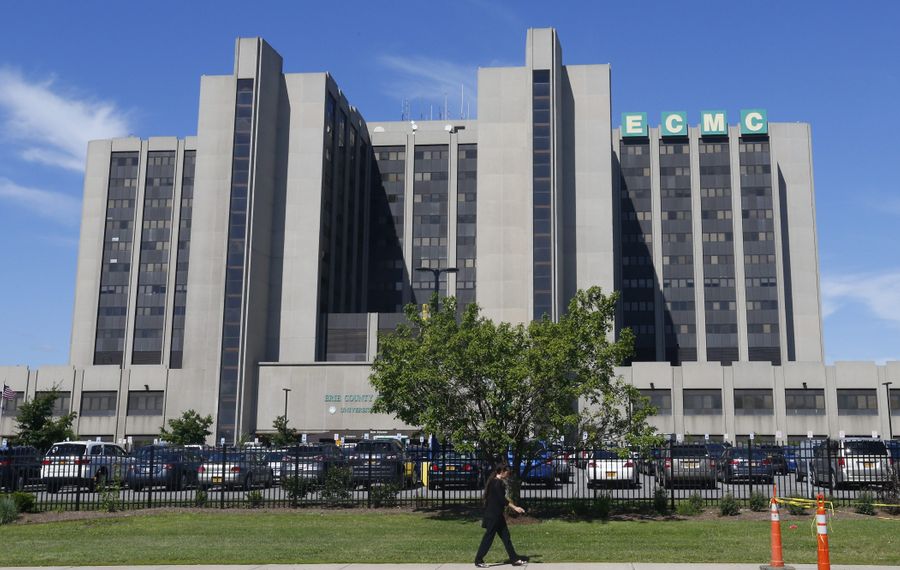 The appointment of Thomas J. Quatroche Jr. to head Erie County Medical Center was abrupt, but it should bring some stability to a hospital that is now on its third CEO in less than two years.

Quatroche was ECMC president when he was named acting CEO in November. He has a long record of service to the facility, as spokesman and head of marketing before becoming president/acting CEO. Quatroche acted as ECMC’s filter for the media and public during the hospital’s turbulent transition into a public benefit corporation and as it began to achieve relative financial stability.

He has served under a number of CEOs and has intimate knowledge of ECMC’s operations. Indeed, this was in many ways an easy decision to make.

As reported in The News, board members, hospital staff and health care executives attributed Quatroche’s appointment Tuesday to a recognition of his “steady performance leading the hospital, his deep connections inside and outside ECMC,” not to mention the board’s preference to wipe away the conflicts of the last 2½ months.

The circumstances surrounding the departure of Richard C. Cleland five months after he became permanent CEO remain murky, which is a disservice to the public served by and helping pay for the hospital. What is known is that the ECMC board originally attempted to fire Cleland in November for cause, which would have meant owing Cleland nothing, then turned around and negotiated a $1.2 million settlement with the former CEO. That is the amount he was owed on the last two years of his contract.

At the same time, Chief Operating Officer Mary Laski Hoffman was forced to resign. She received $350,000 in severance.

For now, insiders are the only ones who know why Cleland was fired, and they aren’t talking. That is the wrong path for the county’s hospital, which should be transparent on such a crucial decision. There was talk that the firing was related to Cleland’s acceptance of a Buffalo Bills-paid trip to see the Bills game in London, but that seems hardly enough reason to fire a CEO. The hush-hush firing remains a stain on ECMC.

The ECMC board quickly settled on Quatroche to replace Cleland, forgoing a national search for a replacement. A wider net may have turned up other prospects, but with board members leaning toward Quatroche, a search would likely have been a waste of time and money.

Quatroche’s appointment is being hailed across the business, political and health care communities, a tribute to the relationships the new CEO has built within the hospital and community. As soon as he became acting CEO, for example, he began conducting town hall-style meetings with employees.

The medical field is one of the pillars of the region’s renaissance and, as the Level 1 trauma center for Western New York, Erie County Medical Center is a critical component.

Quatroche said, “I think it’s a great opportunity for the institution to move forward.” He seems to have the background and skills to bring ECMC out of its leadership wilderness. We wish him a successful tenure.