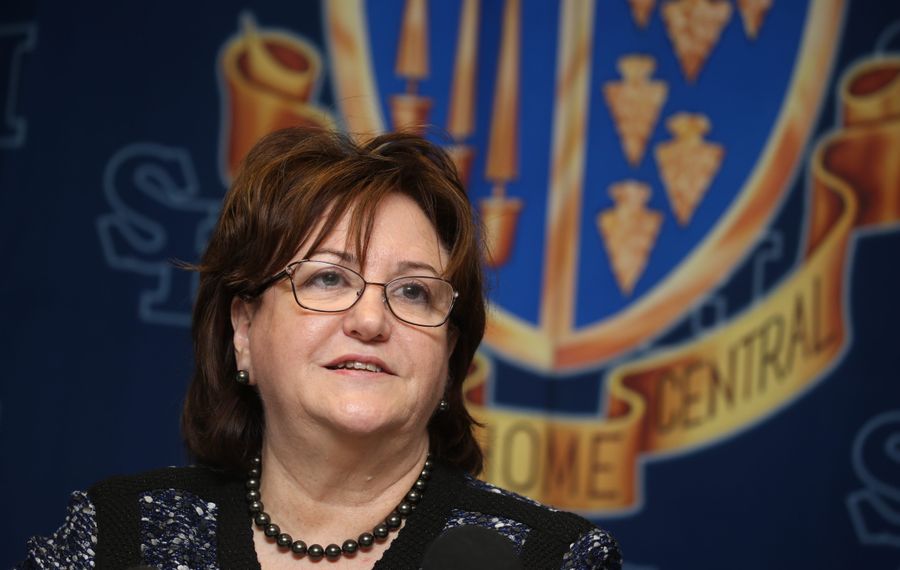 The state tests aren’t going away, but starting this spring, they’ll be shorter and students will have more time to finish them.

State Education Commissioner MaryEllen Elia said those are part of major changes in the assessments, which critics say have been poorly designed. “I heard from parents across this state, and from teachers, that part of the stresses we had on our kids was that they were timed,” she said. “If they are working productively, then they will be able to continue the assessments in a setting where they can read, comprehend and respond to the question.”

Letting students take longer than the allotted limit is one of the changes being made to the tests this year, the commissioner told a state Legislature joint budget hearing in Albany.

They won’t be as long, either.

The English language arts and math assessments in grades three through eight have been shortened this year, but they still will be given over three days, Elia said.

“Next year, if possible, we will shorten the days,” she said.

This is a transition year for the assessments, as the state changes vendors from Pearson to Questar Assessment, she said.

Elia said Wednesday that the state will use questions designed by Pearson, the London-based publishing company criticized by many of those who promoted opting out of tests last year. But teachers have been involved in reviewing the questions, and the new company will administer the test, Elia said.

“We are making major changes. I just reviewed them,” Elia said.

The changes to the tests comes a month after a task force appointed by Gov. Andrew M. Cuomo released a 55-page report that was highly critical of how the Common Core learning standards were rolled out across the state and the emphasis on testing that came with it. The task force recommended sweeping changes, from delinking student test results from teachers’ assessments at least temporarily and discouraging “teaching to the test.”

The modifications Elia announced may not be enough to change the minds of parents of more than 200,000 children who opted out of taking the tests last year.

Heidi Indelicato of Lancaster said her two children in elementary school still won’t be taking the tests this year.

“The tests are still developmentally inappropriate for kids. They’re aligned to standards that, in my opinion, haven’t been well created with educator input,” she said.

Most parents have been complaining about the length of the tests, said Christopher J. Cerrone, a local teacher who is a member of New York State Allies for Public Education.

“It’s puzzling,” he said. “The corporate-created tests are still flawed. Regardless of the length, parents are concerned that these tests are constructed by non-educators that are far removed from the classroom.”

Elia told legislators Wednesday she wants to make sure that the Education Department doesn’t rush into changes that make matters worse.

Among the concerns raised about the tests and the rolling out of the Common Core in classrooms, Elia said, was that such changes were made too quickly and hastily. “We don’t want to repeat those concerns in how we react now to make the changes that need to be made,” she said.

Elia also called for schools to be fairly funded, and endorsed the Board of Regents proposal for an increase of $2.4 billion in state aid this year, more than double what the governor had proposed. The Regents also wanted full restoration of the remaining gap elimination adjustment and a $1.3 billion increase in foundation aid.

She also called for a “truly” universal pre-kindergarten program across the state, saying the state should concentrate on making sure all districts have pre-K for 4-year-olds before expanding to 3-year-old pre-K. “We should have all children in New York in a quality pre-K program and we should target 4-year-olds first so there is equity and opportunity across the entire state,” she said.

And she stressed the need for continued professional development and training for teachers and administrators and expanding pathways to graduation for all students.