Turns out having a deputy commissioner revert back to being a firefighter isn't as easy as it sounds. Former Deputy Fire Commissioner Joe Tomizzi, I'm told, needs some additional training before he's qualified to go back to the firehouse to fight fires and respond to emergency medical calls. So for now, Tomizzi's assigned to the fire boat, the Edward M. Cotter, where he's helping out with ice breaking operations.

Tomizzi is being investigated by the state Attorney General's office for allegedly abusing his authority to conduct background checks on individuals. He resigned from his deputy post in November, voluntarily dropping back down to his civil service position - firefighter. But during his years in supervisory roles - he joined the department in 1999, was promoted to the arson unit in 2004, then head of the arson unit in 2010 and became deputy commissioner in 2011 - Tomizzi, I'm told, didn't receive continued skills training and certification needed to be a line firefighter. Right now, for example, he's going through a three- to-four month EMT training course.

Once he's got the necessary certifications, he'll be assigned to a firehouse, says fire commissioner Garnell Whitfield.

I got a few emails late Monday night and Tuesday from North Buffalo residents who seemed as surprised as restaurateur Richard Hamilton that everyone in the Hertel-Starin neighborhood isn't as excited as they are about the Deep South Taco planned for the Hertel/Starin corner. Some residents tell me a neighborhood meeting is being planned for next week to see if things can be worked out - so the tacos can start being made and eaten. 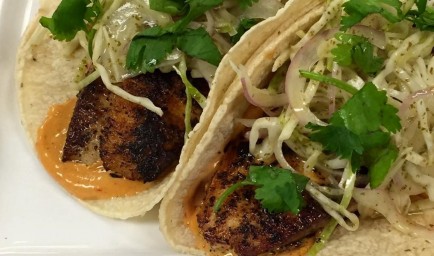 The project was tabled at the Planning  Board Monday night, partly in response to noise, parking and related concerns from some of the project's closest neighbors. "Just going to have a meeting and see if any ground can be moved together," Hamilton said Tuesday.

In today's Buffalo News and buffalonews.com, I have short piece on new slip fees at the Erie Basin Marina. Here's the full fee schedule:

Also in today's Buffalo News and buffalonews.com, a story on Mayor Brown's trip to Albany requesting more money for security and other things.