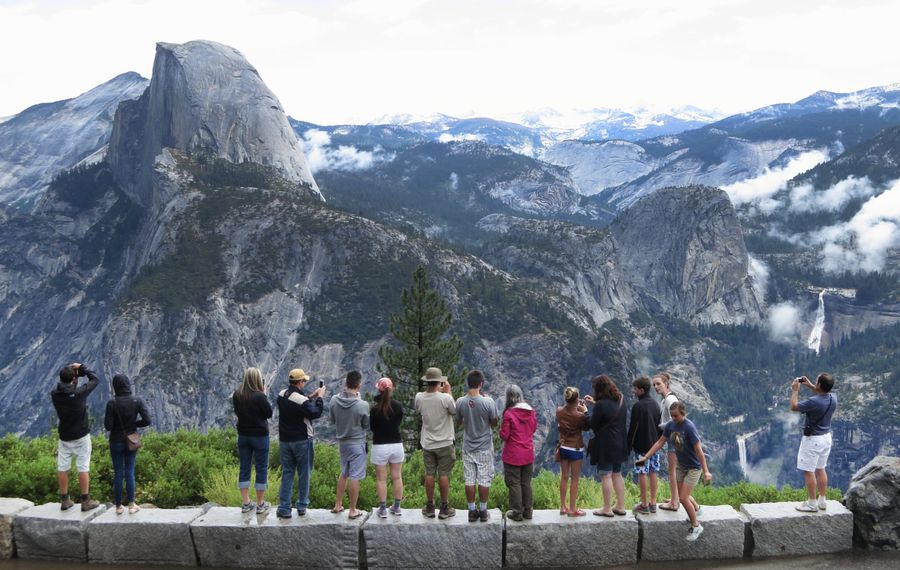 The National Park Service’s announcement that it will change the names of prominent attractions at Yosemite National Park by March 1 is part of an “overall strategy” to lower the amount Delaware North is owed by its successor as the concessionaire at the popular California park, the Buffalo-based tourism and hospitality giant argued in its latest court filing.

The company argues the Park Service is siding with Aramark in a high-stakes, public fight over the value of the trademarked names and other intangible assets at Yosemite, which Delaware North claims are worth $51 million but which the Park Service insists are worth just $3.5 million.

Delaware North’s amended complaint, filed late Monday in the U.S. Court of Claims, contends the Park Service has repeatedly taken steps over the past few years to make it harder for the company to get full value for its Yosemite trademarks and to damage its interests at the park, where Delaware North has held the lucrative concessions contract since 1993 until it was awarded to Aramark last year. The Park Service, for its part, contends Delaware North has “grossly exaggerated” the value of the trademarked names and relied on a “flawed” methodology, according to the government’s own Jan. 4 court filing.

Aramark will take over operations at Yosemite as of March 1, but Delaware North insists that Aramark first must pay Delaware North $51 million for the trademarked names and other intangible assets it owns at the park, just as it says it was required by the Park Service to buy those assets when it took over park operations.

Delaware North argues in a Monday court filing – which amends its Sept. 17 breach-of-contract lawsuit against the Park Service – that the service has failed to act in good faith in its dealings with Delaware North by refusing to require Aramark to pay for the intangible assets. Delaware North argues that it would have submitted a more attractive bid to retain the Yosemite concession business if it had known the winning bidder would not be obligated to buy the trademarks.

The Park Service said in its filing that Delaware North quietly has followed an apparent “business model” of collecting trademarks of notable United States properties where Delaware North holds the concessions.

Delaware North also updated its complaint to note that it offered on Jan. 2 to allow the Park Service to use for free the trademarked names of the Ahwahnee Hotel, Curry Village and other properties while the case makes its way through court. The Park Service rejected this offer and instead earlier this month said the trademark dispute had forced the service to change the names to the properties as of March 1.

Delaware North said in its amended complaint that this move was intended to put pressure on the company and to lower the value of its trademarks.

Since the announcement, the company has been attacked in headlines, letters to the editor, opinion pieces and social media posts, primarily in California, blaming Delaware North for the pending name change.