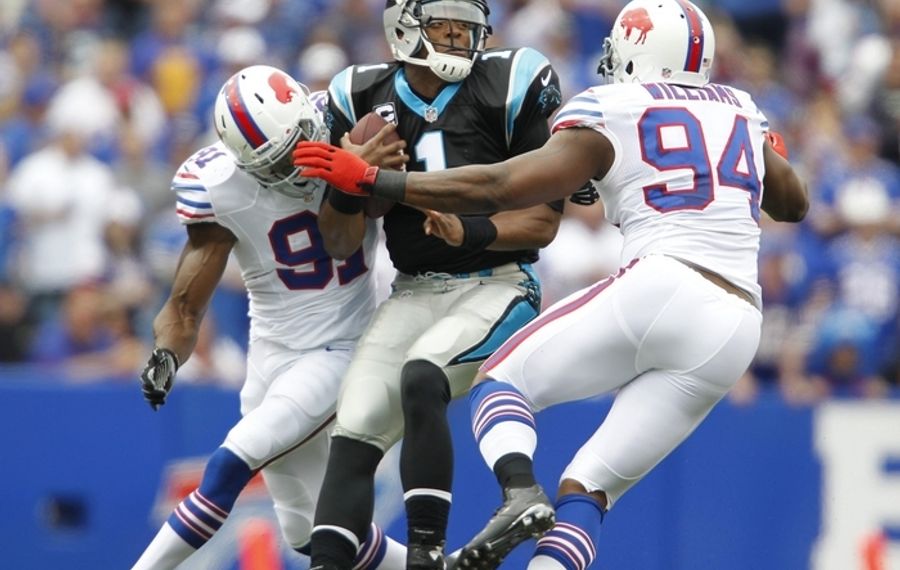 1. Watching Cam Newton carve up the Arizona Cardinals on Sunday to reach the Super Bowl likely left some Buffalo Bills fans wondering “what if?”

Rewind to the 2011 NFL Draft, when the Carolina Panthers selected Newton with the No. 1 overall pick. Remember that Andrew Luck was eligible for that draft, but elected to return to Stanford for another season. That decision may have drastically impacted the Buffalo Bills in a negative way. Had Luck declared, it’s likely that he would have been the No. 1 overall pick.

The Bills held the No. 3 pick in that year’s draft – going 4-4 in the final eight games of the season after an 0-8 start. Denver held the No. 2 pick, and had both Luck and Newton been in the draft, would have had a big decision to make. The Broncos still had Tim Tebow, a former first-round draft pick, on their roster. At that point, he only had made three career starts. Would they have taken Luck or Newton and cut ties with Tebow without ever really giving him a chance to start? It became moot after Luck returned to school, but it’s hard not to think about when Newton is playing the way he did Sunday.

All three teams did well with their picks, with Denver landing pass rusher Von Miller at No. 2 and the Bills take defensive tackle Marcell Dareus at No. 3. As good as Dareus is, there is no denying the Bills would have benefitted far more by truly bottoming out in 2010 and getting the No. 1 draft pick – and thus Newton – in 2011.

It’s why so many Sabres fans were ok with the season the team had last year – because it resulted in Jack Eichel.

2. I know most Bills fans have moved on from the idea of Percy Harvin, but I wouldn’t be against his return – provided it comes on a minimal contract. The Bills will be charged $2 million against their 2016 salary cap for Harvin’s old contract, which technically was for three years, but was in reality a creatively written one-year deal. Harvin lasted just five games before a recurring hip injury and knee surgery landed him on injured reserve.

Obviously, any team who is interested in signing him would have to do some serious homework on his injury situation, but if he does get a clean bill of health, it might be worth giving him another shot. The Bills’ return game was terrible all season on both kickoffs and punts, and General Manager Doug Whaley has indicated that receiver is a position the Bills would like to address in the offseason. If Harvin were agreeable to a veteran-minimum contract or something like that, his return would at the very least give the Bills another option at the position. It would be asking too much to depend on him heavily, but giving him one last chance to resurrect his professional career could be the type of low-risk, high-reward signings the Bills will have to hit on this year in free agency given their restrictive salary-cap situation.

3. What must Doug Marrone be thinking? The former Bills’ coach has interviewed for nine different head-coaching jobs since he walked away from Buffalo following the 2014 season. All nine teams decided to hire someone else. Given that one of the jobs he interviewed for this year went to proven mediocrity Mike Mularkey, it’s likely that there will be a day when an NFL team gives Marrone another shot. But that it hasn’t happened yet makes Marrone’s decision to walk away from the Bills look like a colossal miscalculation on his part. Marrone’s high-powered agent, Jimmy Sexton, has sufficiently pumped his client up to the national media, but the idea of Marrone being a “young Bill Parcells,” as one NFL executive allegedly told ESPN at the end of the 2015 season, is downright laughable when nine separate teams have told him “thanks, but no thanks” in the past two years.