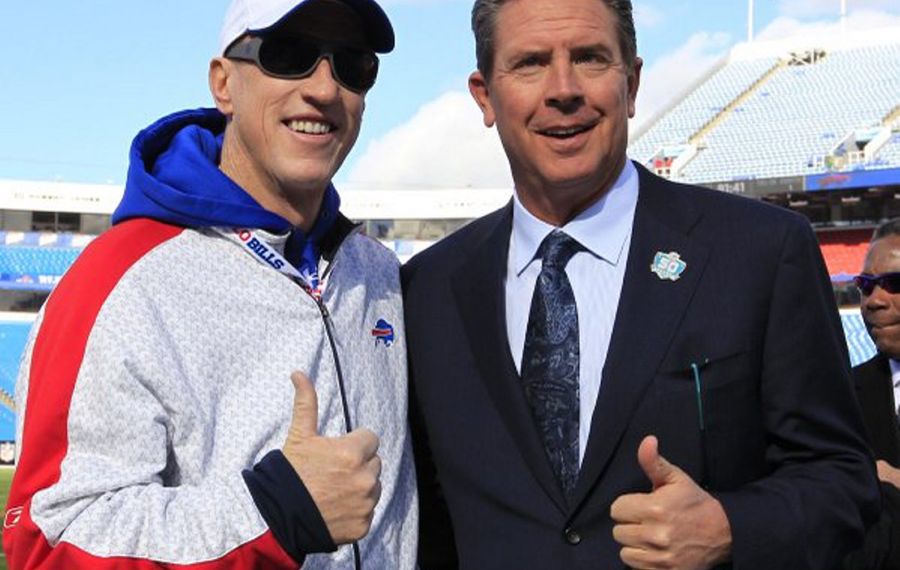 With future Hall of Fame passers Tom Brady and Peyton Manning renewing their epic rivalry Sunday for the AFC title, here are my top five quarterback rivalries in NFL history.

Not every great quarterback had an obviously notable nemesis. And while some quarterbacks might be known for more multiple rivalries (e.g. Terry Bradshaw against Roger Staubach or Ken Stabler), there can be only one archenemy.

The top five quarterback rivalries ... other than Tom Brady-Peyton Manning:

Aikman and Young dueled in the 1993, 1994 and 1995 NFC title games. Aikman took the first two; Young won the third. The victor went on to win the Super Bowl each time.

The Browns won or played for the world championship in each of Graham's 10 seasons. Layne's Lions beat them in 1952 and 1953, but Graham threw for three TDs and ran for three TDs to deny Layne's threepeat in 1954.

Twice a year, it was a mark-your-calendar matchup between two of the three best quarterbacks from the vaunted 1983 draft class. Marino smashed aerial records, while Kelly guided the Bills to four straight Super Bowls. They also met three times in the playoffs, Kelly winning them all.