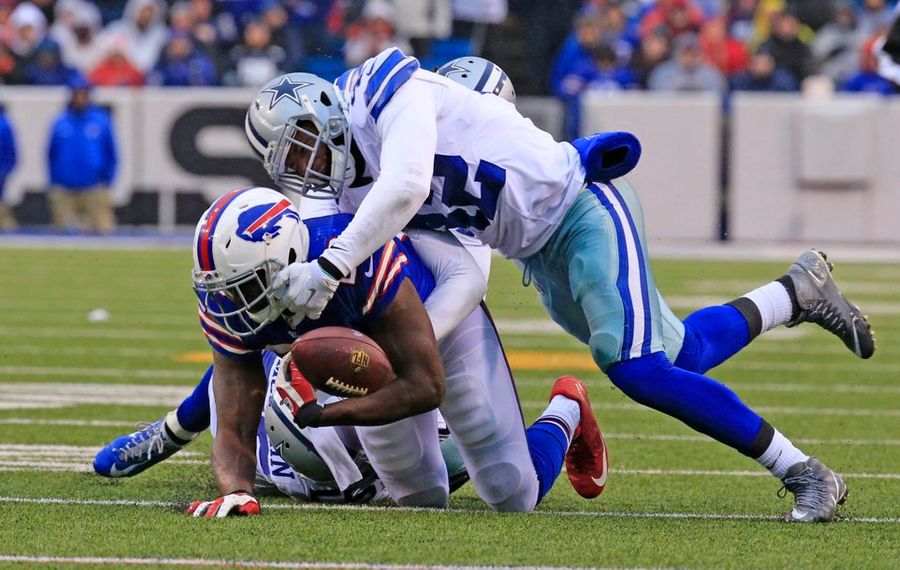 Allow me to apologize in advance. Like most people in Ralph Wilson Stadium, I had a hard time manufacturing any real enthusiasm for a Bills-Cowboys game that meant little in the standings and nothing in the playoff race. Both teams were eliminated long before taking the field Sunday.

You can add the game to the list of many over the years played in December. It was pushed to the side and soon will be forgotten. It looked and felt like an exhibition game, only worse. At least the preseason provides optimism and encourages conversation about what awaits the weeks ahead.

The most impressive part of afternoon was the attendance. On a dark, rainy, miserable day that would have been ideal for sitting on the couch and doing nothing, not to mention a cloud hanging over the season, 70,172 fans dragged themselves to the Ralph and watched two poor teams playing their penultimate game.

No matter your allegiance, the Bills’ 16-6 victory over Cowboys was one unsightly game Sunday afternoon. I’m not sure whether to praise Bills fans for their loyalty or direct them toward a licensed therapist. Regardless, they have supported a team that has given them very little in return over the past 16 seasons.

For all the excitement generated after Rex Ryan was named head coach, the only intrigue in the coming weeks will be whether he remains employed. Ryan has another four years and $22 million remaining on his contract. Most signs point toward him coming back despite his failure, but it’s hardly a given.

The Bills did little to improve Ryan’s standing Sunday. They were playing a Cowboys team that had Kellen Moore at quarterback. He’s the fourth quarterback Dallas has used this season after losing Tony Romo. Moore played like a fourth-string quarterback, too, but Dallas was still in the game in the fourth quarter.

Buffalo wasn’t in control until Mike Gillislee popped a 50-yard touchdown run with 2:25 remaining in the game. The Bills recovered a fumble on the ensuing kickoff, ending any doubt about the outcome. Gillislee has been one of few bright spots in the offense in the second half of the season.

Taylor had pedestrian numbers in victory: 13 of 18 passes for 179 yards and an interception. He also had 67 yards rushing. Moore completed 13 of 31 passes for 187 yards in defeat. The Bills shut out the Cowboys’ listless offense in the final two quarters.

The second half wasn’t any better than the first. The Cowboys made a pair of field goals. Karlos Williams continued running hard and was rewarded with a short touchdown. Dan Carpenter missed an extra point. In other words, it was business as usual for a Buffalo team that hasn’t been nearly good enough this season.

Now the Bills are down to their final game against Ryan’s former team. The Jets, with Ryan Fitzpatrick playing quarterback and Chan Gailey calling the plays, are much better team this season after firing Ryan. If nothing else, and there really is nothing else, it should make for an interesting regular-season finale.

And while a dozen other teams will advance to the playoffs, the Bills will get an early jump on the offseason -- again.