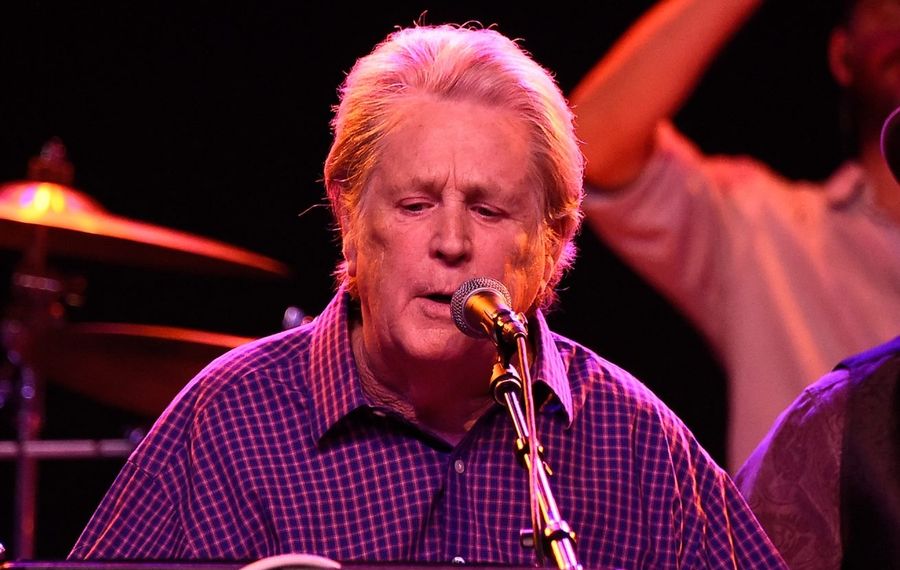 Brian Wilson and Al Jardine met at Hawthorne High School in southern California in the early 1960s. The tall, dark-haired Wilson and slighter, sandy-haired Jardine were both athletes but hit it off on a different level: Their love for music.

That didn’t go anywhere until two years later, when the pair reconnected in the nurse’s office at El Camino Community College. Wilson and Jardine were nursing injuries amidst a cadre of football players; to pass the time, they tried to get bruised athletes to sing.

But the result wasn’t so harmonious. Wilson, who as the world would later learn, heard harmonies in his head, had a better idea: He told Jardine to come him and sing with his brothers, Carl and Dennis, and their cousin, Mike Love.

Those voices blended famously, and the fivesome became the Beach Boys. More than 50 years later, the surviving members are still taking the stage, as Wilson and Jardine will do Oct. 10 at the Seneca Allegany Casino.

The opportunity to see Wilson live is a significant one, but the reasons extend beyond what will happen on the stage. Wilson has never been regarded as a great performer. In fact, early in the Beach Boys’ heyday he stepped back from traveling to focus on creating music in the studio.

But he’s widely agreed upon as one of the most innovative and significant songwriters of the last-half century. He single-handedly created the surf-rock sound with his like “Surfin’ USA,” “I Get Around,” “California Girls” and “Fun, Fun, Fun.” Then, in an effort to please his hit-hungry label, Capitol Records, and compete with The Beatles and Phil Spector, Wilson composed more musically intricate songs like “God Only Knows” and his “Good Vibrations.”

With their backup band, Wilson and Jardine, both 73, can still replicate what the latter calls their “meat and potato” songs. (Love, the lead singer on most of Wilson’s hits, owns the rights to the Beach Boys name and tours separately with his own backup band.) “We all still pretty much sing at the same key,” said Jardine.

But the backstory that frames this week’s show goes beyond seeing a songwriting master and his longtime bandmate sing their masterpieces as you’ve always known them.

The darker parts of Wilson’s story – long-publicized, but never fully understood – became clearer this summer through the release of his sanctioned biopic, “Love & Mercy.” The movie stars Paul Dano as a young, creatively driven songwriter battling strong inner demons, and John Cusack as an older Wilson who’s under the 24/7 care of a domineering psychotherapist, Eugene Landy.

The movie treads into the shadows of the songwriter’s battles with mental illness – Wilson hears voices in his head – and his friends and bandmates’ effort to free him from Landy’s grip.

“It’s a great piece,” Jardine said. “It was a great biography and pretty darn close to the way I remember it. He was basically held captive by this guy, by Landy, and through a lot of hard work and skillful maneuvering…. we were able to wrest him from the evil doctor who began to take over Brian’s life in a co-dependency way. Machiavellian, you know. Really awful.”

Wilson’s struggles with mental illness have long been the subject of speculation, both on his part and others. Wilson wrote an autobiography, “Wouldn’t It Be Nice,” in 1991, and the Barenaked Ladies wrote a song called “Brian Wilson” that includes the line, “Lying in bed, just like Brian Wilson did.” (Decades ago, Wilson spent a few years living mostly in his bed.)

Wilson and his wife, Melinda, spent 19 years overseeing the development of the script for the alternatingly uplifting and harrowing “Love & Mercy.”

“Hopefully (fans) understand what I went through,” he said, “and if they’re going through something too, hopefully they can identify with me to give them the strength.”

Conversations with Wilson are pleasant, and sometimes challenging. “He’s an unfiltered, pure soul,” Jardine said. “He has no pretensions. He is what he is. It’s a refreshing experience, sometimes. It can also be kind of uncomfortable.”

For example, in his phone interview, Wilson was warm but not expansive. Here’s an excerpt:

Are you still writing music?

“Yeah, sometimes I do. It goes in cycles, you know?”

So have you been writing lately?

From where do you draw inspiration?

“My inspiration comes from my wife and myself.”

What’s an example of you drawing inspiration from yourself?

Is there anything about songwriting you still find challenging?

“Yes. Trying to come up with original melodies is very challenging. Yep.”

It may seem Wilson is being elusive, but he’s not. Rather, he’s simply answer the question with the undressed truth. Ask him the right question, and he’ll go deeper:

What are you most thankful for?

“I’m most thankful for each day, a new day of life, and my meals, and I call my house a shelter, from the sun and the dark old night, you know? That’s what a house is. A house is basically an idea of shelter.”

Why is home so important to you?

“Home is probably the best place for my songs, the best to make love with your wife, saying, ‘I love you,’ that kind of stuff, you know?”

A scene from “Love & Mercy” reveals much about Wilson’s creative process. Cusack, portraying the older Wilson, is sitting at a piano and improvises several bars of a ballad for his future wife, Melinda Ledbetter, played by Elizabeth Banks.

“What are you going to do with it?” says Bank’s Ledbetter.

“Nothing. It’s gone. That was just for you,” replies Cusack, as Wilson. A moment later, he adds, “Sometimes your inner voice wants to express itself and every once in a while, every blue moon, your soul comes out to play, you know? Can’t be rushed.”

Today, in real life, Wilson isn’t rushing it, though he does feel the desire to make new music. Wilson recently released his 11th solo album, “No Pier Pressure,” though Capitol Records. He has a purple-draped music room at home, with a Chickering and Sons piano, a desk full of trophies and awards.

But he hasn’t spontaneously played, as depicted in the movie. “Not as often,” he said. “A few years ago, I (played like that) quite a bit. Recently, it hasn’t been that way for a while.”

But it could be again. Wilson knows that. Sometime, maybe today, maybe a long while from now, music will enter his head and be ready to play.

From anyone else, that seems like a simple answer. But from Brian Wilson, it’s complex, it’s truthful, and it could turn out beautiful.