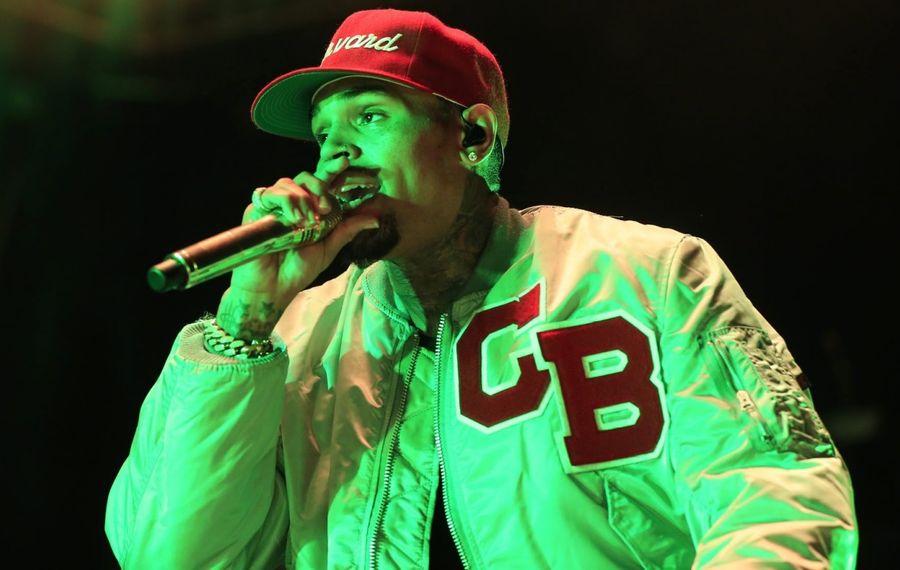 Chris Brown, a song-and-dance man with a decided emphasis on the dance, took over Darien Lake’s Performing Arts Center on Wednesday, and delivered a flashy, highly entertaining tour through his pop-inflected R&B and hip-hop hits and wanna-be Michael Jackson soul crooners. The place was sold out, and Brown was received as modern pop royalty.

Why? Well, it certainly didn’t seem to be the music that was driving the wild, mostly young and predominantly female crowd to the brink of frenzy. It seemed to be Brown himself. The guy has charisma, and he knows how to work it.

It was certainly charisma that carried the show, and not Brown’s singing. In fact, he didn’t really do much of the latter. Brown sang along to heavily effect-drenched backing tracks from the first downbeat, and he did little to hide the fact that he was making very little effort in the vocal department. If anyone cared, they didn’t let on that they did.

Taking the stage after a black-and-white introductory video showed Brown and his cohorts joining hands for a backstage group prayer, Brown arrived via a lift that carried him from beneath the stage, and tore into virtually the same set he’s been playing since the spring. No tune lasted longer than 2 minutes in total, and every ditty was played in abbreviated form, mostly as part of a medley – an early “Deuces” segueing directly into “Strip,” offering an example of what Brown would spend most of his 90 minutes onstage doing.

The dancing was spectacular, it must be noted. Brown is an entertainer, and he clearly wishes he had the soul, spirit and indelible talent of his hero, Michael Jackson – a fact underlined by the between-set music, which was a “King of Pop” playlist. (To be honest, this was, musically speaking, the best thing we heard at Darien Lake on Wednesday.) The full house swallowed Brown’s scripted antics without a chaser, completely indulging in his fine-tuned, beautifully presented – massive video screens, beautiful lights, uber-tight choreography – and completely pre-canned presentation.

The thing is, Brown really can sing, when he can be bothered to do so. Sure, every single note that came through a microphone during his set – and every single opening act’s set, too – was bathed in auto-tune, to the point of distraction. But that’s the sound, just like overly processed drum sounds were the thing in the ’80s, and genie pants were the thing when MC Hammer broke. It was what it was, and today, it is what it is.

“I know y’all have real jobs, 9-to-5 and all, and these tickets ain’t cheap, so I want you to know I appreciate you! I’m gonna make sure you all get your money’s worth,” Brown said four songs into the set. (Which totaled about 10 minutes.)

It depends what we were looking for. If we wanted some killer dance moves, a charismatic sex symbol acting out his tunes for us and singing only about half the time, and a slew of opening acts (Migos, Omarion, Fetty Wap and Kid Ink) bordering on the tolerable and only occasionally landing on the right side of that border – well, then, yeah, we got our money’s worth.