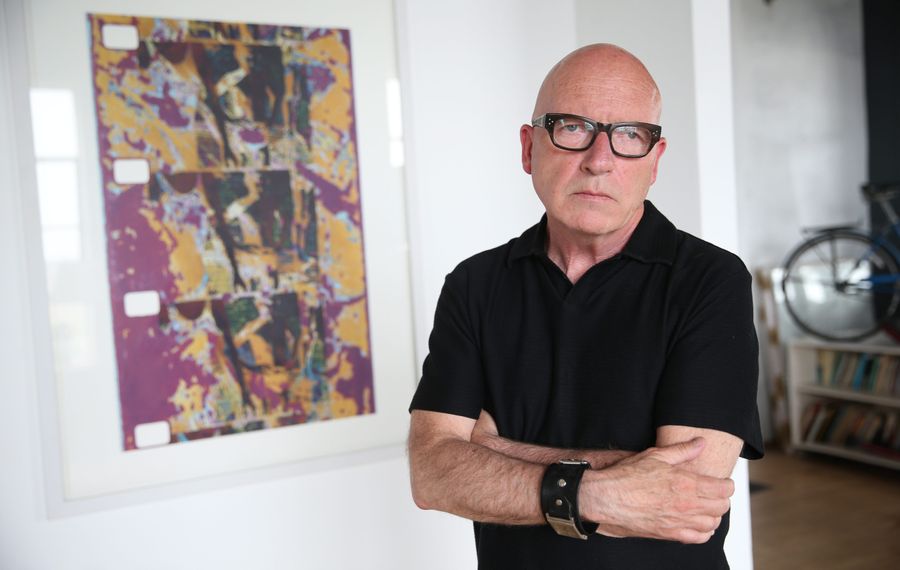 That day, two special agents from Buffalo’s U.S. Immigration and Customs Enforcement office walked into the light-filled atrium of the Market Arcade Building and up to Brose’s office on the second floor of CEPA Gallery and informed him that he was under investigation for the possession of child pornography. The agents were acting on a tip from German authorities, who traced downloads of suspected child pornography to the IP address registered to Brose in CEPA’s loft space on East Huron Street.

“Everything shattered,” he said. “Just everything. And it kept getting worse.”

For the next six and a half years, Brose and his legal team battled the charges against him and challenged the federal government’s case, culminating last year when he pleaded guilty to a lesser obscenity charge. He received a sentence of two years’ probation, thus avoiding jail time and a lifetime label as a registered sex offender.

By then, Brose’s career and savings were gone. His life was wracked by six years of fear and paranoia, riddled with nightmares and punctuated by panic attacks and thoughts of suicide.

To be sure, Brose’s guilty plea to a felony charge of transporting or importing obscene materials, was an admission that his computer contained illegal images of minors.

Whether those images came to his computer with his knowledge or without it was never resolved, and prosecutors are quick to note that despite what Brose’s supporters believe, he was not targeted because of his work. A sentencing memorandum from his attorney, Paul Cambria, wrote that Brose accepted “full responsibility” for his actions, “makes no excuses for his conduct and hopes that his may be a cautionary tale for others.”

This unanswered question means that doubt about his actions will forever linger in some quarters of the community.

But in the months since his sentencing in December, and despite the seriousness and stigma of the charge, Brose, 63, has been wading slowly back into the cultural scene he helped to build with the help of his many allies and working to reclaim his prominence as a major community figure.

“I’ve been in the ring for six years. I’ve been taking hits and I’ve been throwing punches back, and I’ve been fighting,” Brose said. “My attorneys told me in the beginning: ‘This is not going to be a sprint. This is a marathon.’ Well, they don’t make power bars to get you through this. After six years, I’m sick of this thing defining me. This is not who I am.”

The original case against Brose was about images on his computer described by prosecutors as pornography. But many of the 1,300 images cited in the original criminal complaint included frames from his film, “De Profundis,” that had been exhibited in the Albright-Knox Art Gallery and plainly did not feature child pornography.

But regardless of how the images got on the computer, Chief U.S. District Court Judge William M. Skretny said during Brose’s sentencing, “there’s no excuse for the victimization of children.

After the court case closed, Brose’s prospects opened up. A stack of more than 100 letters from around the world testified to his accomplishments and his character, detailing an endless litany of accomplishments and accolades, and likely helping him avoid jail time.

“I was in the foxhole for so long,” he said. “One of the letters came in and I wrote back to the person and said, ‘You know, if you had written this two months ago I would have just broken down in tears. I wouldn’t have known who you were talking about. Who is this person you’re describing? Because he no longer exists. He’s dead.’ ”

In early June, for the first time in more than a half-decade, Brose presented a new series of work in the Body of Trade and Commerce Gallery on Niagara Street.

The show, called “Indicted” and on view through Friday, is in part an attempt to demonstrate what Brose calls the capriciousness of the government’s case against him.

Just a year ago, Brose’s time was occupied not by the creativity and activity of his days at CEPA Gallery, but by nightmares.

“The nightmares are very much what you read about with people with PTSD, waking up in the middle of the night screaming in complete terror,” Brose said.

Brose’s daily routine consisted of sitting in his consummately restored Arts and Crafts-style house filled with loudly ticking antique clocks, absently reading The Buffalo News cover to cover – “everything, including Ann Landers” – and waiting for what he was convinced was the imminent arrival of men in black SUVs to take him away.

“There was not a worse possible sound than the doorbell ringing. It was constant: ‘OK, they’re here. They’ve come for me,’ ” Brose said. “Every car passing by. I’d sit out in the garage. I’d have my martinis, and I’d be sitting there with my cigarette just waiting for them to come, just waiting. Every night.”

After he was indicted, Brose had to turn over every piece of gay erotica and every book containing references to erotica that he and his partner owned, including much of the material he had collected for his art. Among the confiscated items was Richard Meyer’s book “Outlaw Representation: Censorship and Homosexuality in 20th Century American Art.”

“Everything that you know is over. It’s just over, and that’s a terrible place to be in life. To have these doors slammed on you. And it wasn’t people doing it to me, it was the system. It was the nature of the charges,” he said, “I was just moving CEPA forward, I was growing things, I was kicking open opportunities for artists. It just seemed boundless. It was such a beautiful ride, and then suddenly I got whacked out of the sky.”

For Cambria, who successfully defended University at Buffalo professor and artist Steve Kurtz against charges of bioterrorism in another celebrated local case, the charges against Brose carry an unavoidable stigma.

“Even though the law and all of us who believe in our system are supposed to say you’re presumed innocent, it never works that way,” Cambria said. “As soon as someone is charged, people presume them guilty, and if it’s an offense like this, they assume the worst. So you’re going to suffer a stigma because of that regardless of whether not you’re totally innocent.”

The government’s view of the case differs from that of Brose’s most vocal supporters, who believe that he was targeted because of his work. Assistant U.S. Attorney Michael DiGiacomo, who led the government’s case and was instrumental in arranging the plea deal, stressed that Brose’s film work and career had nothing to do with his prosecution.

“Any possession of child pornography is a danger and a threat, and we treat anyone who possesses the material equally. It’s not as though we go after people in the art community. We prosecute individuals who possess it under the same guidelines regardless of what they do for a living.

For Brose, one of the worst parts of the process was being unable to speak out when his defense team discovered a new piece of exculpatory information. Asked for a specific example, he answered:

“Specific? I would say five years, every day of my life, not being able to scream at the top of my lungs,” he said. “I’m talking to the forensic expert, and she’s saying, ‘I don’t know what you did to this government to (anger them) so much. There’s nothing here. This is (nonsense).’ What do I do with that information other than be reassured, not that I’m not going to prison, but that I’m not insane?”

But the toll on Brose was evident to his supporters in Buffalo.

“His skin tone was ashen. His normally ebullient and articulate demeanor was abashed,” said lawyer William Altreuter, a longtime friend who served as a confidant during the legal fight. “And although he really never focused on a lot of the negativity that was surrounding him, it was nevertheless apparent that this was a tremendous psychic burden that he was enduring.”

Brose has come back to life since his sentencing.

His adjunct position in the University at Buffalo’s visual studies department, for which Kurtz had recruited him during the court fight, turned into a part-time teaching position. He’s been consulting with Buffalo gallery owners to create a group focused on helping Buffalo artists profit from the recent influx of development. And he was recruited to participate in a residency at Alfred University, where he produced a new series of work on view in “Indicted.”

“As soon as the sentencing happened and he had the green light to start living again, I was eager to be involved with him in this way,” said Body of Trade and Commerce gallery director Anna Kaplan, who curated “Indicted.” “I was elated to hear that he felt inspired, and I’m just so grateful that he’s actually producing again after so long.”

In recent months, Brose has returned to filmmaking and to the project he had been working on for several years before the case: An exploration of sailor hazing rituals called “Crossing the Line.”

“I want to put a little sign up: ‘Now, before I was so rudely interrupted,’ ” Brose said of his reinvigorated creative drive and the work he did during his residency at Alfred.

“Getting that part of my brain active again has just gotten me, for the first time in so many years, actually thinking,” he said. “This was just a calming experience: Let’s go to work, and let’s just see what comes.”