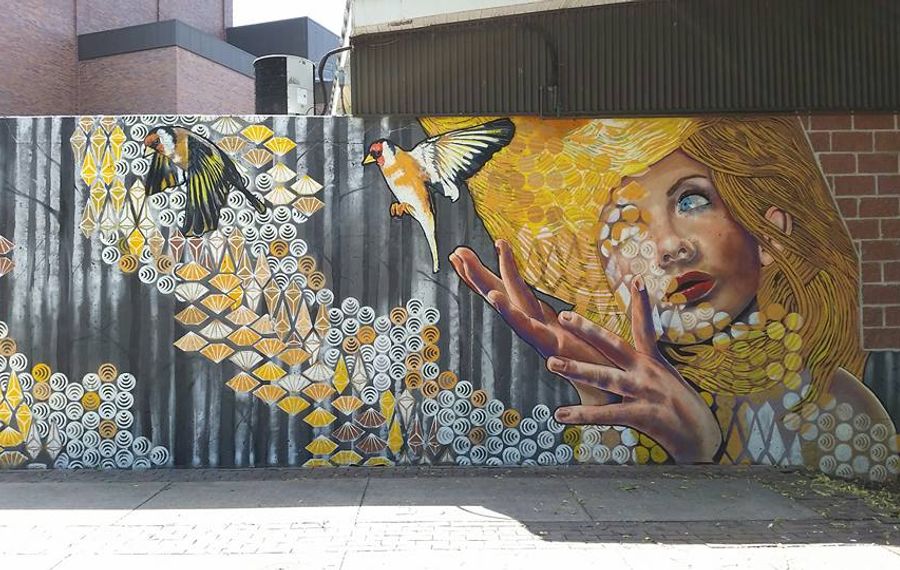 The spirit of Robert Smithson, the great land artist whose 1970 magnum opus "Spiral Jetty" still juts out of the Great Salt Lake in Utah, is everywhere apparent at Artpark this season.

With the results of a new artist residency program now on view near the entrance to the Mainstage Theatre, the Lewiston venue is reconnecting to its early days as a haven for artists whose work was inextricably tied up with nature.

One place where Smithson's influence is clearly visible in a new mural by the popular Buffalo artist Chuck Tingley, who fused Smithson's abstract symbols with his own illustrative style to create an eye-catching tableau that greets visitors on their way into the park.

A full view of the new mural:

And some closeups from Tingley's very follow-worthy Instagram account, in which you can see Smithson's circles and triangles overlayed on the mural's central portrait.

The abstract symbols also seem to pour out of the mural and into other parts of the landscape, popping up on a nearby wall and on the backs of benches in the park.

A look at some of the Smithson works that inspired the new mural:

And some of the tools Tingley used to create it (note Tim Hortons coffee):