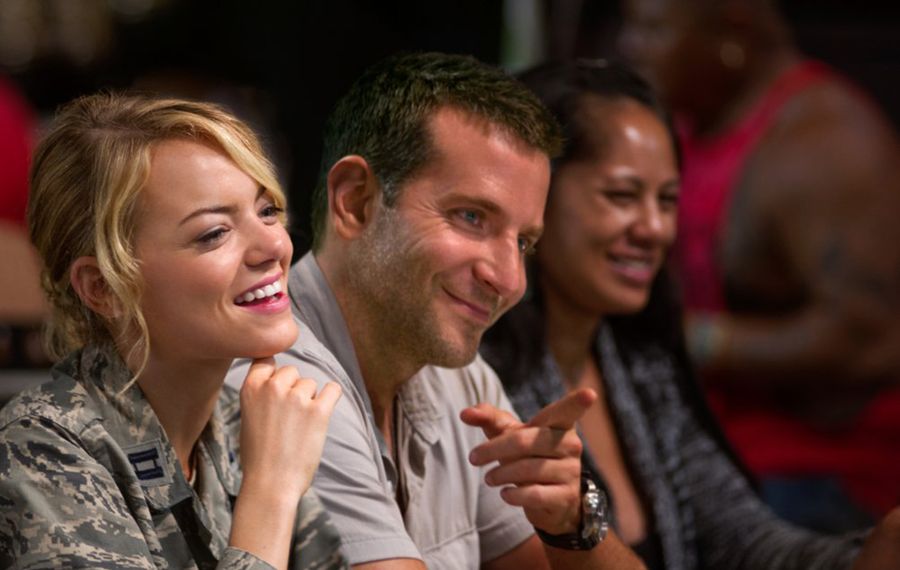 “Aloha” stars Bradley Cooper, Emma Stone, Rachel McAdams, Bill Murray, John Krasinski, Alec Baldwin and Danny McBride. So you might well ask “how bad could a film possibly be with that cast?”

“Aloha” is bad enough that when the infamous hack of Sony Studio’s computers dumped executive emails all over showbiz news desks, now-deposed Sony chief Amy Pascal was revealed to have called the script “terrible” and said “it never … not even once – ever works.”

“Aloha” is bad enough that even native Hawaiians are displeased with the movie’s careless, if popular, use of the word that gives the movie its title, as well as with the movie’s perceived sloppiness about Hawaiian culture. Apparently, the word “Aloha” is more complicated than we’ve always assumed.

Anyone who has ever been to Hawaii as a delighted tourist will, no doubt, marvel at a movie that could somehow anger an indigenous population world-renowned for being as welcoming to visitors as any on the planet.

The movie is, nominally, a romantic comedy about military contractors and Air Force flyers in modern-day Hawaii and their involvements, whether they know it or not, in exploitations of Hawaiian culture and people.

Critics finally allowed to see it have been rushing forward joyously with news of its failure. It became an instant Internet schadenfreude festival. And they’re not entirely wrong. In my view, they’re not entirely right either. So I’m going to try to defend the movie – a little anyway. I hate piling on. It’s not sportsmanlike. Or very American either.

Let’s put it this way: If writer/director Cameron Crowe had been a resident of the town of Yellow Sky, Gary Cooper wouldn’t have had to stand alone against the plug-ugly bad guys in “High Noon.” I like to think I might even join them too but, realistically I’d probably be a peace-lover on the side extolling Cooper’s virtues.

“Aloha” is a total mess by any reckoning. But then that’s not headline news. Crowe’s movies often are. No executive who sat through “Vanilla Sky” or “Elizabethtown” has any right to feign surprise when a Crowe movie “makes no sense” (as Pascal put it in a memo).

So why the devil did Sony make it? Why not insist on as many rewrites as it took in script form before all those millions and all those people made it? Yeah, yeah, yeah, Crowe is the wonderful fellow who made “Jerry Maguire” and “Almost Famous” and “Say Anything” and “Singles,” but come on here. His last film was “We Bought a Zoo.”

There are a few good lines in “Aloha.” There are even a couple decent paragraphs of dialogue – and clever comic ideas, as in Cooper and Krasinski as old Air Force buddies so attuned to each other’s thoughts they can have fully detailed conversations without speaking a word (the content of which is conveyed by subtitles).

So too was Murray, as a corrupt billionaire who wants to privatize space exploration, meeting up again with his old Black Ops. buddy Cooper and trying to allay any lingering hard feelings between them, by giving him a spontaneous three-minute back massage over his shirt.

When Cooper first meets Stone, playing an Air Force pilot assigned to be Cooper’s guide and babysitter during his Hawaiian stay, he tells her “you’ve got a baritone built for Broadway.” And so she does. That’s a good Cooper/Stone exchange in any movie whatsoever.

Murray and Stone have a funny dance sequence.

Cooper’s old friends tease his supposed aging by telling him “Keith Richards looks like a teenager compared to you.”

McAdams – playing pilot Krasinski’s frustrated wife (and Cooper’s ex-girlfriend) – tells a friend “If I get stressed in Hawaii, can you imagine me anywhere else?”

It’s typical of Crowe that his compromised hero, played by Cooper, is now at the stage of life where he might actually believe that he’s “sold his soul so many times that no one’s buying anymore.”

There’s a good script in there somewhere, even though soul-selling seldom seems a major concern for modern movie audiences. It just needed two more rewrites – and a scriptwriting partner for Crowe to tell him that and lead him by the hand out of the wilderness.

Well, that’s not what happened.

So you’ve got this well-meaning sprawling mess of a movie that actually – and admirably – tries to honor Hawaiian culture but gets it wrong enough to offend the very people it wanted to please. Give Crowe a solid B for effort anyway. And consider how few films even deserve that,

The sudden, dramatic but jerky climax is both predictable and more than a little ridiculous and corny but is, in its less than credible way, endearing anyway and maybe even a little moving.

When you’ve got good actors like this, even disasters have their moments.

There is, as we’ve long known, a certain kind of very bad movie that only very talented and very committed people can make when everyone likes them so much that no one tells them midway through they’re already waist deep in quicksand and it looks like rain.

“Aloha” is the kind of mess that only the very best people seem to make.