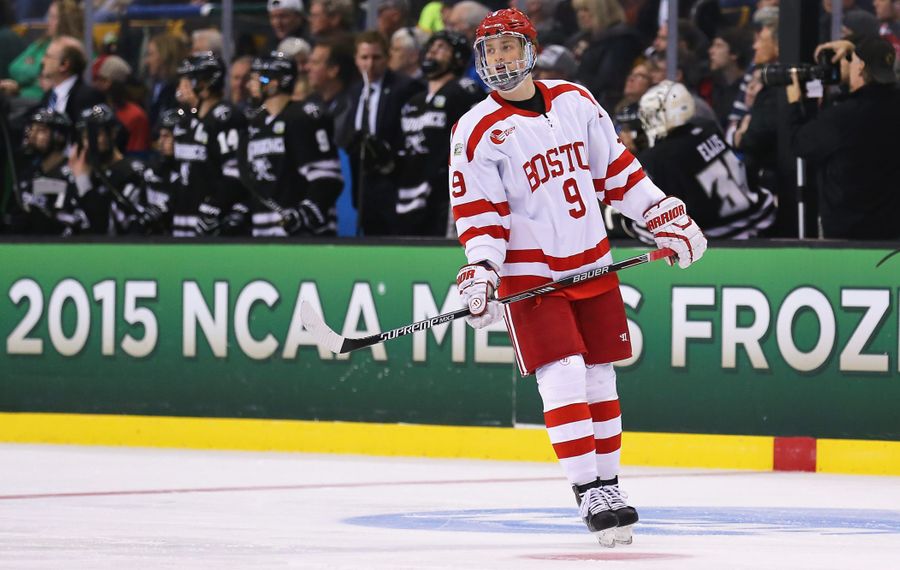 Lowdown: Eichel has never wasted time proving himself. As a 15-year-old member of the U.S. National Team Development Program, he stepped in and led the team in scoring despite being two years younger than most players. The next year at age 16, he led USA Hockey’s under-18 team. This season, Eichel walked onto the campus of Boston University as an untested freshman and walked off with the Hobey Baker award as the nation’s top collegiate player. He followed that by excelling at the world championships, his first competition against professional players.

Sabres fans hope he wastes no time shining in the NHL. Buffalo will select the 18-year-old with the No. 2 pick in next month’s draft, and the much-hyped prospect has the skills to play right away. His years in the spotlight have taught him to be calm on the ice. He is masterful at controlling play, using his size and long reach to keep defenders away from the puck. He has the vision and passing skills to spot open teammates, and he has a quick, accurate shot that leaves goalies shaking their head.

Like any teenager, he needs to add muscle to his frame in order to stand up physically to men during an 82-game schedule. The only real question is how good can be? He compares his game to Los Angeles center Jeff Carter, but others see Anaheim’s Ryan Getzlaf or San Jose’s Joe Thornton. All of them would qualify as the Sabres’ best center in years.

They said it: “He is proving to be such an amazing game-breaker. He’s relentless and driven on the play and has the smarts, speed and skills to deliver a needed scoring drive to tie up or win a game.” – Dan Marr, director of NHL Central Scouting.

The Buffalo News is profiling 30 prospects in 30 days leading up to the NHL Draft, which will be held June 26-27.