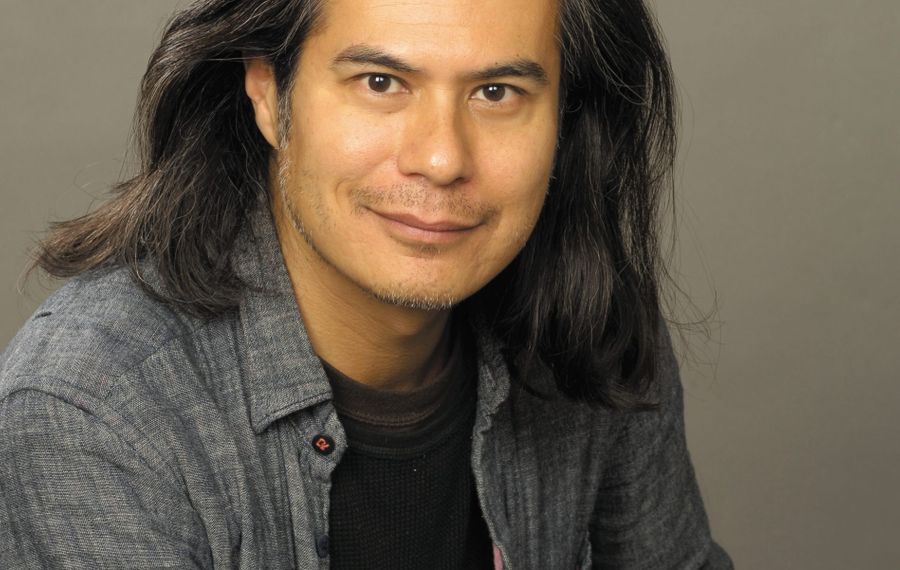 If you didn’t pay careful attention, you might mistake the title of the new dystopian novel “The Subprimes” for the old 1960s Motown Records singing group the “Supremes,” with Diana Ross in the lead.

But you’d be wrong. “The Subprimes” is about “people living on the edge,” as Walter Isaacson, the former managing editor of Time magazine, puts it.

In the “Subprimes,” you are your credit score and that’s not good. You’re a have-not.

In Karl Taro Greenfeld’s new novel, “Totally deregulated capitalism has given rise to energy conglomerates that seek to rape the earth … and a runaway greenhouse effect has turned much of America into an inhospitable desert … while extreme wealth inequality among Americans has created a tiny class of have-everythings and a much larger cohort of have-nothings, Subprimes,” according to the publisher.

It doesn’t appear that Greenfeld has had to invent much for his fiction. A fair amount of what he describes is taking place in the United States and the world now. He’s a compelling writer with credits in Harper’s magazine, the Atlantic, the Paris Review and is a PEN/O’Henry Prize winner.

My question is this: “Who’s the audience for this harrowing tale?” Surely it’s not the super-rich. Many of them appear to care less. A number are off to foreign climes to claim alternate citizenship and avoid U.S. taxes.

And those rioting on streets across America might have a tough time coming up with the money for the book. Nor are there a lot of Mother Teresas or Pope Francises around to paw the remainder bins of bookshops looking for a discount on the “Subprimes” either.

Nevertheless, author Greenfeld dedicates his novel to the 99 percent. That’s what I call an optimist. Good luck to him. The 99 percent may not be buyers of the book, but they are sure to agree with what’s in it. Greenfield recognizes the durability of poverty and the jealousy it engenders.

He quotes John Steinbeck’s frightening words from “The Grapes of Wrath” (1938) with profound effect:

“When a majority of people are hungry and cold they will take by force what they need. And the little screaming fact that sounds through all history: repression works only to strengthen and knit the repressed.”

When Steinbeck wrote these words there was no television, Internet or pervasive social media. And yet the reality of the “repressed rising” was true – even if it took longer than the milliseconds it now takes to attract and connect an aggrieved crowd.

Frantz Fanon, the Algerian psychiatrist, noted this same phenomenon of “taking things by force” in his book, “The Wretched of the Earth” (Les Damnés de la Terre), in which he justified violence.

Closer to the present, another novel, “On Such a Full Sea” by Chang-Rae Lee, introduced us to one more dying world in the city of Baltimore. When this novel appeared, an article in the New York Times indicated that Baltimore officials were “stabilizing the neighborhoods” by bulldozing them. A year later Baltimore continues to try to come together to cope with injustice.

All of this is background to the “Subprimes.” Sometimes a look back can bring into sharper focus the importance of the fiction that may be about to become real, if it hasn’t already.

“Subprimes” starts out real enough: “Two dozen bodies lay in duct-tape-patched nylon sleeping bags atop cardboard folded for padding against the pebbled, cigarette-butt-and-bottle-cap-littered earth ... above was a crumbled freeway ... one of the new toll roads that whisked the wealthy from mansions to airports.” It’s a description of a squatters’ camp in California.

Into this scene Greenfeld introduces a woman named Bailey. She could be anywhere from 35 to 50 (she hasn’t the money to dye her hair anymore). Bailey stirs beans for her family under the bridge. She used to route claims for a dental insurance company. This was before she was made redundant because of better software and cheaper labor. Before that she was an elementary teacher until the state stripped the teacher unions of bargaining power. Now she was doing temp labor and distressed by seeing her children Jeb, Vanessa, and Tom unwashed, going feral.

For convenience, the media lumps millions who are squatting as the subprime. They are living in what are called “Ryanvilles,” shanty towns similar to those of the Great Depression.

Subprime is a word less descriptive than “homeless,” but they are unemployable, our writer says, “fugitives from warrants for collection and summons,” trying to stay out of prisons run by massive corporations like Bechtel and others.

So what happens in the novel? All is not lost. “A hero emerges – a woman on a motorcycle – suspiciously lacking a credit score … who may just save the world.”

She’s “a woman of medium height with black hair, copper skin and blue eyes. She has full, deeply grooved lips that made the men grin and the other women distrust her … but she was cautious … making a point of helping the women with kids or cooking. She kept a motorcycle just inside the fence.” She has only a small pry-bar for protection.

The hero’s name is Sargam. She’s never revealed her given name. Her name makes her sound as if she might be a member of a bottle gang. She’s an orphan.

America is falling apart in the novel. Everything is given over to private enterprise by the government: education, infrastructure, even justice. Nothing works anymore and even the press is crooked, in league with Wall Street and Pastor Roger, the leader of a mega-church, who helps overlords pretend to cover their sins with a religious veneer.

Sargam leads her people to Nevada where they attempt to build a Thoreau-like community of equity and justice called Valence, “A Walden Two with a gang of boys.” But even that is threatened by profiteers who learn that they can frack oil beneath the new community.

Is Sargam real? Will she and her followers be able to turn things around? Valence could look like a cult. Can sanctuary be just another word for surrender?

Sargam has no credit score, but she knows the score. “I’m flawed … I’m a harlot. I did what I had to do to survive ...” What gives her authority, she says, is that she’s subprime. “The poor, played by Washington, by Wall Street, by big oil …,” are forever running.

Sargam rallies her followers by saying “We are fighting for a cause. We are sacrificing our comforts, our rest, even, perhaps our health and our lives, so that we can somehow lessen the suffering of so many. That is what we are doing. We are helping. People helping people.” This is what gives her authority, relates the author.

Will they be forcibly removed from Valence?

I’m saying a little prayer, but I’m not holding my breath. Miracles can happen if people believe.

But the deck is stacked against true believers in this Molotov-cocktail of a novel.

Unless readers of “The Subprimes” are dead to human feeling, they must be seized by the misery of the dispossessed, thinking: “These are our brothers and sisters. They need help.”

Michael D. Langan is a frequent reviewer of books for The Buffalo News.