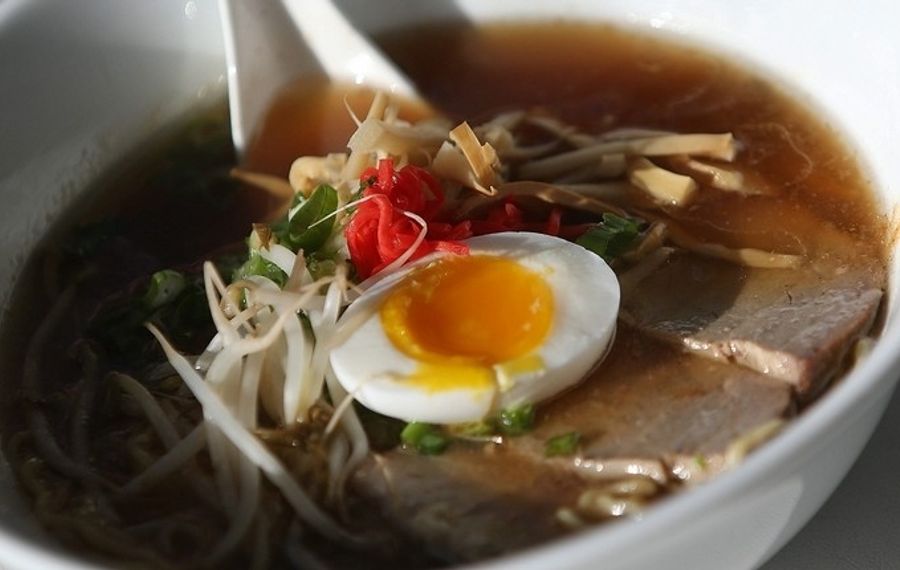 The owners of Elmwood Japanese restaurant Sato are opening a ramen and noodle bar in University Heights.

The space at 3268 Main St., formerly Kung Food, will offer Sato’s popular housemade ramen in a variety of styles. It also will feature soba, buckwheat noodles served either cold with dipping sauce, or hot in soup. “We just signed the lease, so we’re looking at probably mid-May,” said owner Joshua Smith.

His wife, Satomi, the chef of the couple, comes from a family of ramen shop owners in Japan. The University Heights spot, with about 25 seats at a ramen bar and common tables, is the kind of place they expected to open originally, Joshua Smith said.

“We always had an idea of having a ramen restaurant, smaller and cozy, with focus on the noodles,” he said. “But when we came across the spot on Elmwood, it was a little fancier than we were expecting, so we sort of opened the menu a bit there.”

The Smiths have been learning how to make soba and ramen noodles from a Japanese noodle master in Manhattan. Housemade ramen noodles and soba are now available at Sato, 739 Elmwood Ave. On Main Street, “we’ll also be doing soba and different ramen styles, with a little quicker service,” he said, and Sato Ramen also is expected to offer beer, wine and sake.

Library cafe expanded: Falafel Bar has taken over Fables Café in the Central Library, expanding its hours and broadening its menu with Mediterranean, vegan and gluten-free offerings.

Oded Rauvenpoor, the Israeli chef-owner of Falafel Bar, 3047 Sheridan Drive, Amherst, also is expanding the hours of the cafe at 1 Lafayette Square. It will be open from 8 a.m. to 4 p.m., including Saturdays.

Rauvenpoor is diversifying downtown’s morning and midday menu with lunch choices for the animal-avoidant, featuring avocado, quinoa, hummus and other vegan options, including vegan soup every day. There’s numerous gluten-free choices as well.

He’s added an espresso machine, with a “full lineup” of espresso drinks. The operation will be run by general manager Leah Wiseman.

Starting April 14, the menu will be refocused to French steakhouse. Bryndle is considering a new name, Entrecôte, to reflect the change for his restaurant, at 4610 Main St. (Entrecôte is a French term for a cut of sirloin steak.)

“We’re going to lose the American-slash-Italian cuisine that we picked up when we moved out to Snyder,” Bryndle said. “I started serving pinot grigio and crabcakes. Now I think people are more in tune with the program.”

The bar inside Tabree, in Snyder. (Buffalo News file photo)

Housemade charcuterie is over. It’ll be meat-and-potatoes with a French twist, he said. “Big meat and seafood French style, a lot of stuff on the grill,” he said, and dishes like moules frites and escargot.

Bryndle is changing cooks, too. Executive chef Dustin Murphy’s last day will be Saturday. Adrian Bylewski and Chris Keller will be “chefs-de-cuisine,” but neither will be appointed chef, which is French for “chief,” by the way. “I’m doing it the way I used to do it,” Bryndle said. “I’m in charge.”

Heading south: Murphy will be joining Bryan Mecozzi at Black Iron Bystro in Blasdell after his stint as Tabree executive chef ends.

“The immediate plan is to continue what I’m doing, pick (Murphy’s) brain on what he wants to get into, and see what works,” said Mecozzi, the chef-owner. Murphy will start at Black Iron Bystro, 3648 South Park Ave., on April 21.

Murphy and Mecozzi are childhood friends who grew up in the same Angola neighborhood, and graduated from Lake Shore High School. Murphy will run day-to-day operations while Mecozzi works on expanding the business with special events and catering, Mecozzi said. “We are really excited to be working together and there is a lot of trust between us – a very promising move,” Murphy said.

Lunch mole: Fresh off a win at the March 29 edition of the Nickel City Chef live cooking contest, Youngstown’s only Acapulco-born chef will start offering a lunch menu of his Mexican-inspired cuisine.

Send your restaurant news to agalarneau@buffnews.com