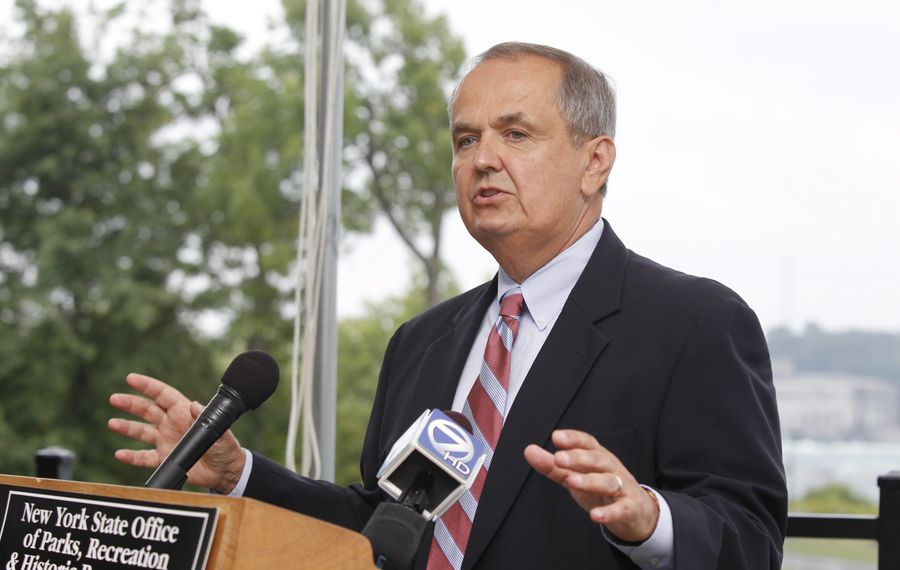 A key member of George D. Maziarz’s inner circle has testified before a federal grand jury investigating the former state senator’s campaign expenses and other matters, according to a source with knowledge of the situation.

Henry F. Wojtaszek, the former Niagara County GOP chairman and a longtime Maziarz associate, was subpoenaed in December to appear before a Manhattan grand jury assembled by U.S. Attorney Preet Bharara, said the source, who asked not to be identified because of the sensitive situation.

Wojtaszek, an attorney, is not considered a target nor has he been implicated in any aspect of Bharara’s investigation, the source said. But he was summoned to New York for questions about his knowledge of Maziarz’s campaign, with the source declining to reveal to The Buffalo News any details of Wojtaszek’s grand jury testimony.

Neither Wojtaszek nor his attorney, Patrick J. Brown of Buffalo, would offer comment. Nor would Joseph M. LaTona, attorney for Maziarz. James M. Margolin, the U.S. attorney’s spokesman, also would not comment.

Maziarz, meanwhile, has acknowledged that his campaign is under scrutiny but has also insisted he has nothing to hide.

State and FBI investigators are delving into about $140,000 of unitemized expenses outlined in the senator’s campaign finance reports over the years. The News has previously reported that state and federal authorities also are probing whether Maziarz’s fund secretly bankrolled his chosen candidates for local offices in Niagara County, and whether relevant documents may have also been destroyed.

The federal probe has been underway for several months, but it is not clear how far it has advanced, whether charges will result, or if the entire matter could be dropped. At least two former Maziarz staff members were subpoenaed to provide documents sought in the investigation.

Shortly after Maziarz announced last summer that he would not seek re-election, The News reported that Alicia D. Colatarci, who resigned last July from her $82,000-a-year job as Maziarz chief of staff, had been subpoenaed in connection with the case. Her lawyer, former Syracuse U.S. Attorney Daniel J. French, would not comment on whether his client has appeared before the grand jury.

“Alicia has cooperated with law enforcement and will continue to do as requested,” French said.

Buffalo defense attorney Rodney O. Personius, representing former office manager Marcus R. Hall, said his client has “acted cooperatively with the federal investigation and is prepared to continue to do so if called upon.”

Personius also said Hall has not appeared before a grand jury.

“There have been meetings on several occasions with attorneys and agents involved in the investigation,” he said. “There have been questions as far as Marcus is concerned, but there has been no contact for five or six months. Certainly our view is that he is not a target nor should he be.”

Maziarz has been under federal and state scrutiny since before his July announcement that he would not seek re-election to the seat he had held since 1995. His decision, which followed the resignation of two key aides and Bharara’s assumption of the investigations of Gov. Andrew M. Cuomo’s now defunct Moreland Commission on Public Corruption, stunned the local and state officials because of his power and influence.

While Maziarz campaign treasurer Laureen M. Jacobs was also subpoenaed last year in connection with the case, another source familiar with the situation said she has not appeared before the grand jury, is not a target and is cooperating with investigators.

Attorney Terrence M. Connors of Buffalo, who is representing Jacobs, also would not comment.