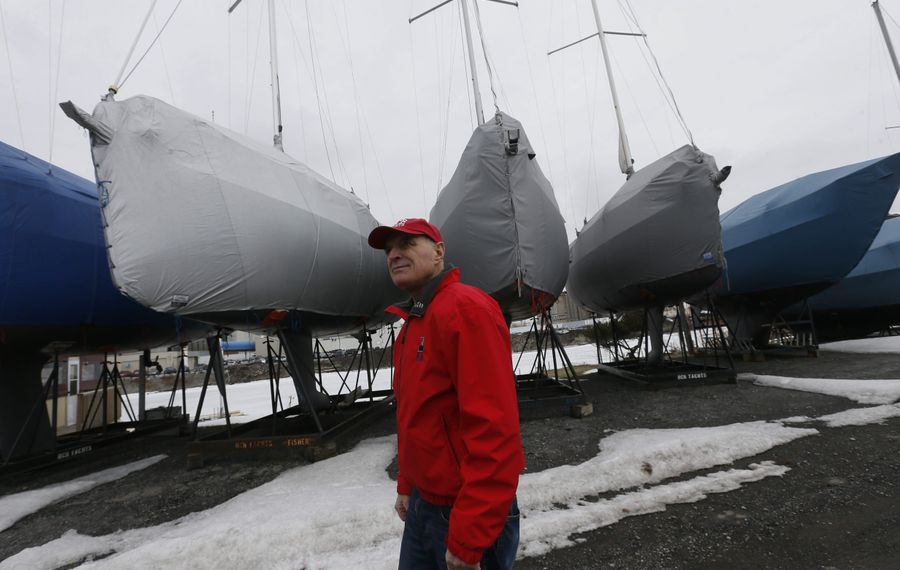 With ice on the lakes and temperatures just above freezing, boating season seems far over the horizon.

But suddenly, boats – of the very expensive variety – are a hot topic, thanks to a tax break tucked into the state budget.

The provision makes the amount of a yacht’s purchase that exceeds $230,000 exempt from sales tax. Advocates call it necessary for New York to compete with other states; critics blast it as a giveaway to millionaires.

People in the business of selling high-end boats say New York State, as well as local industry workers and suppliers, would ultimately benefit from capping the sales tax on luxury vessels.

Don Finkle, CEO at RCR Yachts, said New York State has been losing out in two ways: First, New York State residents are buying high-end boats in states with lower sales tax burdens, and second, those owners are keeping their vessels in other states, to avoid a substantial tax bite at home.

Finkle said a lot of those boat sales currently migrate to Florida, which caps its sales tax on yacht purchases at $18,000. The change included in this year’s state budget, he said, would put New York State essentially in line with Florida, and, ideally, make New York residents more likely to buy and keep boats here.

Finkle serves on the board of a North American yacht brokers’ group, and the sales tax cap issue is a prominent one. “The states that don’t have it obviously would like to have it, because those businesses are losing money and those states are losing money,” Finkle said.

Finkle said many Western New York residents keep their boats elsewhere, such as Florida; he said the new budget measure would New York State a more appealing place to keep their boats, and in turn help the economy. “New York State businesses would benefit from the fact that the boat is here: service, storage, repair, anything that goes along with the usage of that boat in this area.” And the state would collect sales taxes on those services and supplies like fuel, he said.

Without the new measure, he said, New York residents who buy high-end boats in Florida are disinclined to bring the vessels back here, because they have to pay the balance of the New York State sales tax owed for that purchase, after receiving credit for the amount they paid in Florida sales tax.

As a budget deal emerged, the yacht tax cap issue sprouted into a symbol of the fight over competing priorities. Kirk Laubenstein, executive director of the Coalition for Economic Justice, called the tax break “shameful,” adding the state would be better served raising the minimum wage and spreading the benefits among people who could use a boost. “We’re working with folks, fast-food workers and other low-wage workers, that are just hanging on here in Buffalo,” he said.

Laubenstein said the tax break sends the wrong signal by providing an incentive for the wealthy: “New York has some of the highest inequality in the nation.”

RCR has five locations, four of which are in New York State. Finkle estimated RCR sells about 15 boats a year in the $230,000-plus range, but he believes it could sell more. “Right now, what’s happening is a lot of people have been buying boats elsewhere and we don’t even know about it, and they try to avoid [buying] here, because it’s been so expensive here for so long, from the tax standpoint,” he said.

Thomas Frauenheim, a local boat broker whose territory extends to Central New York and the Thousand Islands, said any kind of tax break in New York helps. “If you’re talking about boats in this price range, that does give you an edge.”